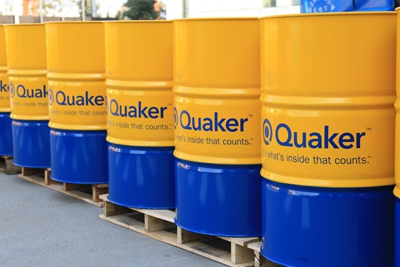 The industry has seen an increase in the use of Compacted Graphite Iron (CGI), particularly in the manufacturing of truck and automotive diesel engine blocks and cylinder heads. CGI provides a number of advantages such as improving fuel efficiency and engine performance because the higher material strength enables the production of thinner walled parts which results in lighter weight. However, one drawback is that CGI is more difficult to machine than conventional cast iron. Thus, manufacturers note that when the same metalworking fluid is used for machining CGI in comparison to traditional cast irons, tool wear can go up as much as 90 percent faster, resulting in additional costs and downtime. One solution is the use of specialized cutting fluids, which can mitigate the machining challenges presented by CGI.

Quaker Chemical Corp. has developed lubricating technologies designed specifically for machining CGI. Quaker customers to-date have reported tool life increase by as much as 20 to 40 percent when machining CGI. Supported by extensive worldwide research, technical expertise, and hands on experience, Quaker utilizes its North America Technology Center to develop and test its metalworking fluids through challenging machining operations similar to those performed by its customers. The company collaborates with customers, universities and OEMs to conduct various fundamental studies aimed at development of optimized CGI machining processes including machining parameters, tooling, fluid composition and fluid delivery.

To address the challenges of machining CGI, Quaker has introduced QUAKERCOOL 7020 CG, a new metalworking fluid technology developed specifically for CGI enhanced machining and designed to significantly reduce tool wear rates. An example from a recent Quaker study of the enhanced performance offered by QUAKERCOOL 7020 CG is shown in the plot below which depicts tool wear versus cutting distance in a turning operation of CGI. There is a 32.6 percent increase in tool life when using QUAKERCOOL 7020 CG over a conventional ferrous machining fluid and a 124 percent insert life was seen over that obtained for dry machining.

QUAKERCOOL 7020 CG excels in the machining of compacted graphite iron, while still maintaining its effectiveness in use with other ferrous materials as well, according to the company. QUAKERCOOL 7020 CG provides exceptional performance yielding significant savings by improving the rate of tool wear and the quality of the CGI machined part.