The ins and outs of machine tool spindle maintenance

The control is the brain, the servomotors the muscle, but the spindle is the heart of any CNC machine tool. Just as with humans, machining centers need a dependable heart to avoid tragedy. For machine shops, that tragedy manifests itself as unexpected repair bills and days or even weeks of downtime.

Customer deliveries and cash flow alike are affected when a spindle seizes; cutters break, parts are scrapped, and operators may be injured. Fortunately, a robust machine spindle preventive maintenance plan helps avoid all this unpleasantness.

Each spindle builder who contributed to this article offered much the same advice: Keep machine tools and spindles clean, don’t put off repairs until the shop is less busy, and follow sound machining practices.

These are all great recommendations, but the sad truth is that, no matter how vigorous the maintenance strategy or faithful its application, stuff happens. “Today’s machine tools are incredibly complex and becoming more so all the time,” said Claude Valenze, general manager at High Speed Technologies Inc., Candia, New Hampshire. “Because of this, programming or setup mistakes are very easy to make and often result in a machine crash. For us, this is the most common reason for spindle repair.” 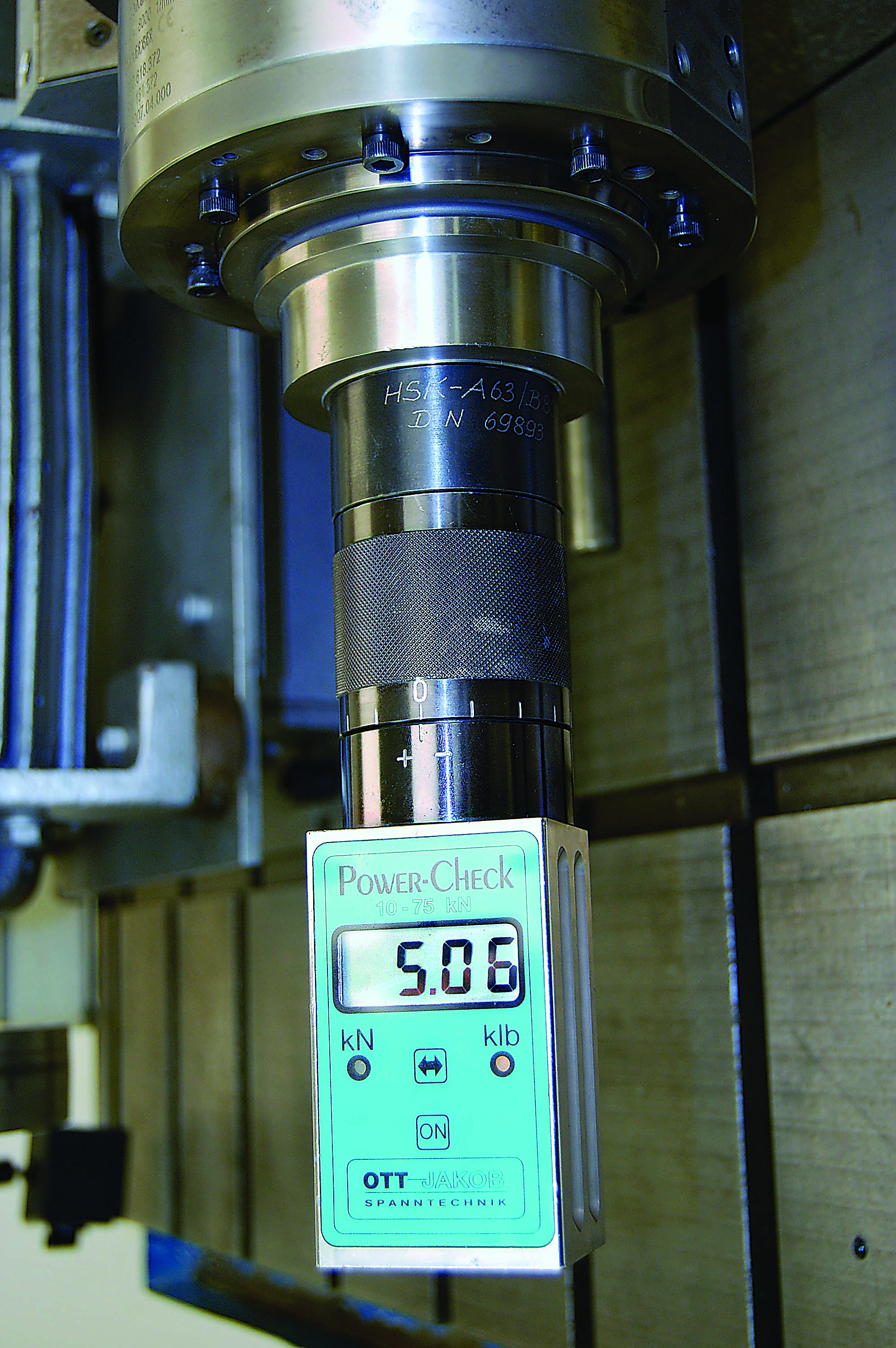 Valenze said toolpath simulation is a top way to avoid crashes. To help avoid future ones, he advises to watch where coolant goes.

“Any spindle running faster than 3,000 rpm uses labyrinth seals, which do not make direct contact with the spindle shaft,” he said. “If cutting fluid is sprayed directly at this seal, it can bounce up inside the bearings, eventually destroying them.”

Valenze explained that machine builders compensate for this with positive air pressure inside the spindle housing, using what’s called an air knife or air curtain. “This is usually effective,” he added, “but it’s still a good idea to direct cutting fluids down and away from the spindle face. Also, allow the spindle to run for a few seconds at the end of each machine cycle with the coolant turned off.”

Don Loveless, sales manager at GMN USA LLC, Bristol, Connecticut, sees similar spindle scenarios. “Crashes are No. 1, but coolant contamination is also quite common,” he said. “The labyrinth seals tend to draw coolant up into the bearings, which is why you always want to make sure the air purge is functioning properly and that you have clean, dry air going in.”

As mentioned earlier, improper tool application is another routine mistake. All machine spindles are rated for a certain mass. When using tools that are too large, too long or out of balance, premature spindle failure is bound to occur.

“It’s usually the rear bearing that goes as that’s what takes most of the load in this situation,” Loveless explained. “When in doubt over what’s too big or too heavy, call us or check with your machine tool builder. We’ll be happy to do the calculation for you.”

Assuming that your shop follows this article’s recommendations, there’s a good chance of being able to replace spindle bearings yourself—Valenze even offers a multipart tutorial on his blog at www.highspeedtechnologies.com/blog. But for shops that would rather focus on making parts or in situations where a spindle is damaged to the point that grinding is necessary, send it to a company that specializes in spindle repair. 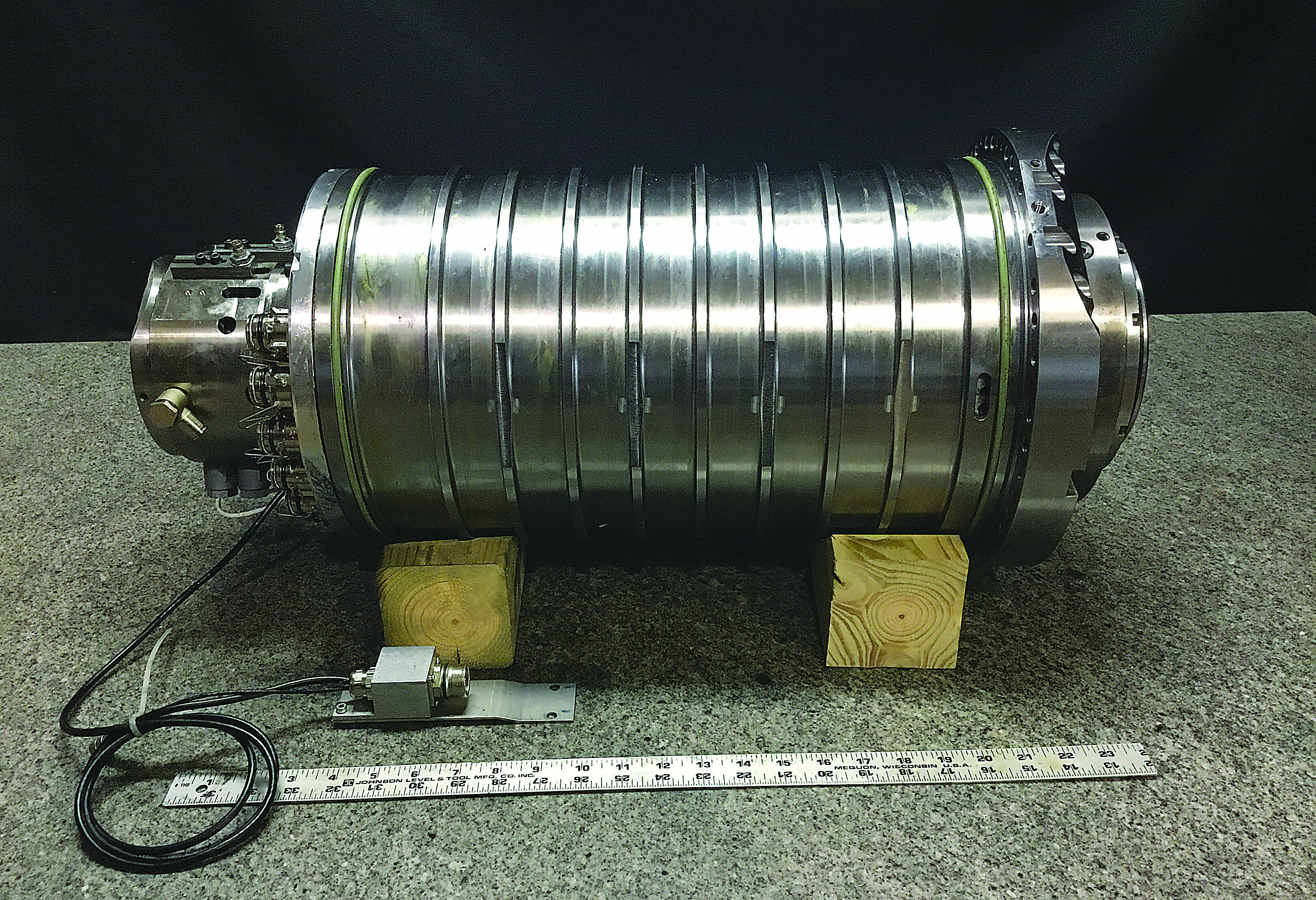 Motor City Spindle Repair Inc., Dearborn, Michigan, is one such company. Owner and Vice President Brian Burns agrees that many shops can perform basic spindle rebuilds, especially shops with less demanding work. However, he noted, bringing the spindle back to factory specifications—remanufacturing it, in other words—is the most cost-effective, dependable solution for most machine shops.

“That’s one of the main reasons why we moved recently into a bigger facility, so we could bring all the stuff we were once outsourcing back under our direct control,” Burns said. “That means the grinding, the machining and so on—whatever’s needed to make spindles like new again.”

The move has also helped the Motor City team promote one of its products, a machine tool monitoring system from Italian company Balance Systems SRL. Burns said installing such a system “basically turns a CNC into a smart machine,” allowing users to monitor spindle temperature, vibration, cutting forces and more. “There’s even a setting that shuts the machine down if there’s a crash or other problem, so you can avoid having to send your spindle to us in the first place,” he said.

Burns added: “We often find that people buy the wrong machine for the job. They might choose one with a 15,000-rpm spindle and then end up hogging at 4,000 rpm all day. It’s like using a Ferrari when what you really need is a Mack Truck.”

Actions can be taken to modify a spindle’s capabilities, he said, including beefing up the seals, using a bearing with a different load rating and encapsulating the motor windings.

“It depends on the exact spindle design and what processes you’re doing,” Burns noted, “but there are many ways to extend spindle life while achieving better performance.”

Perhaps the most effective way to eliminate wear and tear on machine spindles is to leave them turned off. That’s according to Mike Shea, product sales manager at NSK America Corp., Hoffman Estates, Illinois, who said an auxiliary air or electric spindle provides speeds up to 80,000 rpm and greatly increases the capabilities of even the most basic machine tools. 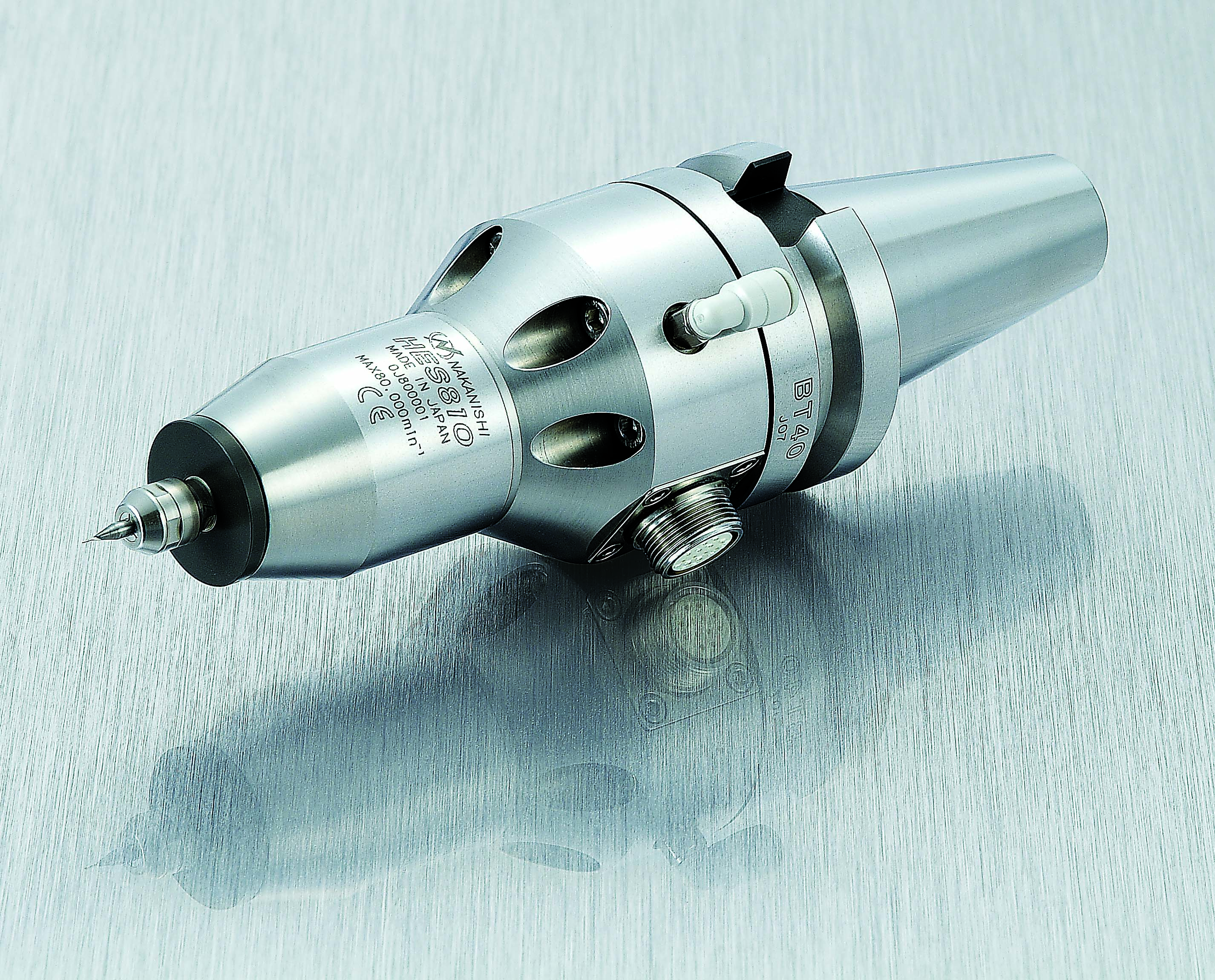 For some applications, an electric spindle is an excellent way to avoid machine wear and tear while achieving high spindle speeds. Image courtesy of NSK America

For example, a moldmaker might use one of NSK’s electric spindles to finish or semifinish a large mold cavity. Or a medical parts manufacturer could use an electric spindle to drill a series of tiny holes or mill miniature part features. Because electric spindles are rated for continuous use, there’s no worry about running them around the clock. One downside, however, is the need to disconnect the motor cable and air cooling tube before changing a tool.

“There’s always some give-and-take with an electric spindle motor,” he said. “You can spin them wide open for as long as needed, but you have to understand that you’re dealing with a 1⁄2-hp motor, not one with 10 or 20 hp. That means light cuts and high feed rates. As long as you can work within those guidelines, they’re a great solution for a number of applications.”

For more information about NSK America, call 800-585-4675 or visit www.nskamericacorp.com.

The belief that drier air is better may not be true across the board with machine tool applications. However, the idea certainly is valid in the context of the air supply to machine tool spindles.

More often than not, poor air supply to spindles is a significant factor in premature machine tool spindle failures. Whether the air supply is dirty from particulate contaminants or more predominantly moist, such contamination can be disastrous.

Maintenance personnel and operators alike too often focus primarily on proper lubrication supply to spindles. Yes, lubrication is extremely important, as improper configuration can cause immediate spindle failure. But a contaminated air supply is what we refer to as the “silent killer” of spindles.

An estimated 80 percent of spindle failures are because of contamination. The assumption often is made that contamination is caused by ingress from an external source—for example, grinding swarf or coolant. End users might be surprised to learn that in many cases they are slowly but surely killing their production lifeline: spindles. 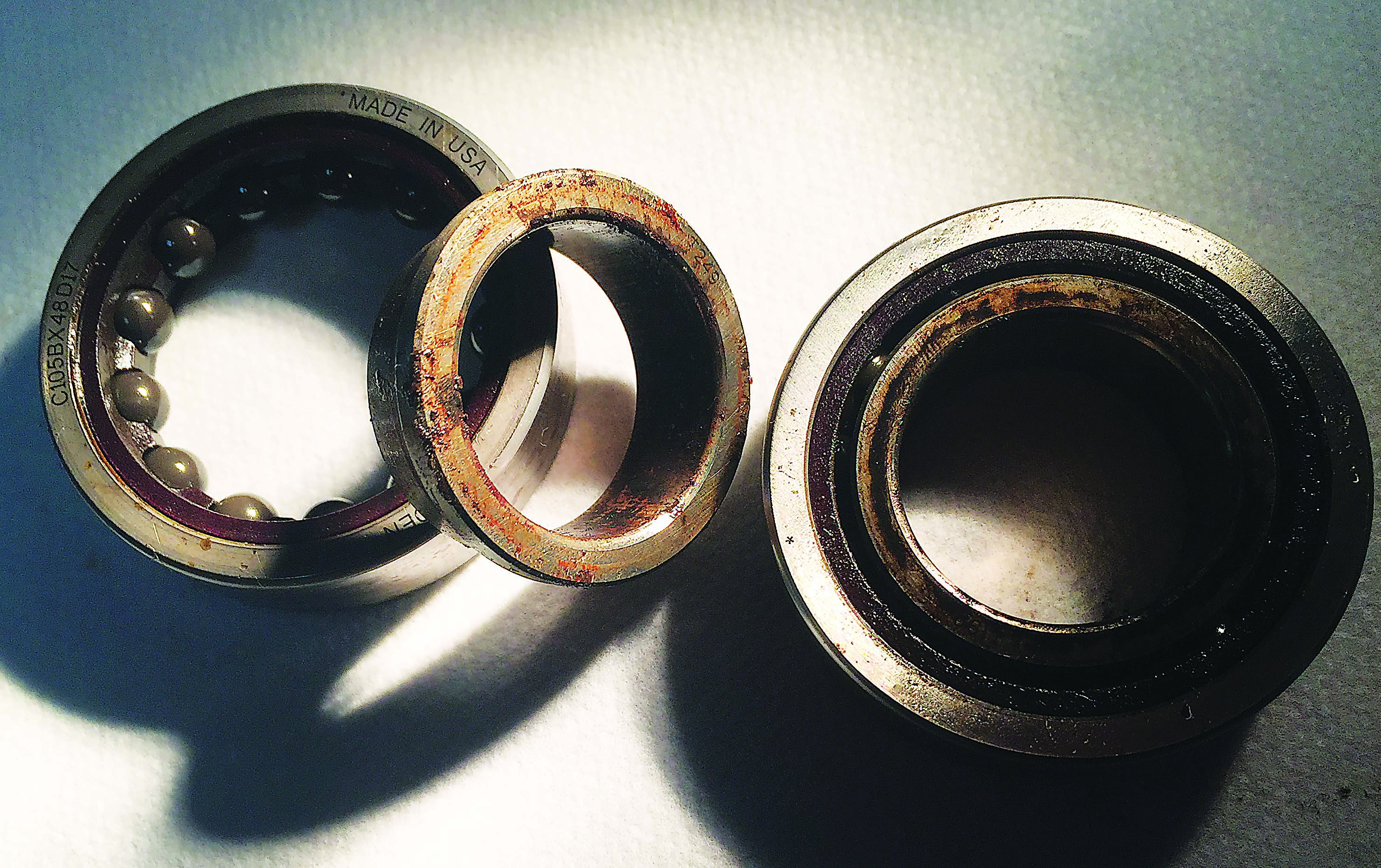 The following is a case in point. A large, well-known, experienced Pennsylvania-based automotive parts manufacturer routinely runs 24/7 production utilizing Bryant high-speed ID grinding spindles. In 2016, the manufacturer’s spindle failures required 40 repairs, with contamination failures representing 80 percent of those. GTI Spindle Technology Inc., Manchester, New Hampshire, worked closely with the end user to track and trend these failures, not only by the spindle serial number but more importantly by the serial number for the machine tool that the spindle was deployed in.

Today, after diligent teamwork, routine cause-of-failure assessments and machine tool assessments, the spindle failure rate has dropped by nearly 50 percent. The reason in this case is because drier is better.

The auto parts manufacturer purchased and installed a three-cell dryer. Its overall capacity is 7,500 ft.³/min., so the company only ever needs to run two cells at a given time. The advantage to the three-cell dryer is that one cell can receive maintenance without stopping production.

GTI Spindle Technology recognizes that in today’s manufacturing world, machine uptime is one of the most critical objectives that production facilities face. That said, it is incumbent upon service providers to provide the fastest lead times possible and, at least as importantly, to work with manufacturers. The goal is to identify issues, assist in corrective actions and optimize spindle usage and support systems to prevent unnecessary machine tool downtime. 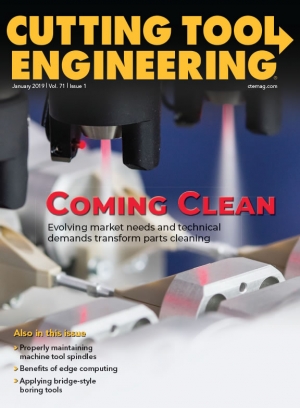