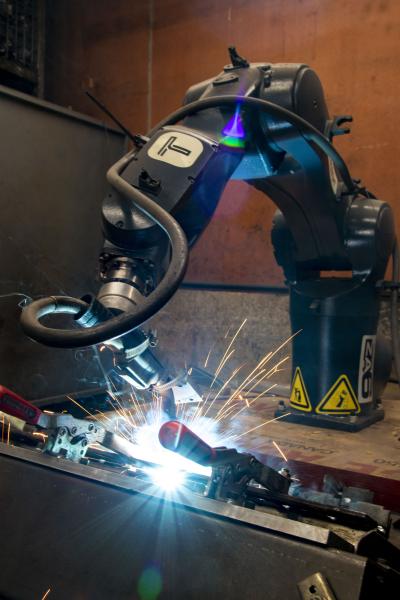 Tormach Inc., the industry’s leading supplier of affordable and compact CNC machines, has announced it has launched its latest product, the ZA6 robot. The ZA6 robot is built to industrial standards, utilizing EtherCAT servo motors, harmonic gear drives, and aluminum castings. It can carry a 6kg payload through a reach of 975mm with impressive speed and repeatability. Requiring only 20A of single-phase 220VAC, it can be installed almost anywhere. At less than $20,000, it represents one of the best robotics values on the market.

The ZA6 is the only industrial robot to use Python as its programming language. Python is popular, easy to learn, powerful, and because it’s commonplace, it makes it incredibly easy to integrate ZA6 with other Python-driven systems. With over 200,000 Python libraries available, most of the work required to connect the ZA6 to the outside world has already been done.

The ZA6 is powered by PathPilot, Tormach’s award winning control software. PathPilot is so user-friendly that no expertise in industrial robotics is required to program the ZA6 in most applications. Tormach is committed to helping customers succeed, providing resources like a YouTube tutorial series, user forums, and industry-leading technical support.

Tormach’s PathPilot Robot control system is built on Robot Operating System, the world’s most popular computing platform for robotics research. Because ROS and PathPilot are open-source, the ZA6 is particularly attractive to people who ROS researchers or others who need code transparency, or want access to low-level system variables.

“The new ZA6 robot is a natural addition to Tormach’s product line,” said Andrew Grevstad, Tormach’s Business Development Director. “Like our CNC mills, lathes, plasma tables and routers, it is designed for ease of use. It is perfect for entrepreneurs, small businesses, educators, and is available at an attractive price point.”