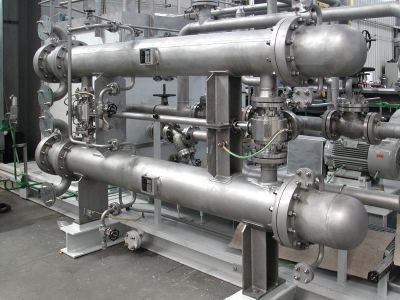 VpCI-371 is a high-temperature aluminum solventborne silicone coating that provides corrosion resistance on metal substrates. It will dry tack free to 5B hardness in about 20 minutes at room temperature and will achieve 9H hardness after heating. This is an ideal coating for applications that will reach high temperatures because the coating is heat stable to 1200° F with prolonged heat resistance from 400-1200° F.