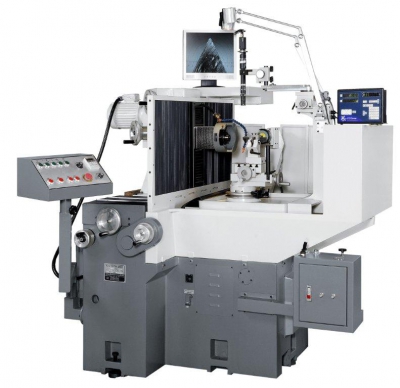 All models feature a unique video optical system with 15-120x (zoom) magnification and a black and white video monitor. This system provides a higher magnification and/or a larger field of view than most machine-mounted optical comparator systems, according to the company. In addition, the video camera moves with the worktable for easy setup and for inspection during and after grinding.

The Model FC-500D is a large, versatile machine. In addition to all of the capabilities of the FC-200D and FC-300D, the FC-500D features vertical grinding spindle travel, a wheel travel range of 500mm and an oscillation stroke of 70mm. The Model FC-500D is also designed for grinding reamers, drills, endmills and multistep form tools.