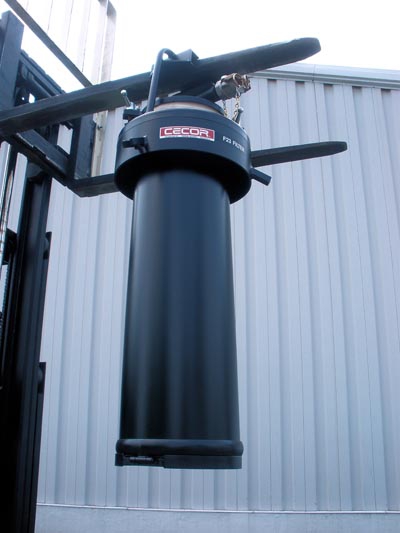 CECOR announces a special F23-S filter for its SA5-175PT Sump Shark specifically for waterjet cutting applications. The modified F23-S filter helps avoid garnet buildup in the catch tank that can be so troublesome. Continuous filtering systems cannot always keep up with garnet removal alone. Avoid the buildup by using the Shark and F23-S filter for scheduled maintenance to remove the excess garnet. The Shark can remove garnet that accumulates in dead spots that "drop-in" hose systems miss or that settles too quickly for filtration systems to catch, according to the company.

Once the tank becomes full of garnet it is difficult to clean. Shoveling the sticky garnet can take days and climbing in and out of large tanks is dangerous for workers. Renting an excavator or hiring a large vacuum truck to pump out is an expensive solution. Avoid having to completely empty the tank for cleaning by using the Sump Shark for scheduled maintenance.

The high-suction SA5-175PT Sump Shark has pump-in/pump-out capability and operates on plant air supply. Air units have no moving parts (for low maintenance) and are simple to operate. The unit has a 175-gallon tank with a flush-to-the-bottom< cleanout door for easy cleaning. The Shark has suction lift of 26" Hg (350" water).