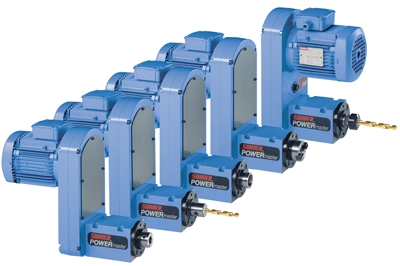 SUHNER introduces a new and redesigned version of its BEX15 machining unit, capable of a spindle speed increase from 18,000 rpm to 23,000 rpm.

This improvement is the result of a complete redesign of drive and spindle bearing components. A new style timing belt drive multiplies the motor speed up to 13,050-rpm spindle speed. An AC-inverter drive is used to increase the spindle speed up to 23,000 rpm at 87Hz.

The machining unit BEX15 can be applied in axial and radial orientation, directly mounted to a SUHNER slide assembly type UA15-PH or UA15-CNC. In this combination, numerous machining operations such as milling or demanding drilling cycles, including jump or peck feed, can be accomplished very easily.