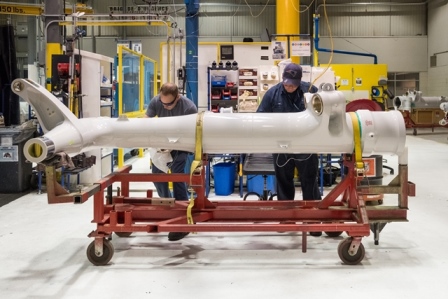 Safran Landing Systems is the world’s largest manufacturer of aircraft landing systems. At its plant in Mirabel, just north of Montreal, Quebec, the company builds landing gear for Airbus and Boeing commercial airliners—the mainstays of the global aviation industry. Every day Safran’s products get hundreds of commercial airline flights into the air and bring them safely to their destinations.

The aerospace sector is a technically demanding field, and as the world’s largest supplier of landing gear, Safran has proven that it can meet whatever challenge its customers present. One of the ways it does that is by leading the industry in the use of advanced technology solutions to support manufacturing and data gathering. The company has an entire department dedicated to Industry 4.0, which works to improve how the company collects and uses the massive amounts of data generated during manufacturing. The company also spends about 7% of its revenue on research and development. 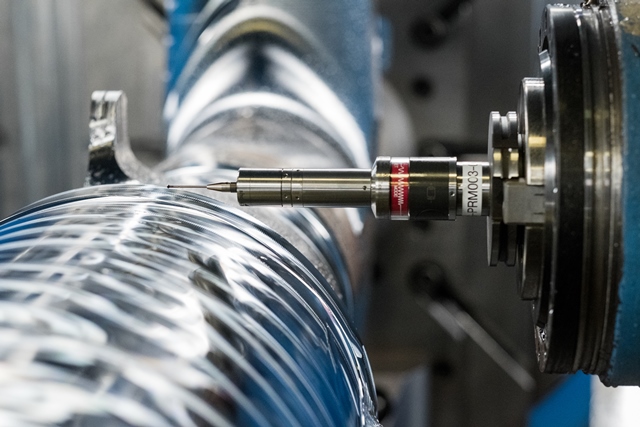 Safran manufactures the main component of the landing gear in Mirabel, north of Montreal. Overseeing the manufacturing process is the NC coordinator, Shawn Page. “It’s a machining-intensive process, and our customers are very demanding when it comes to precision,” he said, when describing its process for building landing gear components. “Surface finish is critical.”

A couple of years ago, the Safran plant in Mirabel was expanded to handle massive new landing gear contracts from Airbus and Boeing. In addition to expanding its plant, Safran needed to ramp up capacity while maintaining the highest standards of accuracy and repeatability by introducing more automation into its parts inspection process. 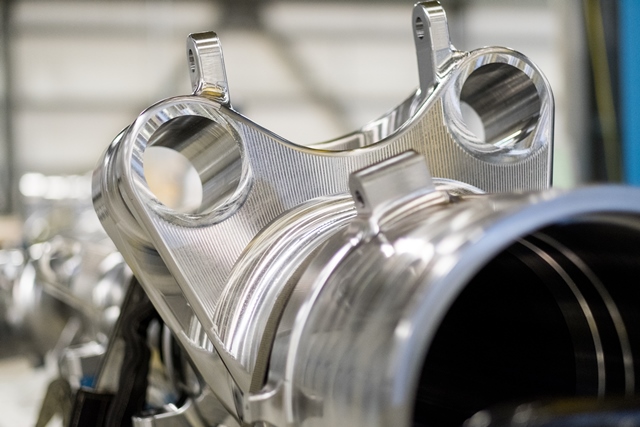 The primary component of each landing gear system starts out as a massive forging, some of them weighing up to eight tons. Each forging is mounted on a CNC machining center that uses heavy cutters to rough in the shape, imparting a rough finish that brings the workpiece close enough to final configuration that only a thin layer of metal needs to be removed to achieve final finish. A second pass removes that layer, bringing the workpiece to the required final finish. The Blum TC64-RG roughness gage is then used to conduct a detailed surface inspection of the finished part. Any irregularities detected at this stage will be minor enough that they can be removed by a final polishing process.

Safran needed to increase automation to handle increased workload, reduce manual processes and maintain and improve its high standards of quality control. Surface finish inspection was one area where Page needed to cut time out of the process, improve accuracy and increase the number of workpiece surfaces under inspection—all with fewer operators available. He also wanted to increase the amount of data gathered during production and have the ability to feed that data back into the production process.

Because surface inspection took place with the finished part still mounted on the machining center, the process cut into the machine’s cycle time, in addition to operator time. There were ten areas on each part that needed to be inspected. The process took around 45 minutes, and because the accuracy of measurement depended on the operator placing the handheld measuring device correctly, the possibility of human error had to be considered. The amount of time required also meant Page was forced to inspect a limited number of surfaces.

When Jamie King, Canadian regional manager for Blum-Novotest, introduced the TC64-RG roughness gage to Page and his team, they were intrigued by its potential to optimize their surface inspection process. “It had the right potential for us,” said Page, “and we wanted to look into it in more detail.”

After several on-site demonstrations at Safran’s Mirabel plant, King arranged a visit for Page to tour Blum’s headquarters in Ravensburg, Germany, to get a closer look. After witnessing the possibilities of the roughness gage, the decision to move forward was made.

During implementation of the TC64-RG, the process included iterative development of custom software to integrate the parts measurement process with Safran’s back-end IT systems. With special funding from their parent company, The Safran Group, to develop the system, Page and his team worked closely with Blum to develop the solution. As King says, “it was very much a partnership to get where we are today.”

Page said he hopes to eliminate human errors during the measuring process by using the TC64-RG roughness gage. He anticipates the roughness gage will also reduce the amount of time required for inspection. Page said he will utilize any time savings by doing an even more robust parts check, inspecting many more surfaces than was possible before. And it will now be possible to check every tool at the beginning and end of each machining pass so that wear and deviation can be spotted and corrected for well before they become a serious problem. In the future, Page plans to migrate this solution to other machines and processes at Safran.