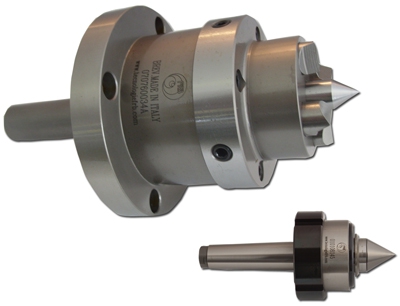 The FRB face drivers feature a patented mechanical compensating system, which is highly adjustable and reliable in the most difficult conditions. Work positioning is maintained with optimal repeatability, according to the company. The use of centers with slots also allows turning of pipe, or workpieces with holes in the end.

The patented live centers offer the exclusive axial load distribution and allows for higher feed rates and deeper cuts. A very high live center thrust can also be applied to the process with this patented center.