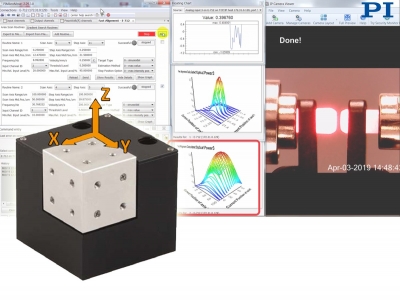 Based on a parallel-kinematic design, with only one lightweight moving platform for all three axes, PI’s P-616 is available with high precision and dynamics in a compact package. Also known as the NanoCube, it is the smallest and lightest system with capacitive feedback delivering 100µm travel range in 3 degrees of freedom.

The piezo scanner can be combined with compact motorized micro-positioning stages, such as PI’s L-505 miniature stage, to achieve long travel ranges up to 1” in a very small package.