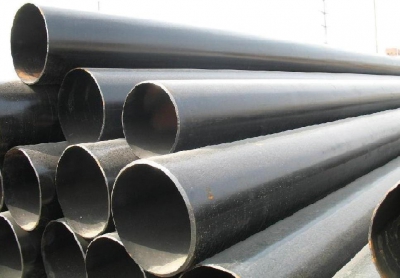 The BONDERITE C-CP process from Henkel for pickling of stainless steel is reportedly providing users with important cost and environmental benefits. Together with Henkel’s expertise and service, it has already provided advantages for several of Henkel’s customers in Italy and the Far East, where this technology has been introduced as an alternative to mixed acid processes.

Stainless steel strip coil, wire and tubes, as well as welded products (car and washing machine components are typical examples), can all be treated. Titanium products can also be treated using this patented process.

Formulations developed by Henkel for removing oxide layers formed during the rolling, annealing and welding of stainless steel stand out from classical mixed-acid pickling systems in one important way, none of them uses nitric acid. Thus, waste water contains no nitrates, which are difficult and costly to remove before the water can be returned to the river or sea. Furthermore, no unhealthy nitrous (NOx) fumes are created during the BONDERITE C-CP process.

The most recent addition to the family of Henkel formulations is BONDERITE C-CP LF2. This is not only totally free of nitric acid but also very low in hydrofluoric acid, LF stands for Low Fluoride. “This product contains by far the lowest concentration of free fluoride of any established pickling chemistry, giving clear advantages regarding environment, safety and health aspects,” says Hans-Oscar Stephan, business development manager Metal Coil Europe at Henkel. “Risks associated with the process are much lower, while the performance of the process and quality of the treated substrates remain unparalleled.”

A further advantage of the Henkel product is the reduced etching effect that it has on the bare metal once the oxide has been removed. Tests have shown that, when treating wire coil for example, losses of the stainless steel can be as much as 80 percent lower than when using alternative pickling solutions. This is roughly equivalent to a saving of 15 euro per tonne of stainless steel.

BONDERITE C-CP LF2 also lasts over twice as long, since the dissolution of base alloy is reduced to a minimum. Overall, there is an important decrease in costs of the pickling process. Users can obtain better results than mixed acids on duplex and super duplex steel, as well as on materials treated without annealing (so-called as-rolled steel).

Stephan further points out that pickling activity using the Henkel product remains constant during the ageing of the solution. Furthermore, there is no sludge formation by metal salts, and the oxide scale sludge that is produced is easy to remove.