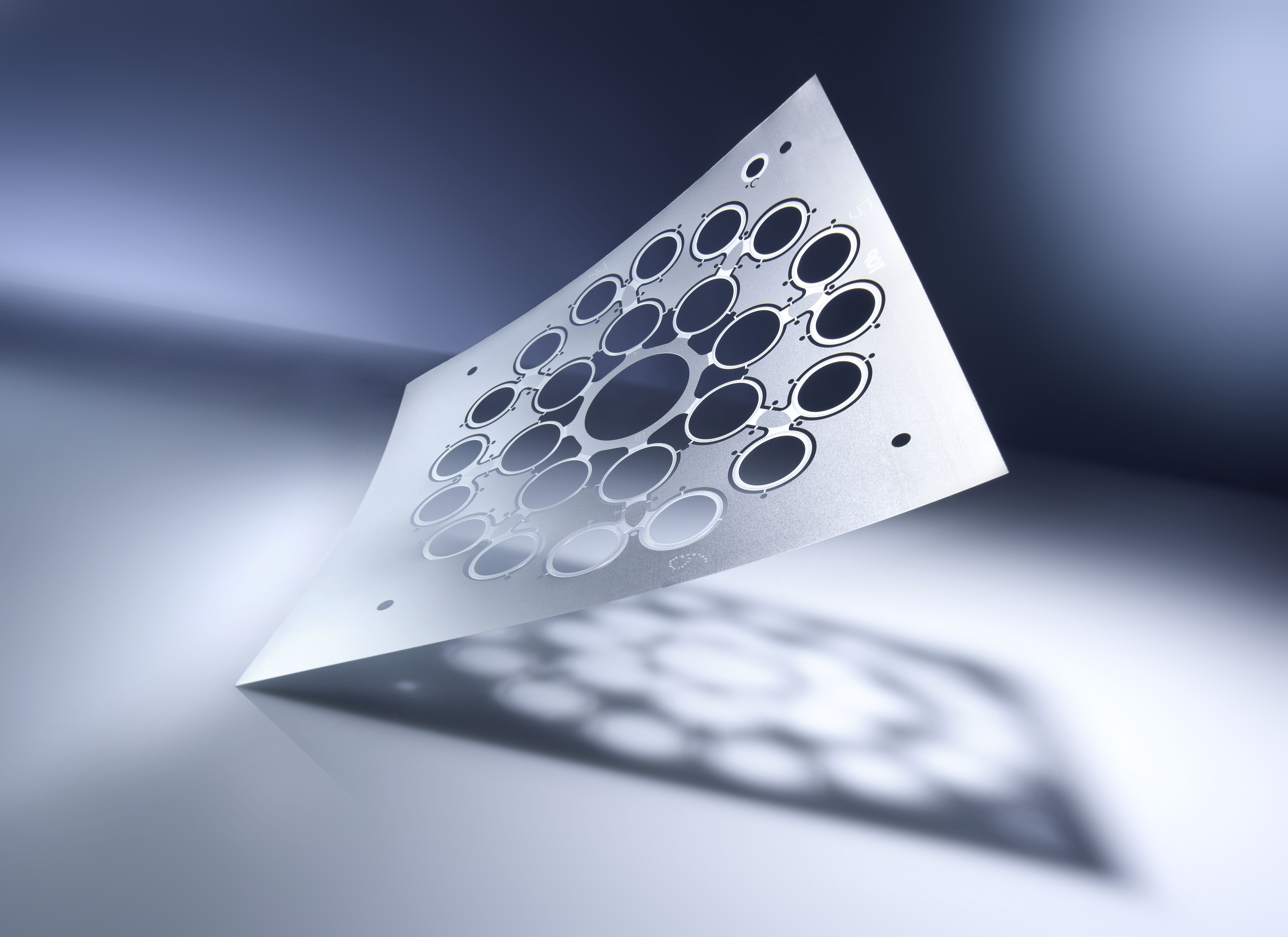 Photochemical etching (PCE) is a manufacturing process that can produce intricate parts with low tolerances. The PCE process is not just a viable alternative to legacy metal fabrication technologies, but in many applications it is the only technology that can achieve the repeatability, accuracy, and geometric complexity demanded by OEMs from across industry, according to a leading PCE company, micrometal GmbH in Muellheim, Germany.

The process characteristics of PCE play to many of the goals that OEMs making precision metal parts require in today’s highly competitive markets. The process produces parts with tolerances as low as ± 7 microns depending upon material and its thickness, this tolerance attainment being unique among all alternative metal fabrication technologies, according to Angel Lopez, director of business development at micrometal.

The PCE process is further characterized by the fact that it produces parts without degrading material properties, stress- and burr-free parts being manufactured with no limitations when it comes to complexity. It can also be used on a broad range of metals and alloys, the “art” often being seen as the creation of different etchant chemistries that can manufacture parts from even difficult to process metals such as aluminium and titanium and hardened metals. 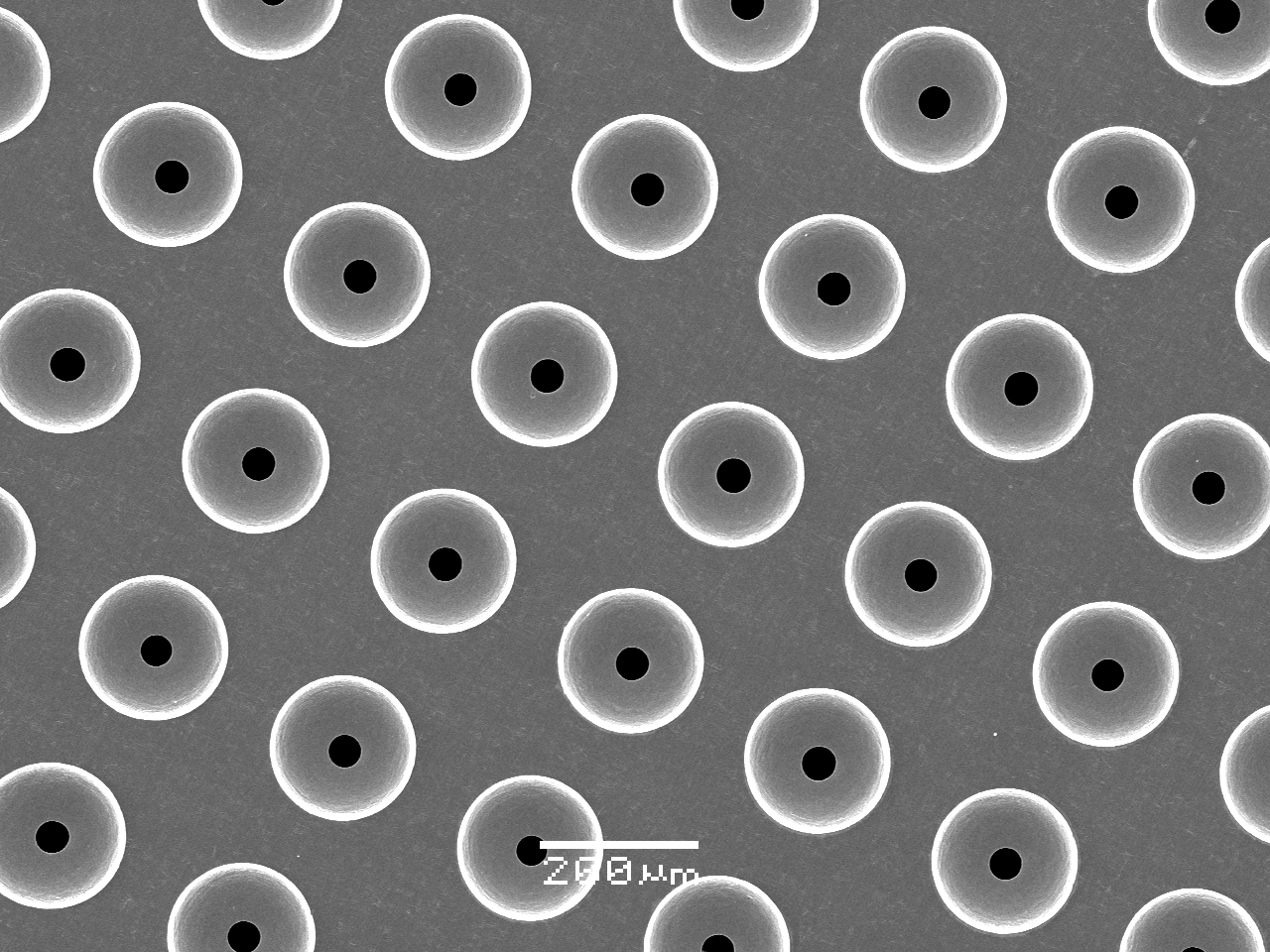 “Etchant chemistries are only one part of the picture when it comes to providing a truly optimized PCE process. OEMs looking for suppliers of intricate, often geometrically complex, feature rich, thin metal parts and components today need to realize that not all PCE is the same,” said Lopez. “Micrometal is at the forefront of evolving the PCE process and offers unique adaptations of the technology that make its already striking characteristics even more compelling for OEMs pushing the boundaries of what is possible in metal part and component fabrication.”

Lopez added that “micrometal’s PCE process is very different from conventional PCE processes, laser processing, or fine stamping. Uniquely, we use a special liquid resist system to obtain ultra-thin (2-8 micron) photoresist layers enabling a higher degree of precision in the chemical etching process. It allows us to achieve extremely small feature sizes of 25 microns, a minimum hole diameter 80% of the material thickness, and single digit micron tolerances repeatably. In addition, along with our optimised exposure system we can avoid the parallax problems typically associated with PCE.”

Lopez said that traditional PCE uses relatively thick dry film resist that compromises ultimate part precision and the tolerances that are available, and it is only able to achieve 100-micron feature sizes and a minimum hole diameter of 100-200% material thickness. “Our PCE process enables ultra-precise contours to take shape, and as such we can produce metal parts with unique features and a level of complexity that cannot be matched. Because of this we consider our PCE process to be an enabling technology, producing hitherto impossible metal parts and components, and therefore driving industrial innovation for our customers.”

The company also offers a continuous PCE process, meaning that metal can be processed continuously from the introduction of initial raw material (typically on a reel) to the final packaging step (which can see finished parts delivered on a reel). The company’s continuous production technology allows for the manufacture of endless strips of components (so-called reel-to-reel production) enabling the manufacture of customer specific highly precise parts in industrial volumes wound onto reels for ease of further processing post-delivery. Metal strip thicknesses can be between 25 and 400 microns.

Micrometal’s continuous photo etching process also avoids problems associated with batch-to-batch variations, effectively processing one large batch rather than a number of smaller batches. It is only in this way that PCE process experts like micrometal can truly claim that the first and the millionth part will actually be the same, according to Bernd Lehmann, managing director of micrometal.

“Uniquely in the industry, micrometal can process and deliver up to 800-meter-long metal strips on reel, and these are often requested in industries that already demonstrate a high degree of automation in their own processing. Thus, the etched parts provided in reels by micrometal can be selectively coated or used by ‘Pick & Place’ at the final point of production. Such procedures are already widely implemented in the medical and automotive industries where micrometal services a number of market-leading and blue-chip OEMs.”

Lopez concluded, “There are so many advantages to micrometal’s PCE process compared with alternatives, that we advocate customers partner with us as early in the product development process as possible. The unique possibilities that our PCE process offers means that early engagement will allow customers to benefit from our expertise, and optimise their products by taking advantage of the possibilities that true Design for Photo Chemical Etching (DfPCE) presents.”

For more information on the PCE process, visit www.micrometal.de.