How often should a metalworking fluid be tested? It depends.

Metalworking fluid is used in most machine shops, because it aids in evacuating chips and cooling and lubricating the tool/workpiece interface. To optimize fluid performance, it must be maintained, which is done by testing a fluid for performance and chemistry.

However, industry experts disagree as to whether testing is best done regularly, as preventive maintenance, or on an as-needed basis.

“Some shops are able to keep their systems clean, and, if that’s the case, they really don’t need to test,” said Lesley Thomas, sales and marketing manager for testing specialist Biosan Laboratories Inc., Warren, Mich. “But most of our customers find that doesn’t work for them, and so regular testing is a crucial part of preventive maintenance.” 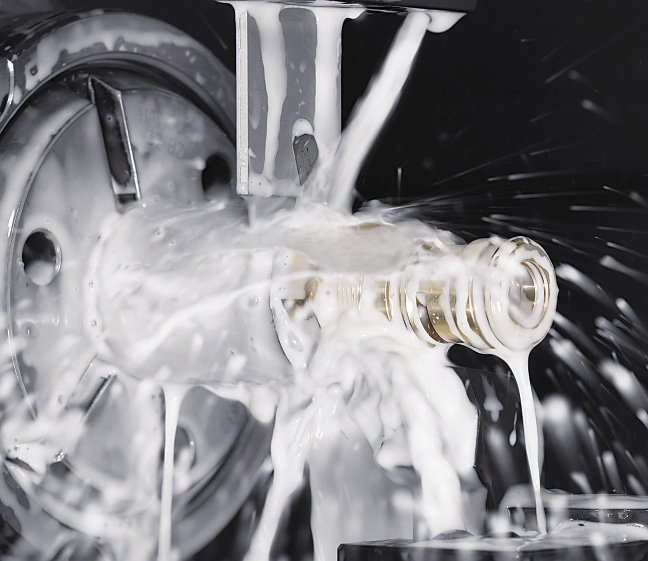 “There’s usually a great deal of bacteria in metalworking fluid that can exist without compromising the process,” Thomas said, “so if a customer is using one of our dip slides to check their fluid, it means they’ve already established an acceptable baseline. However, if the levels are over that baseline, they will take some sort of action, whether it’s adding a biocide.”

Biosan uses culture testing to test fluids. It takes longer than some other methods but generates more-detailed results. The dip slides can give results in 24 to 48 hours, so Thomas said some customers supplement the dip slide with a quicker method, such as ATP (adenosine triphosphate) testing. This is a method of detecting microorganisms through detection of ATP—a molecule found in and around living cells—a process that typically takes around 10 minutes. The downside, she continued, is ATP testing is typically much more expensive.

Another microbial testing specialist is St. Louis-based Microbe Inotech Laboratories Inc. Unlike Biosan, MIL has made its
name testing for a specific type of microbe, Mycobacterium immunogenum, using a method initially developed for the medical and food service industries.

“Mycobacterium is the only genus I’m aware of in which every species is a pathogen,” said Bruce Hemming, president and CEO of MIL. “Mycobacterium tuberculi causes tuberculosis, Mycobacterium leprae causes leprosy and Mycobacterium avium is a bird-born pathogen that causes respiratory problems in humans.” In the past, he noted that testing involved collecting fluid on dipsticks and waiting 3 weeks to see if anything grew on them, but a client wanted a faster method.

“[M. immunogenum] is fairly com-mon, as it can come in through the water supply, so we have a number of clients who test on a regular basis, either once a month or once a quarter,” Hemming said about the QPCR test, adding that earlier dipstick-test results would often be clouded by other organisms, as Mycobacterium is a slow-growing organism. “The needle-in-a-haystack test is much quicker and gives much clearer results in just 3 days.” 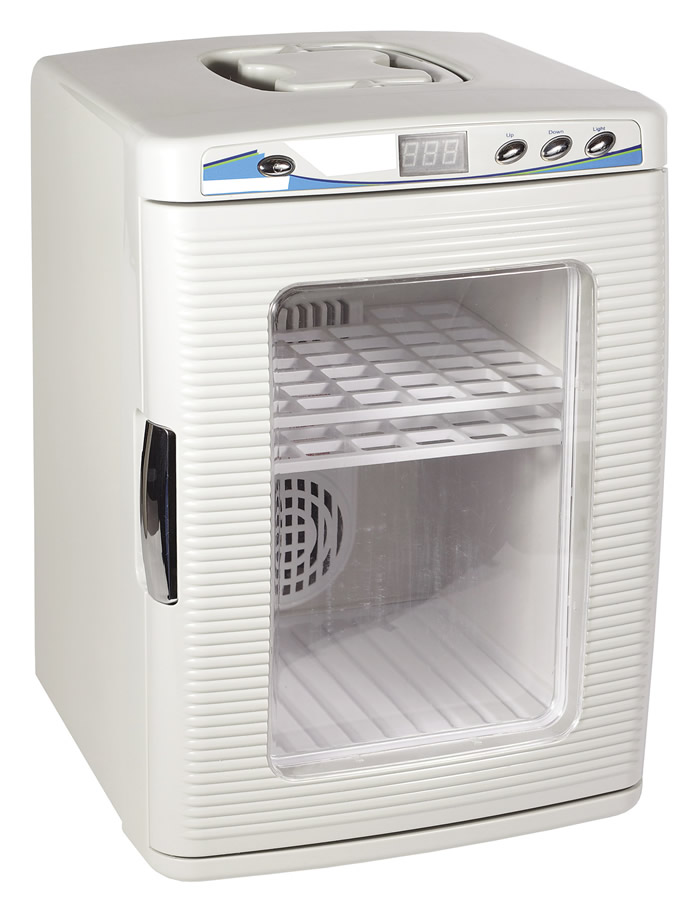 “For our routine testing, we first establish the dilution the coolant is being used at,” said Steve Thomas, group leader of the metalworking laboratory at Quaker. “We have a recommended concentration range for metalworking lubricants.”

He added that Quaker also analyzes fluid for microbiological activity and reports the amount of bacteria and fungal mold. In addition, the company evaluates the anti-corrosion properties of the fluid using cast iron chips and examines the amount of corrosion. “We also analyze the dirt load and see if metal binds or salts build up,” Thomas said. “Lastly, the pH value gives you a general sense of how ‘healthy’ the coolant is.”

On-demand testing evaluates specific chemical or compositional issues, while the in-depth test effectively gives a breakdown of every measurable parameter of the cutting fluid.

“We usually recommend either weekly or monthly testing, depending on the size of the system,” said Daryl Adams, industry business manager of metalworking at Quaker. “Small systems have a tendency to change over a shorter amount of time. In a larger system, something with maybe 30,000 or 40,000 gallons, that change is going to be much more gradual, so you would check them less frequently.

“Because of the importance of coolant, a lot of our customers have staff dedicated to testing on-site daily and keeping inventory of all chemicals; sometimes those staff members are contracted Quaker employees,” Adams added.

While on-site testing provides results in a short period of time—minutes or hours—it is limited in its scope and ability, which is why it is regarded as supplementary to laboratory testing.

“There can be cost benefits to daily testing, in addition to routine weekly or monthly testing,” Thomas said. “Keeping the concentration right at the recommended level, for example, will give you the most benefit from your coolant. If it’s not monitored frequently, you can have drops or spikes [in concentration], either wasting coolant or losing performance.”

The Future is Now

Although the advancements in fluid-testing methods have not been as significant as those in coolant formulations, Quaker’s Adams said the company is developing a process for microbiological testing that could significantly reduce the current 72-hour test period.

And ITW Pro Brands, Olathe, Kan., reportedly is developing a fluid-testing method for microbial growth that could garner instantaneous results. The idea, according to Lee Rieth, director of R&D for ITW Pro Brands, is to detect the presence of microbial growth by color change. Because microbial growth in metalworking fluids is typically associated with a pH drop, this is measurable using technology that bears a passing similarity to a test that can generate a lot of anxiety. 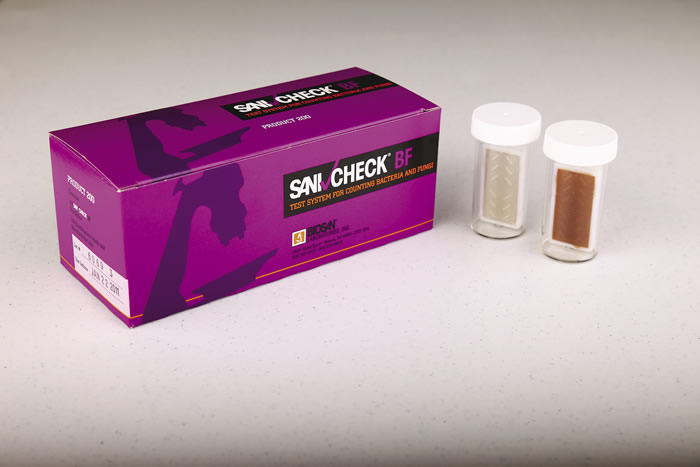 Biosan offers culture testing in the form of dip slides. Detailed results can be obtained in 24 to 48 hours. Image courtesy Biosan.

“In some sense, it’s similar to a home pregnancy test, in that they’re both based on a color change,” Rieth laughed. “The difference is, our test isn’t looking for particular molecules, it’s looking for a pH change. So rather than one indicator, we have a specific blend of indicators to give a very specific color change to determine when the pH is below the norm.”

ITW has developed the technology and filed a patent, but the challenge, according to Rieth, is market acceptance.

“It seems like something someone should have developed in the past,” he said. “At this point, there’s interest, but it’s hard to say if people would actually use it, or if they’ll just wait for the fluid to stink, the way lots of places have for years. We’ve got to get them to break old habits in order to actually see it used.”

Transor Filter USA, Elk Grove Village, Ill., sells fluid-filtration equipment and fluids for grinding and EDM applications, as well as offering testing services. President Irv Kaage likens the process to a blood test at the doctor’s office. A fluid sample is taken, analyzed and compared to the norm to determine any significant variances. As such, Kaage recommends testing on an as-needed basis, because healthy oil is healthy oil.

“One warning sign is if the fluid is discolored or has taken on an odor,” he noted. “Most metalworking fluids are water-white in color, and if they’re filtered to 1µm absolute, which takes out 99.9 percent of the particulates, and if the oil is temperature-controlled, it can make the life expectancy of the oil indefinite.” 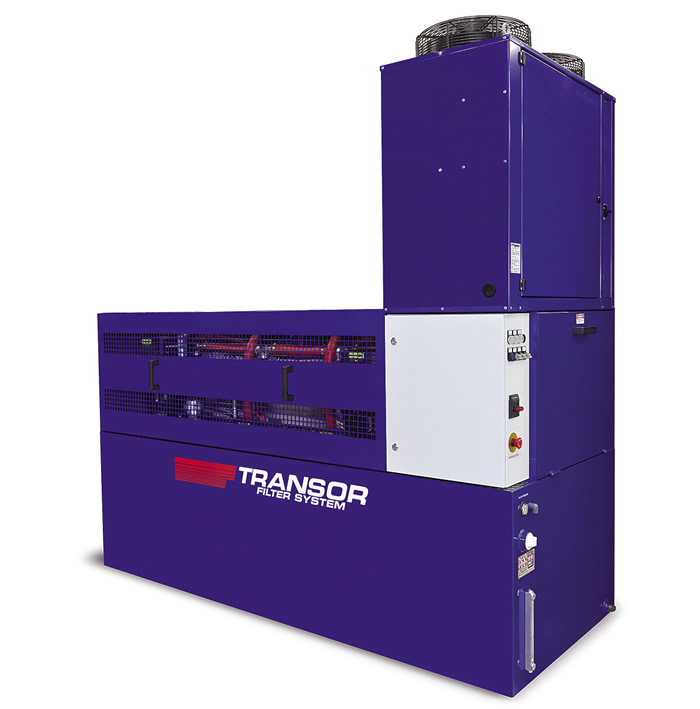 Effective filtration is critical when looking to avoid regular testing, because particulates from the machining process can pass through an insufficient filtration system on each cycle and reduce the efficiency of the entire process, according to Kaage. “If you can filter down to 1µm, you take out almost all the physical contamination and won’t see that loss of efficiency.”

Temperature control is also important because a major contributor to the degradation of grinding oil is heat, he continued. In addition, excessive heat causes grinding burn marks on workpieces, premature failure and, ultimately, scrap.

“Picture two joggers in identical physical condition,” Kaage said. “One wears a T-shirt and a pair of jogging shorts, the other wears a wetsuit. The second jogger can’t dissipate the heat as quickly, so he gets fatigued much sooner and can’t perform at the same level.”