A thin, bendable organic material can be used as a component to make electronic devices that require a screen, a microprocessor or an interface, according to scientists at Australian National University.

Lead researchers Ankur Sharma and associate professor Larry Lu say the technology could help create the next generation of ultrafast electronic chips, which promise to be much faster than current ones. 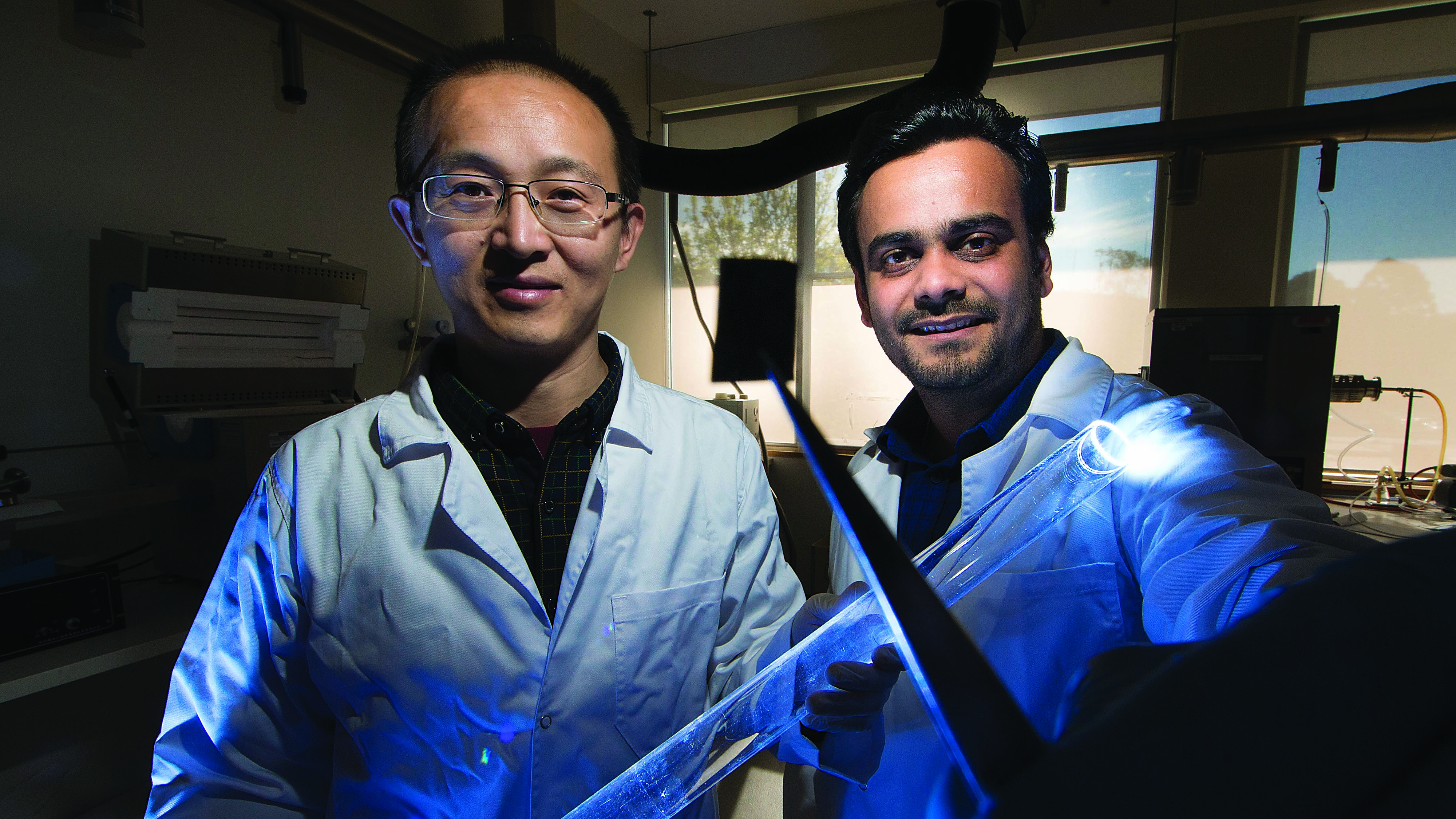 “We envision these organic materials (to) have much higher processing capabilities that (would be) providing the necessary hardware for next-generation optoelectronics/photonics devices, which would eventually be building blocks for computers controlling smart factories and supply chains using (the) internet of things,” said Sharma, lecturer and international education partnership coordinator at ANU.

The most important manufacturing application is for flexible electronic devices/screens that can be made from the organic material. It could be attached to any working part/element in a manufacturing environment that previously could not have a screen, resulting in improved efficiency and visual sharing of information. The material also could be used to make cellphones and other electronic devices.

The research team was able to control the growth of a novel organic semiconductor material, precisely stacking one molecule over another.

“Conventional devices run on electricity,” Sharma said, “but this material allows us to use light or photons, which travel much faster. The interesting properties we have observed in this material make it a contender for superfast electronic processors and chips. We now have the perfect building block to achieve flexible, next-generation electronics.” 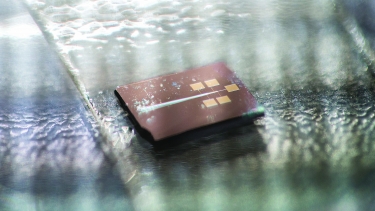 A sample is shown of the organic material. Image courtesy of  Jack Fox, ANU

The material is just 1 carbon atom thick, or 100 times thinner than a human hair, giving it the ability to be bent into any shape. Researchers said this will lead to its application in flexible electronic devices.

In 2018, the same team developed a material that combined organic and inorganic elements. Now that the organic part of the material has been improved, the inorganic component has been removed.

“It’s made from just carbon and hydrogen,” Sharma said, “which would mean devices can be biodegradable or easily recyclable, thus avoiding the tons of e-waste generated by current-generation electronic devices.”

He said the study is an important step and a demonstration of the immense capabilities of the material. So far, it has been developed only at lab scale, not commercially.

Sharma said the researchers don’t have a time frame for when the material will be readily available, though three to five years might be possible.