Conventional metalworking fluids are effective at providing cooling and lubrication during machining, but they have critics. One is Fusion Coolant Systems Inc., which offers products for supercritical CO2 (scCO2) as an alternative to those fluids.

“Traditional metalworking fluids have had a place in this market for a long time at the expense of health and safety that goes along with the workers,” said Craig Happel, vice president of sales for the Canton, Michigan-based company. “It’s almost been a necessary evil.”

The well-documented risks to worker health and safety include respiratory harm and skin damage, such as dermatitis, and workers must be shielded from overexposure to chemical compounds in metalworking fluids, such as biocides, defoamers, chelating agents and surfactants. “It is basically a cocktail of chemicals that workers have been exposed to for many years,” Happel said about traditional coolant.

The company offers two scCO2 products: Pure-Cut and Pure-Cut+. The former is a dry lubricant without oil. Pure-Cut is marketed primarily to medical device manufacturers, which often strive to avoid introducing contaminants to machined surfaces, Happel noted. “It’s a solvent, so it cleans while it machines.”

On the other hand, Pure-Cut+ has oil, but only a minute quantity, about 0.5 ml (0.017 U.S. fl. oz.), is applied each minute to achieve the necessary level of lubrication, he said. The oil, however, completely dissolves inside the scCO2 stream. 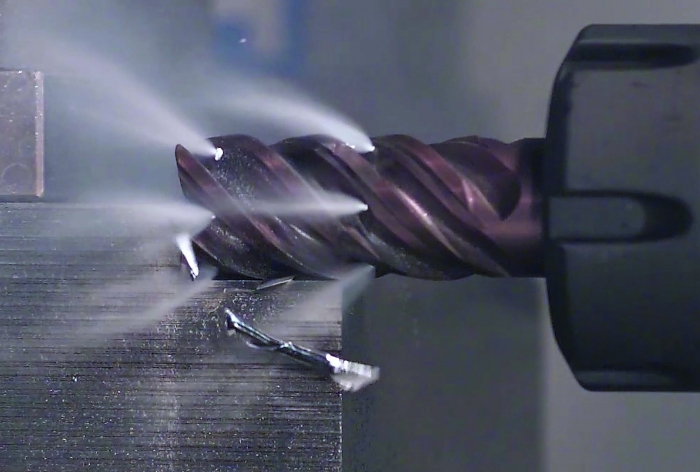 With Pure-Cut+, about 0.5 ml (0.017 U.S. fl. oz.) of oil is applied each minute to achieve the necessary level of lubrication.  Image courtesy of Fusion Coolant Systems

“It’s almost like a coating or film being released, so we are able to get into microstructures,” Happel said. “Our particles are microsized, chilled ball bearings.”

The warm stream travels through the machine tool and then quickly becomes cold when released from pressure as it moves to the cutting zone, he added. The standard operating temperature is -31.7° C (-25° F), which can be independently controlled, along with the lubrication level.

“If you touch liquid nitrogen, that’s pretty much a guaranteed trip to the emergency room, and it’s not a fun day for you,” he said. “We are not cryogenic. That’s a very important point.”

Happel emphasized that scCO2 isn’t minimum quantity lubrication. “When you talk MQL, you have lubrication, but you don’t have the cooling effect that is needed in the machining process to keep those tools chilled.”

According to Happel, scCO2 is effective for potentially any machining operation. “I’m sure there will be operations that we come across, such as broaching, that we just haven’t had the time to touch. But for your traditional machining operations — turning, milling, drilling, boring, reaming — we are all over them.”

The same holds for workpiece materials. The company began by targeting the technology toward the military and medical industries and the difficult-to-machine exotic alloys those manufacturers frequently cut, said Director of Engineering Scott Jones. Since then, Fusion Coolant Systems has branched out into other industries, such as aerospace and automotive, where aluminum and carbon steel alloys are common.

“We are consistently surprised and excited by the results,” he said.

In addition, the technology isn’t just for metalcutting applications. “We have done a lot of machining of plastics lately for the medical implant industry and are seeing phenomenal results there as well,” Jones said.

Fusion Coolant Systems also implements the infrastructure that supports the technology, including CO2, CO2 storage tanks and CO2 pumps, which aren’t foreign to many manufacturers, according to Jones. “It is equipment that most factories are well familiar with and completely comfortable having in their facility.”

He noted that because such a small quantity of CO2 is released with scCO2, the overall impact on a facility’s CO2 concentration is essentially unchanged. Additionally, the company uses recycled CO2 that is produced as a byproduct of other industrial processes, such as ethanol or ammonia production. “We are giving CO2 a second life before it is released into the environment.” 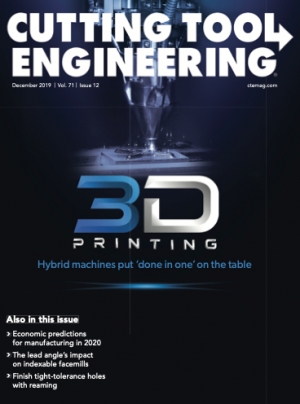