The Hanover, N.H.-based company opened a 165,000-sq.-ft. facility—Hypertherm’s newest—in Lebanon, N.H., in 2012. Among other machinery, the facility contains 26 multiple-axis, Swiss-style CNC lathes, which are used in the manufacturing of plasma cutting torch components, primarily electrodes and nozzles. The components are made of nonferrous materials. 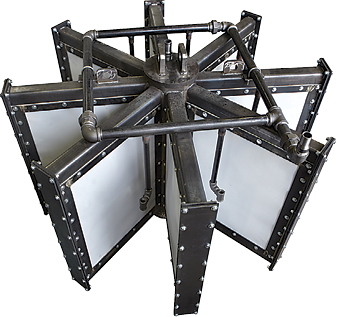 Hypertherm soon realized it needed to reduce the amount of cutting oil the lathes consume and recover the valuable copper chips the machines generate, noted Tom Woodward, manufacturing engineer, and Dave Bean, maintenance leader. Woodward contacted Tom Cassese, director of sales at Eriez HydroFlow, Erie, Pa., to map out a new method of recycling the oil and recovering the copper chips and fines.

“We gave Eriez a challenge to develop a system that would maintain oil heat at 90° F ±5° F, recapture all our turned and milled chips, recycle 90 percent of the vegetable-based oil and spec the system to handle up to 52 machines in the future,” Woodward said. “We have a 5,000-gallon system with about 160 gallons turning over every couple of hours on the machines. Eriez had to build a system big enough to filter and recycle that much oil. The oil we use fluctuates between $22 and $25 per gallon, so the cost savings alone are significant.” 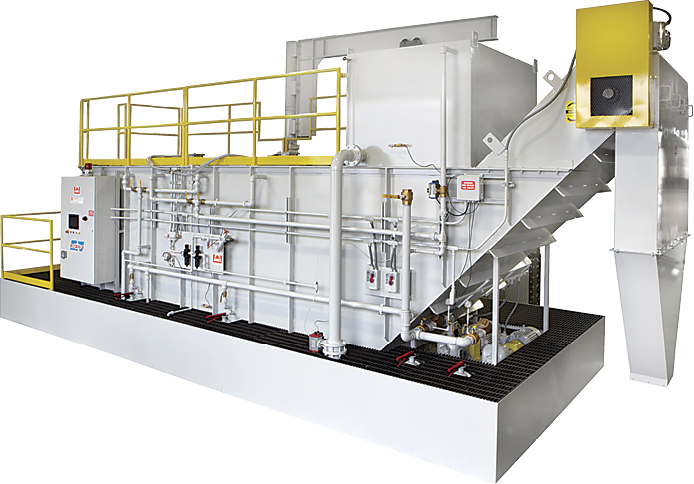 According to Hypertherm, the company is dedicated to corporate social responsibility, where all associates have set ambitious goals for reducing waste, energy and carbon by 2020. As a result, the Lebanon facility received LEED (Leadership in Energy and Environmental Design) Gold Certification in 2013 from the U.S. Green Building Council.

The Star Filter system with the Eriez HydroFlow Hydrofiber “F” filter media includes two Star elements, each of which is 80 sq. ft., for a total of 160 sq. ft. of filter area. Each lathe has a sump in its base with a chip conveyor. Included in the sumps are high-pressure pumps. The sump capacity ranges from 60 to 80 gallons (227 to 303 L), and the sumps are approximately 13" (330.2mm) high. The oil from each machine sump is filtered to 5µm or finer, with the filtered oil returned to the machines at 30 psi (2.07 bar).

“Because of the Star Filter, we can recapture all chips and particulate material content, so we are recycling 100 percent of machine chips,” Woodward said. “Over these 3 years, we have cut our oil consumption by 40 percent. We were topping off each CNC machine with approximately 7½ gallons of oil per day, and we have cut that down to just a little over 2 gallons per day.”

According to Woodward, the system at the Lebanon facility is one of the first of its kind in its industry. “I come from the aerospace world, so I know filtration systems and what we needed at this facility,” he said. “The biggest factors were conditioning the oil, chip removal and temperature control.

“The other challenge was for Eriez to put in a 325' dual supply line and return line so we could spec the system out to handle 52 machines in the future,” Woodward added. “We built this system with the potential to grow as our business expands.”

Previously, the machine tool sumps did not clean all the oil, so dirty oil returned to the machines, Woodward said. “Now we have fresh, clean oil, and our tool life has gone up. We have a lot of customer training in this facility, and some folks have never seen anything like the Eriez HydroFlow system.”