“The fit and finish on some of the products, you can’t even imagine,” said Fred Poppe, product manager for Ebbco Inc., New Baltimore, Mich. “If you don’t have the right filter, you cannot grind the proper surface finish.”

He added that the company offers fluid filtration equipment that removes particles from 0.5µm to 250µm, as well as prefilters, such as magnetic separators and drag-out devices. 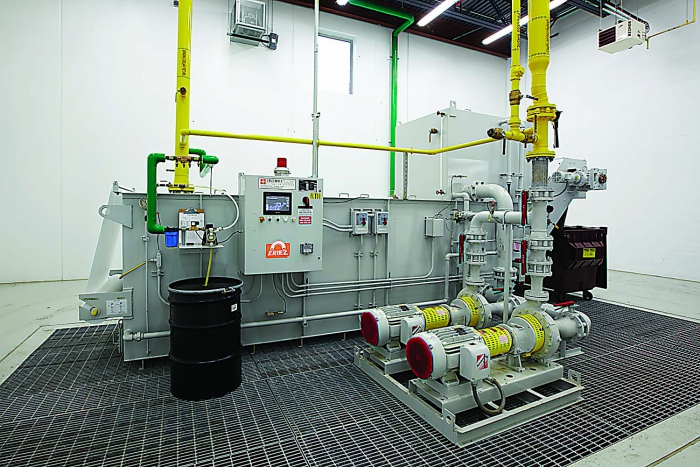 The needed level of filtration depends on the application, according to Tom Cassese, director of sales for Eriez Hydroflow, Erie, Pa. He said that removing particles from 15µm to 20µm is frequently the target when machining and 5µm to 10µm is common when grinding. For honing and other fine-finishing applications, 3µm to 5µm is often suitable.

Compared to filtration systems purchased, say, a decade ago, many end users are willing to pay a 40 to 50 percent premium to achieve finer filtration and finishes, Cassese said. The higher price can result from replacing a settling tank, which just separates particulate from coolant, with a system that actively removes particulate. “Today, those same people are buying true filters because they need to get down to 10µm.”

The up-front cost is higher, but savings are soon realized.

In his book Coolant Filtration, manufacturing consultant James J. Joseph emphasized that cleaning coolants reduces costs. “Many times an organization is pleasantly surprised because the investment for coolant filtration turned what started to be a financial liability—because of costs of cleaning coolants for disposal—into a financial asset, because of the savings realized by recirculating clean coolant,” Joseph wrote.

In addition, clean coolant is a critical component in a machine tool’s preventive-maintenance program. Without the constant exposure to abrasive debris, a machine not only looks better but functions better, Poppe noted. One Ohio manufacturer Ebbco worked with was replacing machine spindles on a monthly basis because its metalcutting oil was so dirty. “We put brand-new filtrations systems in. Now they have been running for 2½ years and have not replaced a spindle,” he said. 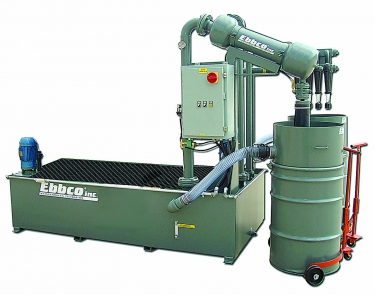 “If you have a system that filters to 1µm absolute,” he said about Transor’s system, “that takes out nearly 99 percent of all the dirt that’s in the oil.”

There are two filter classifications: absolute and nominal. “Nominal means approximately,” Kaage said. “So if you have a 5µm nominal filter cartridge, that means the cartridge, when it is brand-new, might be filtering to 10µm.” Only when the filter starts to collect some dirt does the dirt act as a form of filtration and the size of particles captured starts to become smaller.

He added that absolute filtration provides a highly consistent machining environment. “We are 1µm all the time.”

It’s important to understand the difference between the classifications, but some people question how universal absolute filtration needs to be. “Very few need absolute; 99 percent could live with nominal,” Cassese said. He noted that Eriez Hydroflow offers the option for very fine grinding and superfinishing. For example, it sold a 0.45µm absolute filtration system to a bearing company that employs microscopes in its manufacturing process. “So it’s a little different story.”

The Transor V-Series provides absolute One Micron Filtration and incorporates a chiller for temperature-controlled oil. Its expandable, modular design enables users to add modules of three filter vessels as their needs grow, within the same footprint. Image courtesy of Transor Filter.

Poppe agreed that nominal is suitable for the vast majority of applications. It carries a lower price tag, with absolute filtration costing as much as four to five times more. Most of the absolute systems he’s developed have been for optical applications, such as television monitors and telescope lenses, he added. “The ceramic industry does not even require absolute filters for most of their products.”

Regardless of the type of fluid filtration system, the consensus is that filtration itself is just one element of the entire process for effective coolant maintenance. “What separates the players from the leaders is the leaders realize that in order to get that competitive advantage, they have to look at all the pieces of the puzzle,” Kaage said.

One critical piece is fluid temperature control. Keeping the temperature consistent provides predictable results and enhances machining efficiency, Kaage said. “When the oil starts to exceed about 100° F, you lose about 1 percent grinding efficiency for each degree that you exceed.”

Transor Filter offers a standard oil chiller that holds the temperature to ±1° C and a frequency-controlled chiller called Nano-T that holds ±0.1° C. “Some people absolutely have to go to that higher level of temperature control for [grinding] microtools and some of the smaller tools,” he said.

According to Cassese, ±2° F is standard, but the company can provide ±1° F. Eriez Hydroflow also offers a method for tracking the ambient temperature in a plant and adjusting the coolant temperature to ±1° F ambient. “Especially when grinding, you are taking away that growth factor,” he said about the ambient system.

With a central system, Poppe explained, a way to control the heat in the plant to ±0.5° F, or tighter, is to place the fluid cooling equipment outdoors. In addition, removing that heat from the building can reduce the cost to air-condition the facility.

Whether the coolant chiller is outside or inside, a central system opens up space within a shop for additional machine tools. A stand-alone filtration system for each machine consumes more space than centralized or cellular ones. Most end users feel that if they could take six or seven stand-alone filtration units away, Cassese said, they could add two more machines.

He added that shops will also gravitate to a cell or central concept to minimize the number of coolant sumps that need monitoring. For a shop with, say, 20 machines, it’s a given that the coolant in every tank, along with the maintenance requirements, will be slightly different. 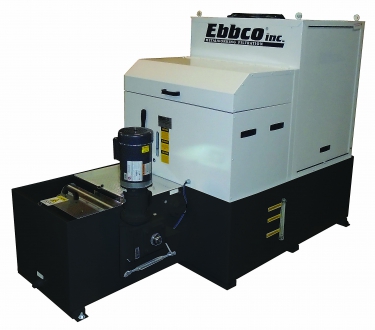 Evolution-series cartridge filtration systems from Ebbco allow filtration down to 0.5µm with multiple pre-filter options, such as this unit’s magnetic pre-filter. Image courtesy of Ebbco.

On the flip side, Poppe said he has seen companies, such as a major aerospace parts manufacturer, go with one filtration system per machine tool to gain more control of each part of the production process.

When it comes to the arrangement of filtration equipment, Kaage distinguishes between emerging and developed markets. Based on the existing layout, a shop in the U.S. that has grown over the years and has 50 machines, for example, is unlikely to have the space or the capital to invest in a central system. Therefore, a more suitable approach is to install multiple cells in the plant that handle two to six machines.

In a developing market, however, building a new facility is more common and a central system makes sense, he added. “It’s just like designing a new home for yourself, compared to working within the confines of an existing home.”

Another key consideration for metalworking fluid filtration is matching the coolant to the equipment specifications. A lot of inexpensive coolants will split when filtered by a 10µm centrifuge, according to Cassese. He recalled how one aerospace manufacturer complained that an Eriez Hydroflow system was causing coolant to split. The problem: The manufacturer specified 5µm filtration for the application but machined with coolant that split at 10µm filtration. The solution: A coolant that did not split at 10µm.

“Because end users have a good filtration system and a good management system, we tell people now is the time to buy premium coolant,” Cassese said. “You want a coolant that is going to last in the system and has high filterability. Now they don’t feel so bad spending the money.”

At first, some companies feel bad about spending extra for a finer level of filtration than what an application requires. Poppe said: “They look at me and say, ‘You know what? We could probably get away with 5µm. We chose to go to 0.5µm for these reasons: Our machines stay cleaner, and less mist goes into the mist collectors; our fluids stay cleaner; we have a more consistent process; grinding wheels last longer, and we do less dressing; and our ways and covers don’t get the wear they used to.’ You spend a little bit more money, but you see a lot of life expectancy.”

And what customers of manufacturers with proper fluid filtration see is a more aesthetically appealing product because of its finer surface finish. “If you have two tools side by side and, let’s say, the performance and cost are the same,” Kaage said, “you are going to gravitate toward the one that looks better.” 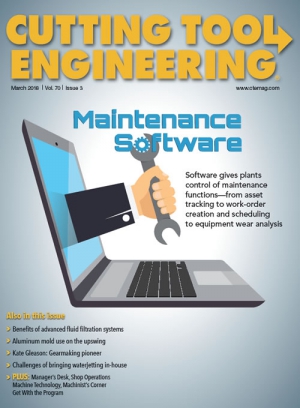