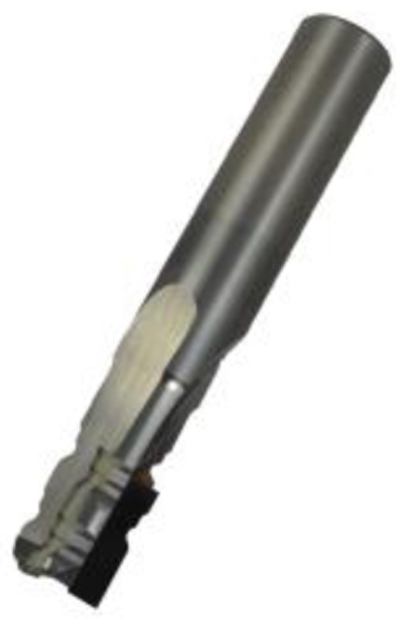 LMT Onsrud's new chipbreaker incorporates a unique geometry with a PCD cutting edge to support a wide range of feed rates and depth of cut combinations while extending the life of the tool. This is accomplished by utilizing a distinct Hi-Low asymmetrical chipbreaker profile which reduces vibration and chatter, caused by harmonic imbalance, resulting in improved surface finishes, while reducing noise levels and wear on the tool. The same pattern of the PCD is equally matched on the solid carbide body behind the PCD cutting edge giving exceptional support to the cutting edge and improved machining capability.

These peak performance three flute tools with a 3° up-shear are designed to promote efficient chip evacuation while the ‘staggered' cutting edge pattern is engineered to generate very low cutting forces while reducing the temperature in the cutting area. This combination of chip removal and temperature reduction allows for increases in cutting speeds to gain productivity.

LMT Onsrud uses a specialized grade of PCD suited for these special composite applications. The extreme hardness of this PCD blend is an asset with regards to tool wear, tool longevity, and improved finish.