The company is ANCA, the Australia-based company that makes grinding machines … and just about every component and piece of software that goes in them … 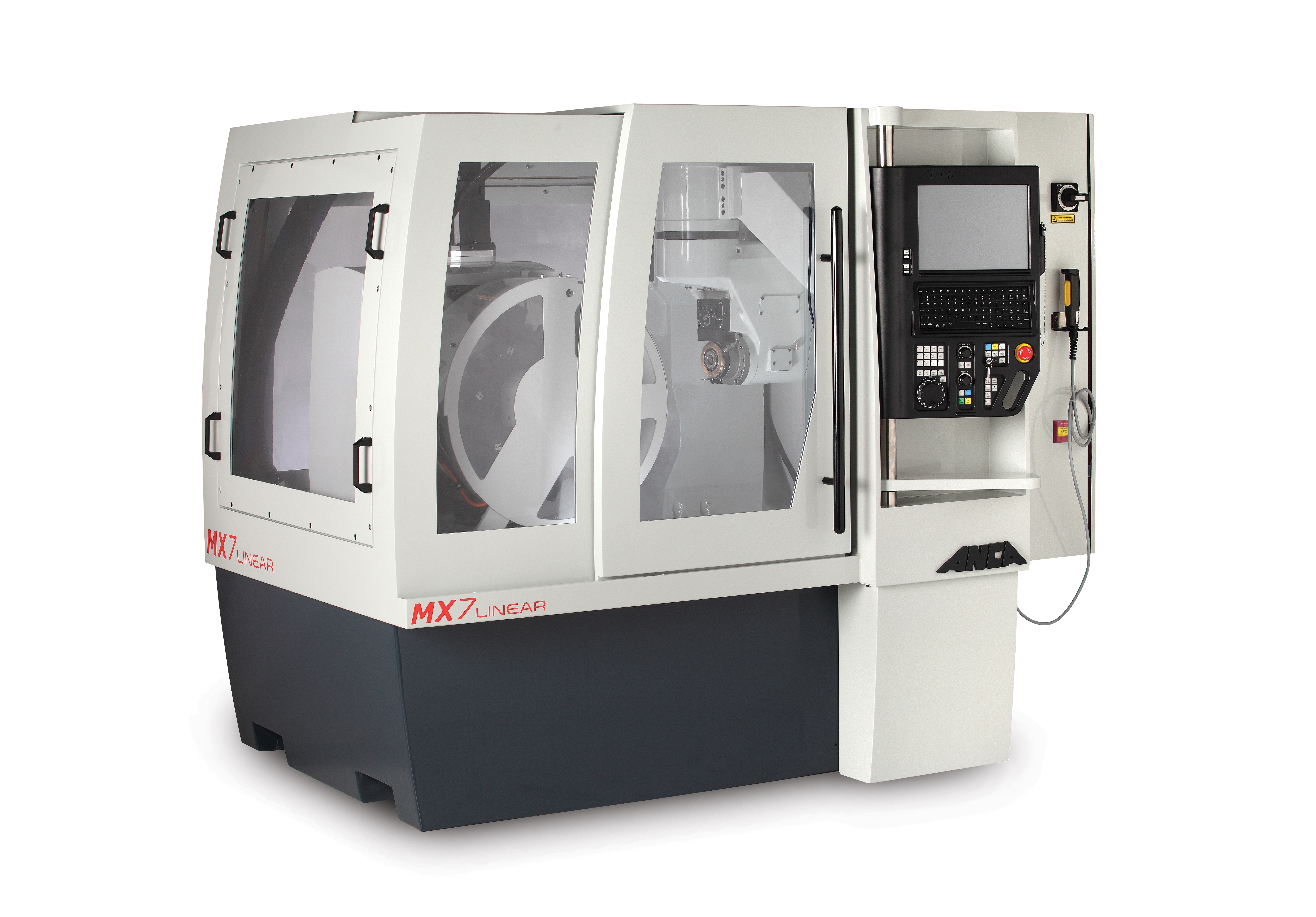 In the early 1970s, two engineers -- Pat Boland and Pat McCluskey -- were working for a government ordnance factory in Australia. One Pat, a mechanical wizard. The other, a CNC and electronics wizard, and “the innovations that they came up with in the past have set us on our future path of continuous investment back into the technology,” said Russell Riddiford, president of ANCA USA, in Wixom, Michigan.

Starting with a microcomputer and an electric motor to demonstrate its early CNC technology, this confluence of talent led to the development of CNC controls and software that Australian manufacturers of milling and laser-cutting machines would soon embrace and incorporate into their factories. This humble start was the beginning of the Australian Numerical Controls and Automation company, now known as ANCA.

Through the years, ANCA continued to grow by emphasizing the idea of technology to help customers become more efficient, productive, and innovative. The technology didn’t have to be flashy, but it had to add to these concepts.

In later years, these straight-forward ideas would help its customers weather enormous challenges from the 2008 global market crash to the on-going Covid-19 pandemic that is only exacerbating the problems of a lack of skilled workers.

ANCA’s CNC controls were not necessarily better than others on the market, said Riddiford, but they were intuitively easy to learn and use, and they let the company control quality while reducing its dependence on outside suppliers and a supply chain. 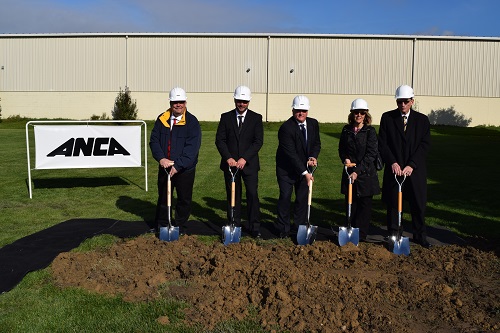 For its first decade, the two men sold CNC controls to the Australian market before they decided to branch out, and begin building their own grinding machines, said Riddiford. A decision that now has led to numerous grinding machine models for the cutting tool industry as well as manurfacturers in the aerospace and medical marketplaces.

The company’s first cutter grinder was launched into the United States in 1986. Three years later, after experiencing disappointing sales using a U.S.-based distribution company, the company opened its offices in Wixom. To ensure its ability to supply and service customers, sales were limited to companies within a 500-mile radius from Wixom. “We sold 11 machines that first year,” said Riddiford, who led the opening of the Wixom facility. “Being closer to our customers here in the States was definitely the right decision for us.”

Over the years, the company expanded its Wixom facility to showcase its range of machinery, and to give customers time to test out machinery. The equipment innovators were busy too, developing new technologies to support a concept that they would later dub First Tool Right. Essentially, it is a mantra to develop equipment and write software to help customers meet exacting specifications that often call for micron-level accuracy.

“When you are talking microns, you have to control all the processes throughout the machine, and, if you do, you can ensure a perfect tool from first tool right to the end of the cycle,” said Riddiford. 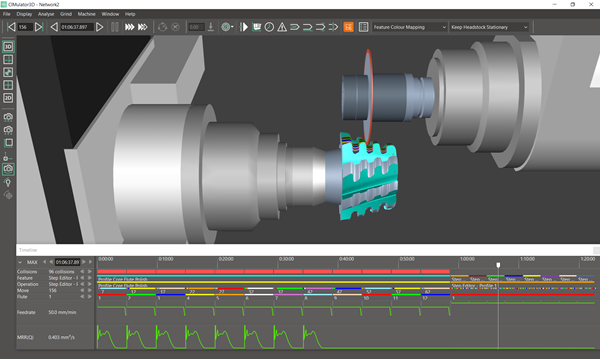 Controlling processes is achieved with various in-house created products and technologies including its simulation software, CIM3D, to controlling production variables such as temperature, to the use of monitoring technology that controls and tweaks processes in real-time.

The CIM3D software package allows users to view the grinding process and the resulting model. On-screen tool model measurements are possible, as are collision detection and process improvement.

“With 3D simulation, we can design a cutting tool on a computer and simulate the grinding actions, and the reliefs, and we can see potential problems,” said Riddiford. “[Also] We can measure the tool, comparing it against any measurements we made earlier to ensure accuracy.” 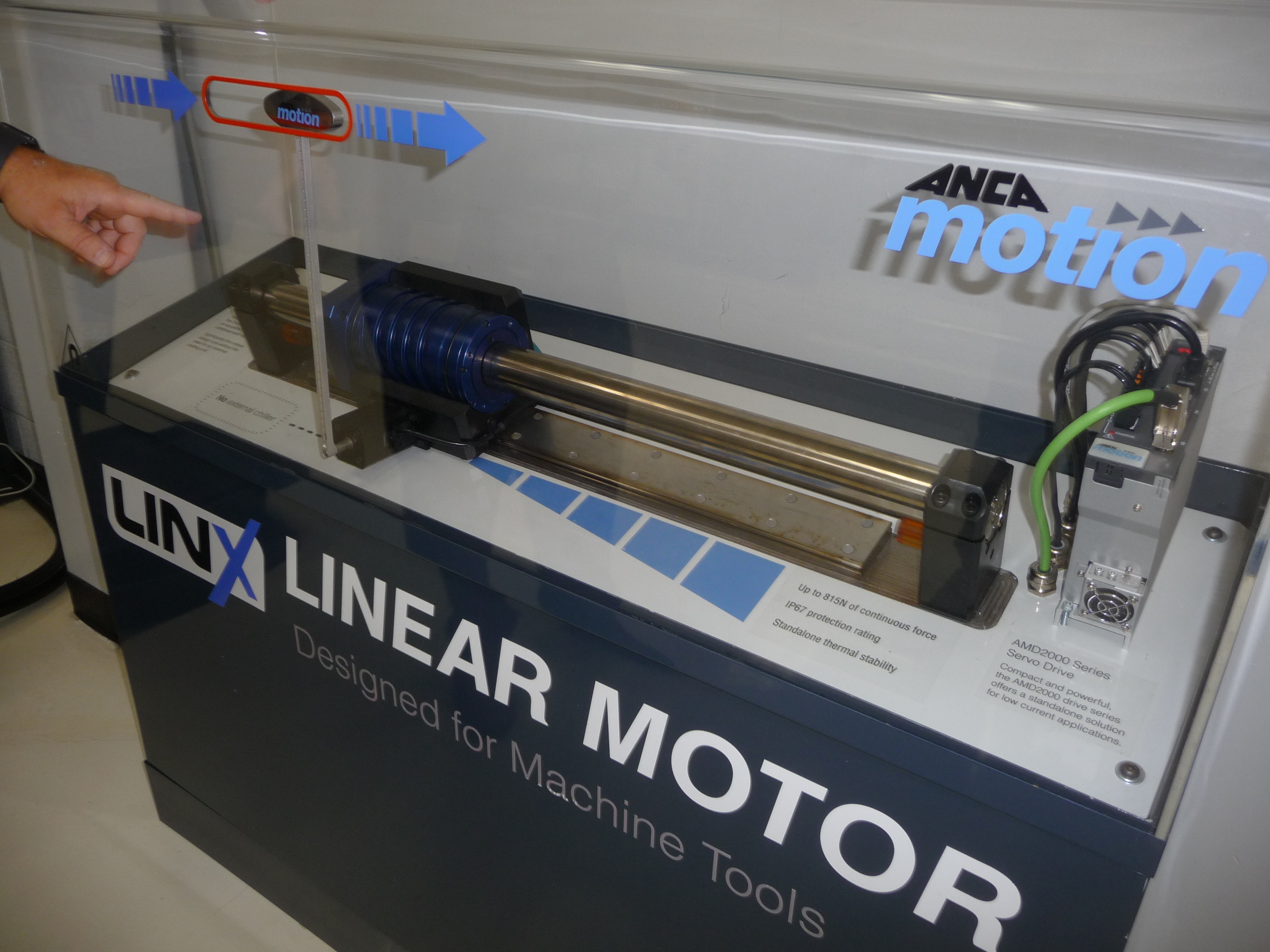 The company’s line of linear motors, available on its entire grinder line, reduces heat and friction. “With the linear motors, there is no contract so there is no friction or heat generated,” Riddiford said. “In tubular design, there is a 1mm clearance so there is much smoother movement, which helps to get a much better surface finish.”

Laser-based inspection is another method used to ensure accuracy. “We can inspect a tool in the machine using our LaserPlus system that can automatically compensate the machine to correct errors in the geometry or we can take the tool to our Zoler laser inspection system that allows us to do a full contour scan to identify any imperfections in the tool, download the correct parameters to the machine and correct the profile,” Riddiford said.

Perhaps the key technology to controlling processes, as well as myriad other needs, is ANCA’s Management Suite. The software can monitor machine performance, cycle time, set-up time, and downtime. It can track the movements of material handling robots shuttling between machines, scheduling delivery and processes, and extracting data from the inspection devices to analyze information in real-time.

“All that is done through ANCA’S management suite that can be monitored remotely,” said Riddiford. “You can be sitting home in the lounge chair and get the information on our phone.” 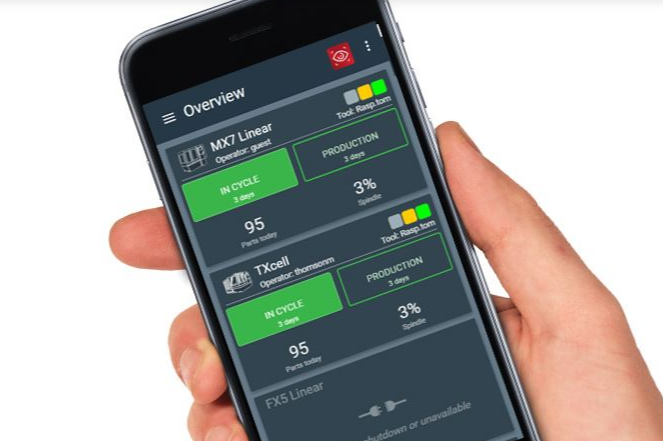 Monitoring production from the comfort of one’s own home is possible for lights-out, unmanned production with the technology from ANCA. ANCA has designed an end-to-end production system, dubbed AIMS (ANCA integrated manufacturing systems), that can deliver a stock of carbide to the front end of a workcell and at the back end of a work cell have a finished tool, packaged and ready for shipping without operator input.

“We see this as the future within our industry,” said Riddiford. “This allows end-to-end grinding. We can peel grind, we can manufacture the cutting tool, we can inspect the tool with our LaserPlus system, and we can even etch the cutting tool with our recently released AutoXMark system.”

Projecting for the future needs of its customers led ANCA to develop its GCX model of skiving machine. Skiving cutters, Riddiford said, are critical to the production of the gears used in electric vehicles.

The cutters, which he said is where the synchronization of the gear and the cutting tool works together to cut a gear, a helical or straight, was developed in the early 1900s. At the time, however, the machine tool industry couldn’t make a machine that could synchronize the rotation of the plane and the rotation to constantly cut gears.

ANCA has met that challenge with its GCX Linear skiving cutter grinder that Riddiford said provides a complete solution for manufacturing DIN AA quality solid carbide skiving cutters. The skiving cutters are classified as a pinion cutter, consisting of the flank and rake face. These tools are expensive and designed to be resharpened to typically a 6mm to 10mm resharpenable depth. After the flanks are produced, resharpening only grinds back the rake face. There can be as many as 30 to 50 resharpenings during the lifetime of a tool. 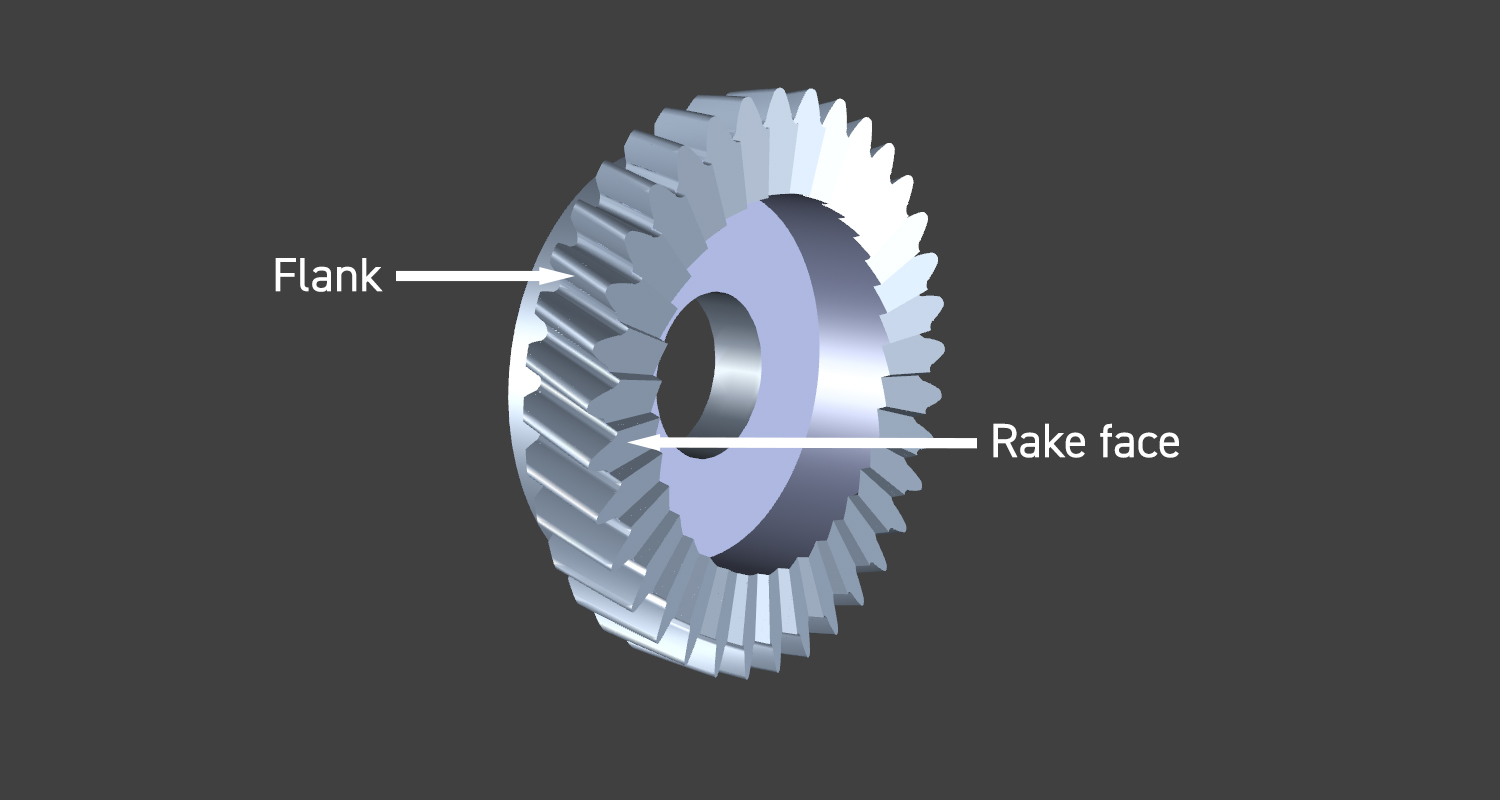 In addition to the GCX model, ANCA also released a software package for resharpening that allows its customers using its MX and TX models to tap into this market.

Much like its other products and processes, the software is another way to make its products easier for its customers to use. Whatever the product, “you’ve got to simplify the process,” said Riddiford. “It is all about getting first tool right, but also making it within a couple minutes to make it competitive and be able to handle very complex tools. Our customers need to make tools that are right for their customers, so we develop the process to ensure that.”