Use your time wisely 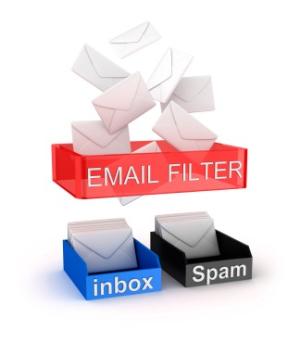 It started with the email from “Sarah.” “Dear Friend. We are precision CNC machining manufacturer from China. Please try us, so that you will cost-down 40 percent at least!”

I hate junk mail. Next to robocallers and those dirtbags who leave ominous voicemails threatening legal action by the IRS, spammers are the worst. The intrusiveness of it, the endless inbox management, never mind the laughable English skills. It’s irritating.

It was late, and I’d had a couple of beers by then, so I fired off an email that was … a little unprofessional. To Sarah’s credit, she replied quickly. She offered an apology for bothering me and said she’d removed me from their prospect list. Why she thought I was a prospect in the first place is beyond me, but as Mom and Shakespeare used to say, all’s well that ends well.

Except that it hasn’t ended. Sarah now leaves me alone, but everyone else in the Celestial Empire still emails regularly, plying me with offers for injection-molded parts, 3D printing, sheet metal components, abrasives, electronics. It bothers me, but at least these people are manufacturers. Making and selling stuff is something all of us can relate to, right?

It’s those yahoos who scrape names, email addresses and phone numbers from the internet and then attempt to sell what should be private information to whoever’s dumb enough to buy it—they’re the ones who really get me going.

There’s Emily at expositioninfo.com, who would like to know whether I’m interested in a list of attendees to ISS Orlando, a textile show. Rachel from ultratechnosol.com is peddling a manufacturing industry professionals database containing 85,000 names. Steven of dataleads.biz gets right to the point, promising to be an “excellent list compiler” of IMTS 2018 show-goers’ contact info. Gloria suggested that—since I’m attending the Annual Congress of the American Association of Nurse Anesthetists Expo anyway—maybe I would like a list of my fellow medical professionals.

Ignore them and they have the nerve to follow up. “Did you receive my previous email?” Tell them you want to “OPT OUT” or “UNSUBSCRIBE” and you’ve just verified that yours is a real email address, which they then add to their list and sell to others.

The irony is that not only are they spamming me, but by offering such mailing lists, they are trying to make me into a spammer as well.

All are breaking the law. According to the Federal Trade Commission and its CAN-SPAM Act, commercial email messages must contain the sender’s physical address. None do. Their domain names (the part after the @ symbol) lead to sites that are “Under Construction” or display “Forbidden” on the homepage. And unless there’s a rule that spammers can’t be on LinkedIn, none appear to be real people. It looks like even our spam is being outsourced to low-cost countries.

I’ve played the game a few times, asking for pricing information. I’m immediately handed off to someone else, an actual person with a LinkedIn account, a real domain name and a functioning website. That’s when I really let them have it.

Sean, a spammer selling names and numbers for an upcoming glass convention, came back at me like Donald Trump in a late-night Twitter rage, all-caps and equally poor grammar. “LEARN THE ETHICS DUNCE. I HAVE NO TIME TO WASTE. USE YOUR TIME WISELY.” He was really mad.

If you are like me and have lots of time to waste, you can go to www.whois.com and search for a company’s domain name. You can then lodge a complaint with a hosting company, such as GoDaddy or iPage. A few days later, after you’ve filled out endless forms describing why you think said company is a spammer, you’ll receive a friendly auto-generated message informing you, “Congratulations! Your case has been resolved.”

That’s when the next one appears in your inbox.

I’m sure spammers are nice people, with families who love them, mortgages to pay and hobbies they do on the weekends when they’re not bothering people. I just wish they’d leave me alone.