There were a lot of deep discussions about holemaking at UNISIG’s recent open house and seminar series for magazine editors.

UNISIG engineers explained different methods of deep-hole drilling, including gundrilling and BTA drilling, and provided an overview of the machines and related systems the company builds to perform these operations. Hands-on demonstrations in UNISIG’s 62,000-sq.-ft. plant augmented the classroom discussions. 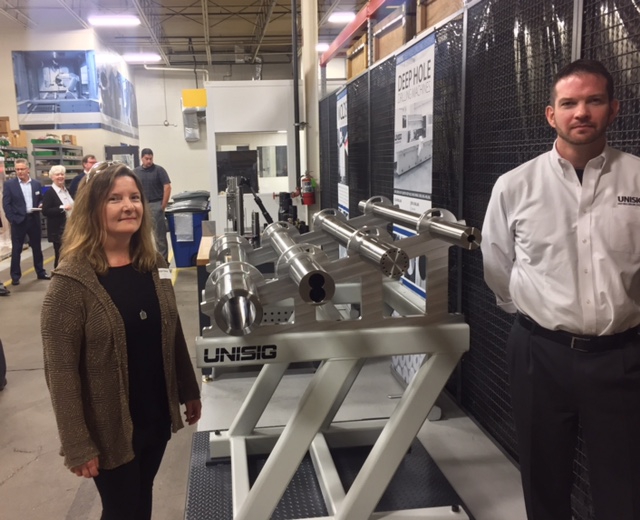 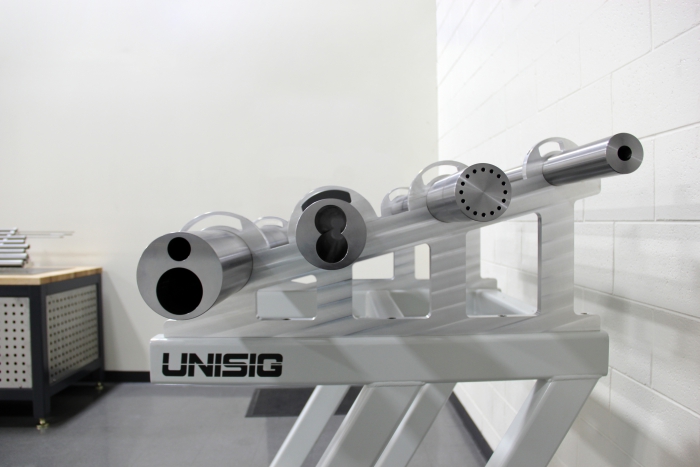 The brawn and brute force of some machines impressed attendees. UNISIG, a division of Entrust Manufacturing Technologies that’s headquartered in Menomonee Falls, Wis., offers a machine equipped with a 300-hp spindle that can generate thousands of pounds of chips per hour, gulps cutting fluid at a 200-gpm rate and is capable of drilling hole depths exceeding 20'.

The company’s lines of standard machines drill holes from 0.040" in diameter, in titanium, up to 20"-dia. holes in high-strength forgings. Depth-to-diameter ratios the machines can drill to range from 10:1 to 300:1.

UNISIG produces deep-hole-drilling machines that can drill holes exceeding 30' at its 62,000-sq.-ft. plant outside Milwaukee. Photo courtesy of UNISIG.

One of the newer machines UNISIG demonstrated at the Nov. 3 open house is its 7-axis USC-M milling and drilling center. It combines 5-axis machining capabilities with deep-hole drilling functionality.

A moldmaker typically mills a workpiece on a boring mill, he explained, a task requiring complicated fixtures and setups. The mold then is transferred to a gundrilling machine. Next, the mold is returned to the boring mill for additional machining. 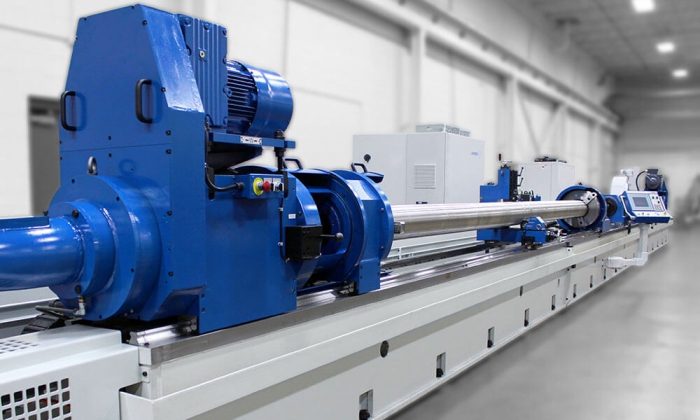 Performing deep-hole drilling and milling on one machine lowers time spent fixturing and refixturing the mold on different machines, which, in turn, decreases stack-up errors.

Because the USC-M is a milling and deep-hole-drilling machine, the mold “water lines and other deep-hole features that can’t be done on a traditional machining center can now be done, and at extraordinarily high feed rates,” Fettig said during an earlier interview with CTE.

The USC-M line consists of two models: the M38 and M50. The latter features a 30-hp drilling spindle, a 32- or 40-hp machining spindle and can accommodate a 50,000-lb. workpiece. Despite its brawn, Fettig added, the USC-M “has the finesse to rigid-tap with an M4 tap.” 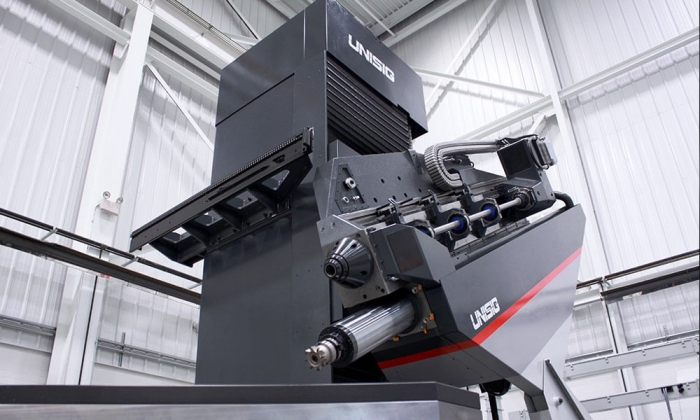 The USC-M series combines milling and deep-hole drilling functions in one machine. It’s designed to save time and minimize tolerance stack-up in moldmaking applications. Photo courtesy of UNISIG.

UNISIG takes a decidedly “unrigid,” collaborative approach to working with customers and suppliers.

Deep-hole drilling is a complicated process that, not surprisingly, requires a complex machine comprised of high-precision components meshing seamlessly. The complexity ratchets up with the addition of automation systems, which UNISIG customers increasingly are requesting.

Sometimes the first step in working with a customer looking to acquire an automated deep-hole system is to agree on what constitutes “automation.”

Because of the complexity and unique requirements of each installation, UNISIG works closely with suppliers and sets the quality bar high, according to Fettig. “Our suppliers are better because we are their customer,” he said. “We hold them to a higher standard.”