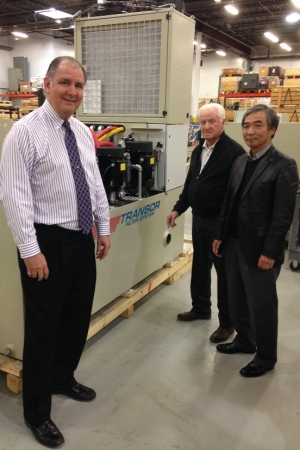 To lead this new operation, Transor President Irv Kaage announced the appointment of Yuji Nakamura as president/managing director. Previously, Nakamura, acting as managing director for Walter Japan, oversaw the expansion of that product line and contributed to the brand recognition Walter has in that country. Nakamura said the overall manufacturing sector in Japan has grown significantly in recent years and he is optimistic about educating the cutting tool sector on Transor's One Micron Filtration (OMF).

"The number of Transor users in Japan continues to grow," Kaage said, "and having a direct sales/service staff headed up by Mr. Nakamura is a great step forward in strengthening our position for current and future customers."