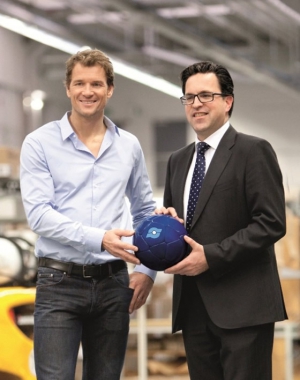 German clamping and gripping specialist SCHUNK has partnered with goalkeeper Jens Lehmann as the company's new brand ambassador. Managing Partner Henrik A. Schunk, an enthusiastic soccer fan, personally picked the athlete, citing "dynamics, precision, reliability and continuous top performance in the team." As a brand ambassador, Lehmann is able to communicate SCHUNK's credibly due to his proven competence in both soccer and society.

Lehmann's achievements include Champion Goalkeeper in Germany and England, Vice European Master and Third Place World Champion 2006; he also won the UEFA Cup and holds the record in the German national soccer team for the longest series without conceding a goal, with a total of 681 minutes. Lehmann continues to be active in both sports and social commitments: he is a member of the German Association of Childhood Cancer Care, supports England's anti-racism initiative "Kick It Out" and is getting his license to coach.