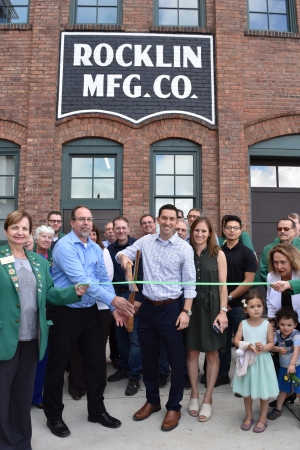 Rocklin Manufacturing, Sioux City, Iowa, has a long and storied history that began in 1934 during the height of The Depression. Just 8 years later, founder I.J. Rocklin moved the company to a uniquely constructed, two-story brick building built in 1912. Now, after a massive restoration effort that began in 2016, the company once again is calling this historic building home.

The company’s roots were in farm equipment, but its focus shifted in 1942 to full-time support of the World War II effort. Two hastily constructed building additions were appended to keep up with demand. As the company’s products and focus evolved after the war, the operation shifted to those additions. So the brick building sat largely dormant and neglected for nearly 50 years.

Located in the heart of a revitalized district in downtown Sioux City, Rocklin’s “new” home has both local and national significance, including the unique claim of supporting both world wars within its walls. At the height of World War II, 250 employees worked around-the-clock to support the war effort, including manufacturing escape tank hatches, running gear and shock absorbers. The company was awarded the prestigious Ordnance Flag, which just 13 out of 2,200 applicants received in honor of its outstanding wartime production. The rare Ordnance Flag hangs proudly in the entryway of the refurbished building.

After World War II, the company’s products ranged from tractor blades to lawn mowers to water level controls, always with a focus on driving productivity improvements and cost savings for its customers. It was when I.J. Rocklin invented the company’s core product, the Rocklinizer Carbide Application Equipment, in the mid-1960s that the operation predominantly shifted from the brick to the adjacent buildings.

As part of the restoration process, Rocklin Manufacturing has pursued a listing on the National Register of Historic Places, which it is on track to receive next year. The effort featured substantial brick restoration plus windows, doors, flooring, columns and other features that match historical photographs. However, the old is coupled with state-of-the-art features, including a new conference/showroom, an engineering lab, improved office space, and enhanced production, quality control and warehousing areas.

In addition, a 32’ x 40’ mural on the south wall of the building painted by local Iowa artists depicts the company’s workers during World War II along with I.J. Rocklin and his son, Jim, who led the company for 40 years until his death in January 2017. A plaque in the building’s entrance dedicates the building to Jim’s memory.

Rocklin Manufacturing has two facets of its business. It manufactures two products sold worldwide through a global sales and distribution network. The core product remains the Rocklinizer, which applies a hard and wear resistant surface to extend the life of metals, tools and dies. The newest version, the Model 950, accomplishes this faster and with heavier deposit capabilities than ever before. The other product Rocklin manufactures is the MoldMender Micro Welder, which repairs plastic injection molds and dies made of steel.

The company also selectively imports products for distribution throughout North America: Markator dot peen and scribe marking equipment including the FlyMarker battery-operated marking unit from Germany, the LaserEvo fiber laser marking equipment from Italy and the Lase One Micro Welder from France. 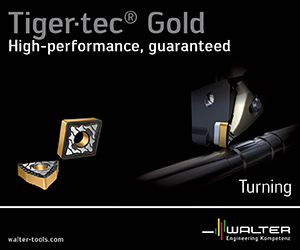