A reader's musings on safety 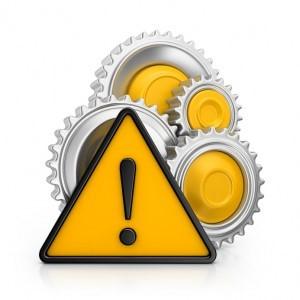 The following letter to the editor is from Kevin B. Quitberg

At the facility where I spent the bulk of my machining career, we had two components to the operation: the surface refinery where I worked and the underground portion where the ore was mined before being sent up to the refinery. The mine was 1,570 feet deep, so it wasn’t just a simple jaunt when folks were in a bind. In addition, there were restrictions on who entered the mine, and the hazard training required for both the underground (MSHA) portion and the methane presence in the mine atmosphere. This mine generated about 2½ million cubic feet of methane on a daily basis.

The machinist underground had no formal machining training, but he had been around the shop as things were being built over the years. He did have seniority, however, and he had first dibs on the opportunity to go to the shop when the earlier machinist (same situation on training) was working prior to his retirement.

At one point, the underground machinist was asked to quickly machine a small amount of material from the face of a spool piece. The spool piece had a wall thickness of about a half inch. As I remember, it was about 16” long and about 9” in diameter, with a flange toward the middle.

He chucked the piece in a 3-jaw chuck and tightened it. As he was taking the facing cut, the piece came loose in the chuck and flew out, hitting him in the sternum. The initial impact cracked his sternum and, as he fell backwards against some lockers, he hit his elbows and cracked bones in both elbows. He did not work for several months while recuperating.

The folks underground then brought the piece to the surface and told me what had happened, explaining that the underground machinist was in the ambulance on the way to town, then asked me to finish the job. That is a real warm feeling!

When the underground machinist came back to work, he was sent to the surface with another spool piece and instructions for me to show him how to do the job safely.

First of all, when chucking something hollow, you must be aware of distortion to the workpiece and subsequent loosening of the part in the chuck and the distortion you will cause to the finished workpiece. You need to develop a "feel" for the amount of overhang or distance from the chuck you will be machining and the cantilever effects (torque moment) the cutting tool will cause during machining. Just the weight of the part will contribute to this torque moment as well.

If there is an opportunity to use a steady rest, you may be able to chuck relatively lightly to avoid deformation in a 3-jaw chuck and allow the steady rest to compensate for the distance factor where the machining is taking place. In the event a steady rest is either unavailable or not large enough, you will need to scrap the idea of using a 3-jaw chuck. Out the window also is the idea of chucking lightly. The surface of the workpiece may also be irregular, which will preclude the use of a steady rest.

What I showed the underground machinist was the idea of machining a plate with 0.001” clearance to go into the bore of the chucked end of the spool piece. This would allow tight chucking on a hollow piece without the concurrent deformation caused by chucking forces. Because he did not have a steady rest available in the underground shop, I made a center drill spot in another piece of plate and tightened it against the end of the spool piece, leaving room to face the offending portion. If the piece is going to be a repeat operation, label the parts and put them in a cabinet for the next time.

When I did these things the machining portion of the job took just a couple minutes. The underground machinist explained that the prep work took too long and that they were in a hurry. They would have been mad if he had taken that long. I explained that if they knew how to do the job, they would do it themselves. The job takes whatever time it takes to do it safely.

Because the only thing the boss knows about machining is by observation, he really doesn’t know how long a job should take.

You must take the time it takes to do the job safely! No short cuts! You don’t have to be a prick about it; you can still be safe and efficient.