My latest trip took me to Las Vegas, where I attended HxGN LIVE 2019. Hosted by Sweden-headquartered Hexagon AB, the ninth biennial conference took place June 11-14 at the Sands Expo & Convention Center adjacent to The Venetian and The Palazzo resorts, and I participated in the Hexagon Manufacturing Intelligence division’s media program. 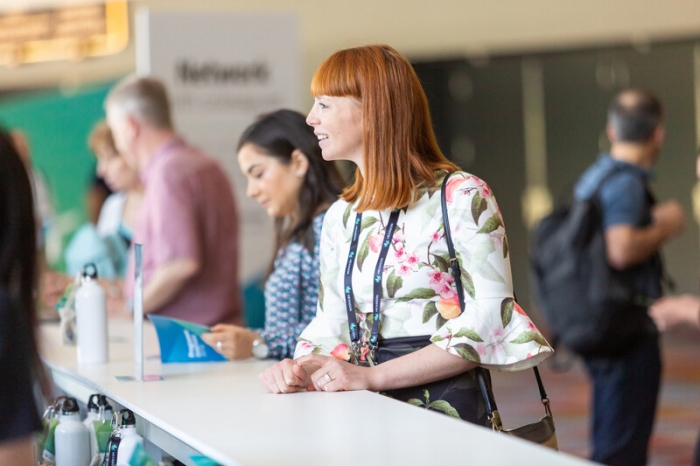 It's time to register. All images courtesy of Hexagon

The conference officially began with a general session keynote presentation by Hexagon President and CEO Ola Rollén titled “Your Data Can Save the World … and Why It Matters to Your Business.” A more complete description of his keynote will appear in my Lead Angle column in the August issue, but Rollén emphasized that at human’s current rate of consumption of the planet’s natural resources—we’ve already consumed 30% of its resources—and greenhouse gas emissions, we will reach a point-of-no-return “doomsday limit” around 2050. At that point, the average person will face a rather challenging existence, with no more fish in the seas and CO2 emissions at such a high level that the air won’t be good to breathe, according to Rollén. “We need to fix this problem before 2050.”

He proposed using data in more clever ways to drive efficiency, productivity and quality to reduce CO2 emissions and push the doomsday limit into the future and ultimately reverse the trend of resource depletion and waste overwhelming Earth’s system. But, Rollén added, the only way to way to change mankind’s behavior is to make it financially driven. 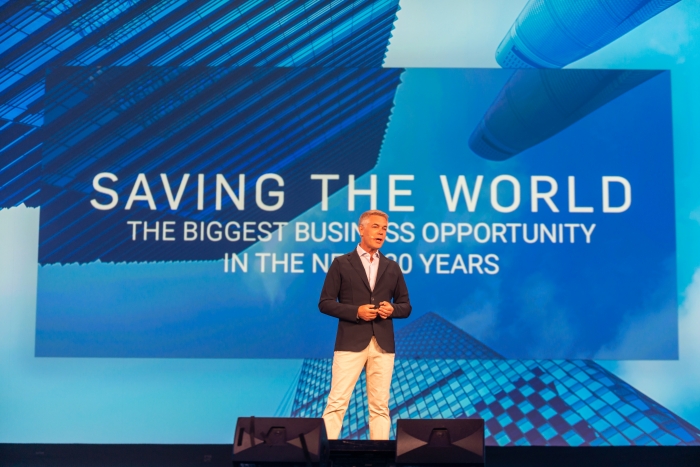 Hopefully, people will take advantage of the opportunity and rather than society collapsing in several decades, manufacturing plants will have made significant strides forward. During the session where editors interviewed members of Hexagon’s C-suite, I asked Angus Taylor, president and CEO of Hexagon Manufacturing Intelligence North America, about his predictions for a factory in 2050. Besides being much more efficient, he said it would use simulation to prevent any product deviations and avoid preventable mishaps. In addition, with additive manufacturing becoming much more developed, it will be possible to make anything.

In connection with Rollén’s keynote message, Taylor said it’s important for Hexagon to be socially responsible and set the proper level of expectation for the next-generation of customers and employees. 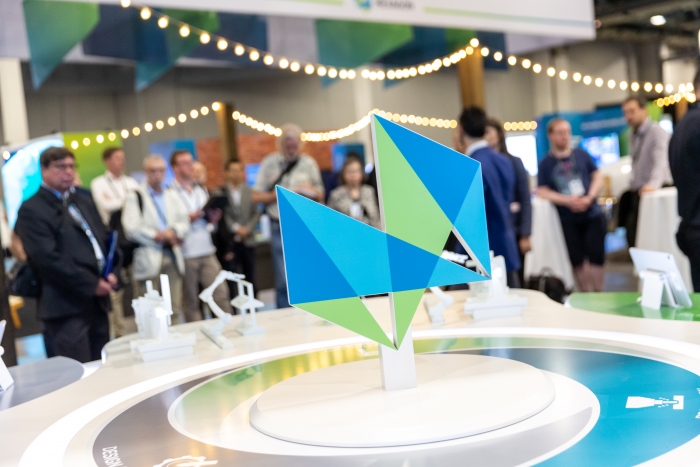 While interviewing Norbert Hanke, president of Hexagon Manufacturing Intelligence, he emphasized the need to reduce waste by first making it visible. “Then, we can work to avoid waste and make a business case out of it. That’s a super strong message.”

Hanke pointed out that the company is building a digital track in which the data flow is seamless and not seen. “Meaning what the user will see is a user interface. He doesn’t care what it is in the back,” he said. “That is when you have the least interaction from human beings. That is an autonomous connected ecosystem.”

Hanke distinguished between Industry 4.0 and smart—or smarter—factory initiatives. “Because for me, Industry 4.0 would seem to be rebuilding the whole production process,” he said, noting smart manufacturing involves taking a step-by-step approach, such as using a CAD/CAM program for cutting tool management. “All these little steps are important, and that’s smart manufacturing. That has nothing to do with Industry 4.0.” 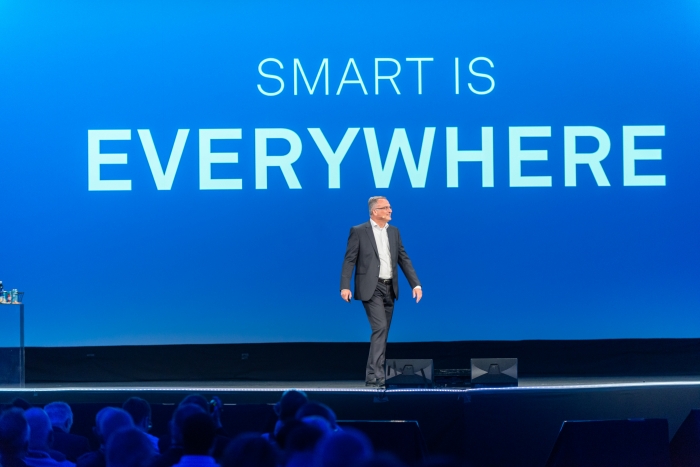 Earlier in the conference, Hanke presented a keynote titled “Smart is Hiding in Plain Sight, Finding the Data in Your Factory—and Putting It to Work.” The places it’s hiding include your resources, your ideas, unused data and in between your tools and your system. For the latter, he said the company’s FASYS tool management system can help by connecting a CAD/CAM system to tool inventory management and ensuring that the correct tool is applied to cut a part, and that the tool is set up properly and in stock.

While metrology is in the company’s DNA, Hanke said he is seeing metrology moving towards the production side as well. “The idea is we would have metrology in the process, already embedded.” 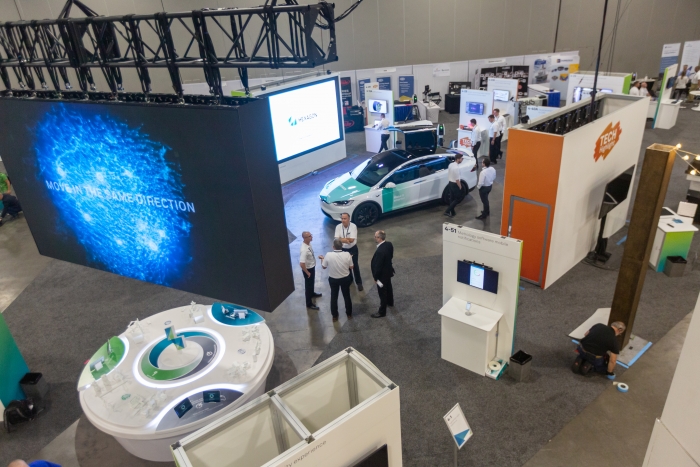 An aerial view of the smart factories featured experience at The Zone.

Steve Sivitter, CEO, production software at Hexagon Manufacturing Intelligence, concurred. “We have technology now where we can start to look at how to use the accuracy of a machine tool to do more metrology operations on the machine tool.”

That capability is beneficial when machining very large molds and dies, for example, because users want to avoid lifting them off the machine to check part quality and dimensional accuracy, he added.

Sivitter said he continues to see a blurring of the lines that historically separated design and engineering, production and metrology as a machine tool becomes much more the center where everything happens. “We are not quite there yet, but we are on a path.” 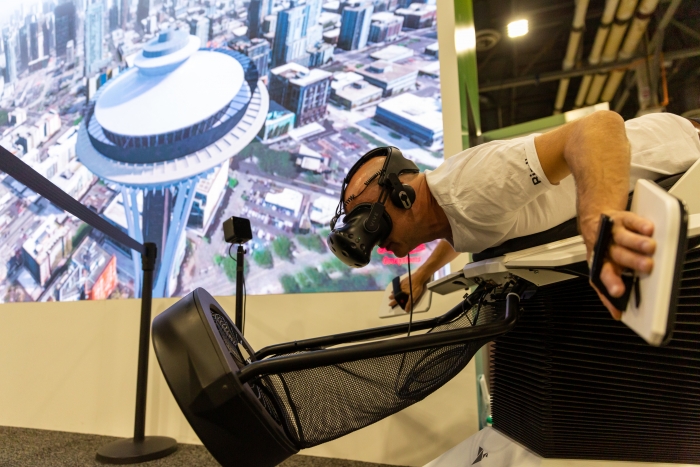 A demonstration of the Birdly VR body takes place in The Zone.

Another conference highlight was The Zone, a 120,000-sq.-ft. exposition that showcased transformative digital solutions across production and urban ecosystems, according to Hexagon. In addition to learning opportunities, I was able to sample some craft beer from Campus 305 Brewing, drive a vehicle simulator and fly above Seattle on the Birdly virtual reality body from Somniacs SA. For some reason, I had no issue with crossing the median strip and plowing into oncoming traffic while driving but I felt more comfortable soaring high above buildings to avoid contact while flying. 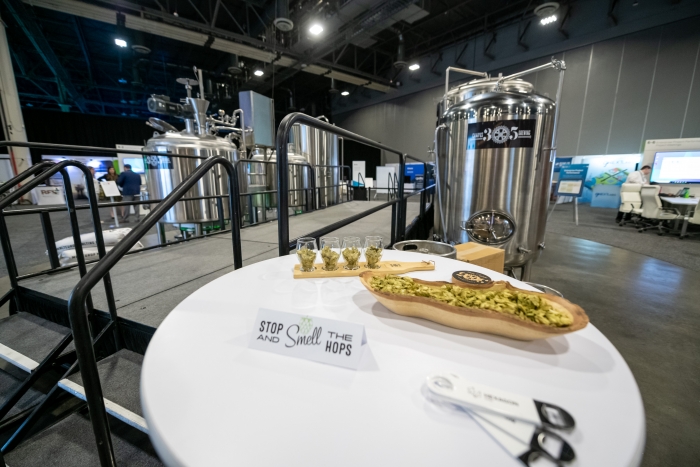 Stop and smell the hops at Campus 305 Brewing.