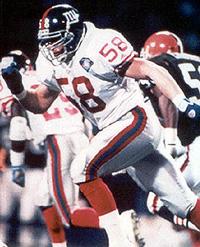 In connection with the writing of the Productive Times section of an upcoming issue, I spoke with Pete Shufelt, owner of Backerworks Manufacturing LLC, Albuquerque, N.M. While visiting the job shop’s website, I read that Shufelt was an NFL linebacker before starting his machining business.

During our telephone interview, which primarily focused on how Backerworks benefited from switching to the HOCUT 8640 coolant from Houghton International, Valley Forge, Pa., in some of its machines, I asked how he gravitated toward machining after being a professional athlete. Shufelt said he became interested in metalworking during high school, where he took machining and welding classes during his 4 years there.

Shufelt recalled that as a freshman, he spoke with his counselor, who was also the football coach, about the need to take electives. The counselor mentioned wood shop, which didn’t excite him, as well as metals technology. “I said, ‘That sounds interesting.’ It kind of all started there,” Shufelt said.

During Shufelt’s football career, most of his time was with the Kansas City Chiefs and the New York Giants, but he also has stints with the New Orleans Saints, the San Francisco 49ers and the Denver Broncos. In addition, he played in the NFL Europe league with Rhein Fire.

For Shufelt, having the physical talent to make it to the NFL certainly distinguishes him, but his metalworking education helped sustain and grow Backerworks. According to the website, Shufelt began the business out of a backyard garage in 1998, and the machine shop now occupies a 22,000-sq.-ft. facility and offers CNC machining, certified welding, waterjet cutting, fabrication, wire EDMing, tool and die making, inspection and quality assurance.