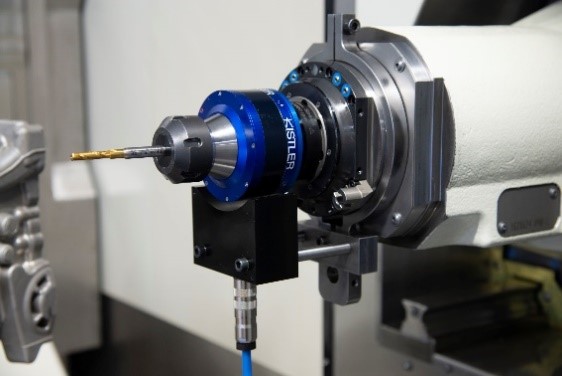 At Emuge-Franken, manufacturers of threading, gaging, clamping and milling technology, sensors and dynamometers from Kistler are used to aid in the development of new precision tools.

With the Kistler technology, Emuge-Franken facilities in Germany make an objective assessment of the forces and torques that act during the cutting process, which can lead to new innovations in manufacturing technologies such as thread production.

Emuge-Franken has used measurement technology from Kistler since 1998. "We currently operate three Kistler products in our development department: one force/torque sensor and two dynamometers. These include the 9170A rotating 4-component dynamometer (RCD) that rotates in the spindle, so we can measure torque as well as the forces along the three spatial axes," said Julian Raum, a mechanical engineer in the Application Technology and Development Department at Emuge.

Developers at Emuge‑Franken use the measuring instruments from Kistler in bench tests aimed at optimizing tools and processes: the results play a crucial part in achieving the desired quality. "Rather than relying on subjective assessment criteria such as noise development, vibrations and visual impressions, we've been taking more measurements on our products since about 2014," Raum said. "The sensors give us dependable quantitative feedback that allows us to make far better comparisons between tools, and we can vary the individual parameters to implement all-round process optimization."

Pushing the limits of what is feasible 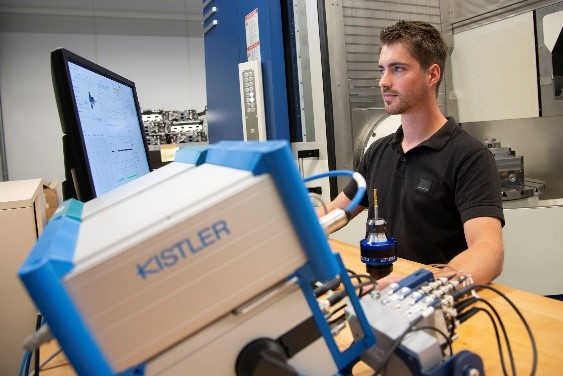 One example is Emuge‑Franken's Punch Tap product. Helical (or spiral) cold-forming of threads is a production process that saves as much as 75 percent of the time taken by conventional technologies, with no compromises on quality, said Raum. "Punch Tap was developed jointly with a major OEM in the automotive sector. We had to validate the processes directly on the customer's production line, and that was when knew we could count on measurement technology from Kistler," he said. "Their sensors and dynamometers help us to understand how changes to the tool's macrogeometry and microgeometry impact the process force and torque, and they also give us better insights into the kinematics in the machining process."

Kistler products are also used in the development of geometries, coatings and kinematics at Emuge‑Franken. "Thanks to piezoelectric technology from Kistler, we can take dynamic measurements with high sampling rates. Because the piezo system is rigid, it has a high natural frequency and does not become deformed – unlike a strain gauge sensor," Raum continues. "These measuring systems operate very stably, and they deliver highly accurate measurements. We are also extremely satisfied with the support we received from Kistler during and after the practical testing at FRANKEN in Rückersdorf. The high quality of Kistler products speaks for itself: we began operating the very first dynamometer at EMUGE in 1998 – and it was only taken out of service in 2019! Their measuring equipment is very robust, and it can also withstand tool breakages in most cases."

In addition to the 9170A dynamometer, Emuge‑Franken's tool development department is equipped with the 9345B force/torque sensor and the 9257B 3-component stationary dynamometer, and this technology is helping the company prepare for the future.

Raum said he could envision deploying accelerometers from Kistler for on-site process optimization at customers' premises in the future. For example, this would make it possible to test milling processes with different cutting parameters, and the vibration behavior of the entire system could be assessed. "Wireless data transmission is another feature that would be of interest to us. A measuring chain that does the job without cables would deliver a whole series of practical benefits."

For more information on Emuge-Franken products, phone the company's U.S. headquarters at 508-595-3600 or visit the company's web page.