When Dake opened its doors 130 years ago in Grand Haven, Mich., the machine tool manufacturer became known for its prowess at producing steam engines. Dake manufactured more than 10,000 steam engines for the war effort. Only after the end of World War II did Dake begin manufacturing its line of arbor presses and hand-operated hydraulic presses.

Over the years, Dake has expanded its product line to include bandsaws, cold saws, drill presses, and variety of other machine tools. Located in a small lakeside town in the Midwest, Dake counts among its assets the hardworking American spirit alive and well in its team members. The Dake entrepreneurial spirit lives on by empowering the next generation of metalworkers with quality tools that help make their dreams a reality. 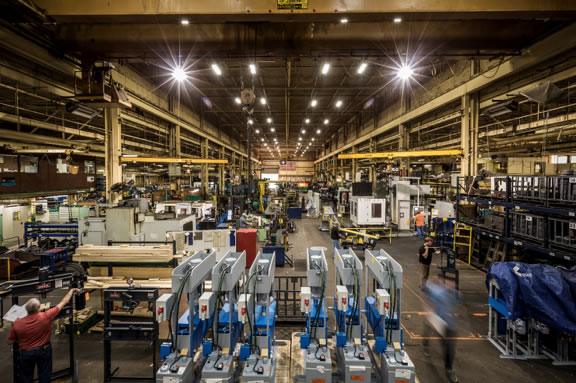 Inside the Dake manufacturing facilities in Grand Haven, Mich.