Controls, DIYs and getting respect 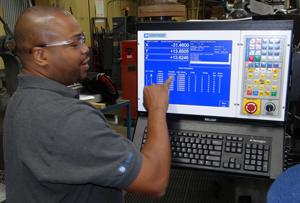 The CNC Cookbook blog recently polled its readers regarding their use of—and satisfaction with—CNC control systems. According to the results, the five most-used CNCs are, in order, FANUC, Haas, Mazak, Siemens and Centroid. Those first four names are familiar to you; Centroid, which jumped to fifth on the list from 14th in last year’s poll, may be less so.

“We’re used to that,” Centroid’s VP of product development and marketing Keith McCulloch told me. Even though the Howard, Penn.-based company has been in business for decades, they don’t have the recognition that some of their competitors have, he said. “We’re the Rodney Dangerfield of CNC controls.”

One thinks of CNC controls makers as either developing a control for their own line of CNC-driven machine tools (such as Haas and Mazak) or else in the business of selling their controls to other machine-tool builders (such as FANUC and Siemens), but, usually, not both. Centroid does both. The company’s CNC controls are sold to others, but the company also makes and sells its own CNC machines as well as probes and other items.

So, what could account for the company’s one-year surge of nine places in the CNC Cookbook poll? McCulloch credits a group of manufacturers he calls “DIYs” or “do-it-yourselfers.” This may conjure up images of garage-workshop hobbyists or “maker movement” adherents but in fact those are not who McCulloch is referring to. He means a subset of manufacturers that he divides into a further three categories.

First there are “tinkerers,” who simply like to play with the CNC control of a machine. “They like to write their own macros, maybe get a small tool changer to work—it may all be in the service of making something on a machine, but they really love playing with and getting to better understand the CNC technology.”

Then there are startups that actually want to make an original product to sell, using CNC machining equipment. These folks are on a budget and don’t want to pay for any more complexity or capability than they need to make their parts. “Rather than buy, say, a $40,000 new CNC router, they will retrofit a used one or even build one—and use a simple-but-capable CNC with industrial-level CNC software on it.” The difference between them and the first group is that the motivation is to actually make parts.

The third and smallest category is that of “semi-professional retrofitters. These folks are “simply trying to get a control onto a machine with the goal of reselling it. They want the lowest cost, best solution possible for controlling that particular machine.” This is a small segment of the DIY category “but there are people who are doing this, and making money at it,” McCulloch noted.

Centroid offers an entry-level CNC control kit called Acorn, which uses the same software as its factory-ready CNC machine tools but at a fraction of the cost. Such products aren’t for everyone—but there are enough users of them to vault the “Rodney Dangerfield of CNCs” to at least one poll’s list of most-used controls.

Coming soon: A feature in the December issue of CTE will look at how industrial CNC controls are evolving to address user concerns in the areas of ease-of-use, power and more.