Controls and networking: a reader responds 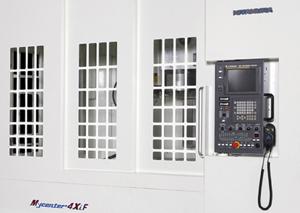 My October 20 post on adding capabilities to your current CNC (CNC lacks options? It may not be too late) brought a response from Michael Todd, who shares a problem. “We have a few Kitamura MyCenter 4XiF vertical machining centers with Fanuc 16iMB controls running daily on our shop floor,” he writes, “The Fanuc control hasn’t given us a single problem since they powered on for the first time. However, we haven’t been able to get the machines onto our network and we have given up trying.”

We have had our dealer out several times, and then we went to Fanuc directly. Several service engineers tried to figure it out without success. They had all the information about the drives and cards inside the 16iMB system and reassured us that we had everything we need get the Kitamuras networked. We purchased Fanuc’s program transfer tool software edition 10.00 and the service engineers tried repeatedly but came up empty. They tried plugging their Dell laptops directly into the Fanuc Ethernet cards and installed the software onto their laptops, hoping the problem was on our end—but they had the same problem.

After 10 hours of two service engineers tying up our machines, they had to go and that’s where things have stood for the past two years.

He went on to note that, in contrast, “Our Mazak, Makino, and Haas machines took about 10 minutes each to install onto the network without issue.”

I offered to share Michael’s networking issue with CTE readers—as I’m doing here—in the hope that someone may have overcome a similar dilemma in the past. In a second email, Michael also noted that there is an opportunity for people with this kind of expertise to do business in his neck of the woods:

A Cisco representative felt confident that he could bring in a technician to integrate all our machines into a local network—but he would have been coming from Chicago. That is a problem for us because if something goes wrong once the install is completed, help would be a 2-hour flight plus a 1-hour drive away from our facility.

I have to believe that there are a large number of companies in this country that specialize in automation, networking, and software integration for the manufacturing trade. I have yet to find one locally that has truly “wowed” me during a conversation. Perhaps CTE could do an article on this subject as well. It could shake some branches and let the companies that specialize in this see the need to be seen.

Is there an unrecognized shortage of capable automation, networking, and software integration help outside of our major urban manufacturing hubs? Or are they just going unseen? We invite your feedback.