The skyline's the limit for this grinder

Good news for component manufacturers looking for more shape options from the grinding process: The skyline is the limit for a grinder featuring unique technology for turning out nonround parts. 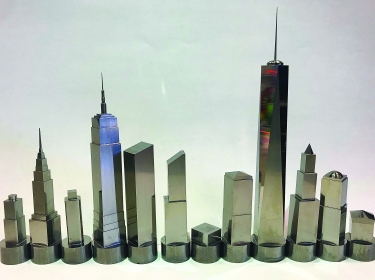 Rollomatic invented pinch/peel grinding, a process that simultaneously applies both a roughing and finishing wheel to a part. As a result, roughing and finishing are completed in one pass, eliminating the need for two separate processes and reducing cycle time. The two grinding wheels run on separate spindles and are positioned by independently controlled CNC linear slides.

“You have no deflection because you are applying the wheels to two sides of the part,” said Eric Schwarzenbach, president of Mundelein, Illinois-based Rollomatic Inc., the company’s North American headquarters. “If you only use one wheel, you are deflecting (the workpiece), so you can’t do long and thin parts.”

Common nonround shapes that can be made by the NP50’s pinch/peel process include ovals, squares and rectangles. He said the process also can produce “weird” shapes. For example, one of Rollomatic’s magazine ads shows a group of carbide parts that look like the buildings along the New York City skyline. These parts all were made in one chucking by the NP50, he said.

The key to grinding nonround parts is software that positions the grinding wheels in relation to the clamped workpiece.

To make a square part, for example, “the wheels move in and out four times and the software tells the wheels exactly where to be,” Schwarzenbach said, “so the finished part looks like a square in the end.”

Rollomatic also touts new technology in the NP50 aimed at making the nonround grinding process faster and more accurate. For example, the belt-driven workhead in older Rollomatic grinders has been replaced by a workhead with a direct-drive spindle. 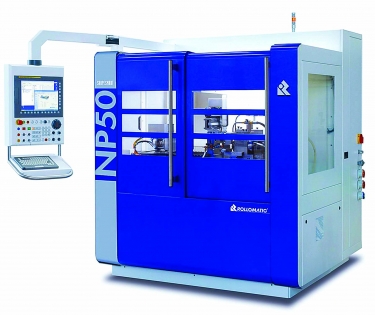 The ShapeSmart model NP50 pinch/peel grinding machine can grind both round and nonround parts. Image courtesy of Rollomatic

“Though we had a very precise system before,” Schwarzenbach said, “with direct drive and an encoder on the workhead, we can interpolate very accurately for nonround grinding.”

Thanks to the increased accuracy made possible by direct-drive technology, he said nonround parts made by the NP50 lack the transition lines visible on components made with the belt-driven system. Since there’s no need to slow down the process to deal with appearance-marring lines, the NP50 can complete nonround grinding 20% to 30% faster than belt-driven counterparts, he said.

To get the best performance from the NP50, he recommends using a good chilled coolant oil, as well as top-notch dressing and balancing machines for the wheels.

“So nobody can do nonround grinding the way we do it,” Schwarzenbach said. 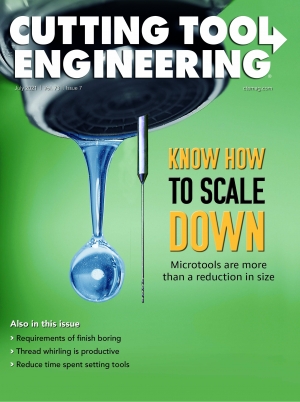