If the U.S. Occupational Safety and Health Administration just could make its regulations sticky and crimson, then they would embody red tape.

He cited the “Walking-Working Surfaces and Fall Protection Rule” as an example. OSHA extensively revised the rule this year, with most changes already taking effect but some being delayed by several months—or up to about 20 years.

“The rules vary quite a bit by the individual regulation,” Herberger said. “Some regulations are heavily performance-based, where OSHA spells out the outcome they want to see and leaves it up to you to get there. They also have some very prescriptive standards, where OSHA goes into elaborate detail defining exactly what a ‘hole’ is, for instance.” 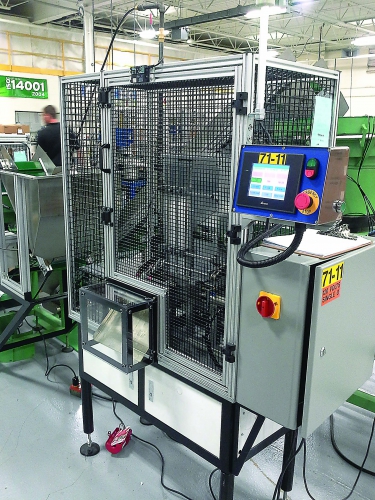 These standards might include what such a hole looks like, what type of guarding needs to be around it and what measurements those guards need to take.

“For end users, it’s very difficult to get through, analyze and understand what the standards are and what they mean—basically, to interpret them properly,” Brenner said. From an application standpoint, it’s hard to know how to make a machine comply while maintaining a high level of productivity, he noted. “I can’t stress enough that the standards are complex, the machines are complex and many times the machines’ usage is complex to the user.”

“Understanding what the regulations are and who they’re dictated by is difficult,” he said. “There’s a lot of confusion about what exactly is a regulation and what is a recommendation.” He described the OSHA standards book as incredibly hard to follow. “It’s not clearly laid out that ‘If you have this type of machine, you need to have this on it,’” he said. He understands that the many differences among machines make OSHA’s task difficult, however. 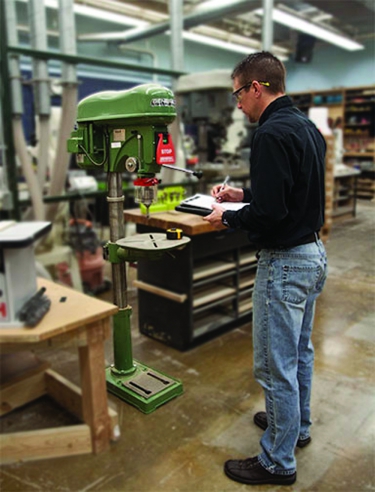 It’s not only OSHA’s regulations but its enforcers who are inconsistent, according to McDevitt. He compared the discretion of the latter with that of the police. “You might be driving down the road going 63 miles an hour in a 55 zone and not get a ticket from one police officer. But the next day you’re going the same speed and you get a ticket from a different officer. That inconsistency leaves a lot of people willing to roll the dice with OSHA” because they don’t understand the regulations, he said.

The American National Standards Institute is a not-for-profit organization that recommends voluntary workplace standards. Sometimes those standards are adopted or adapted by governmental agencies, such as OSHA.

“OSHA has the ability to set laws that, in their mind, protect workers from illness or injury and create responsibilities for their employers to comply with,” said Todd Grover, global senior manager for applied safety solutions at Master Lock. He’s a participating member of the ANSI Z244.1 committee on the control of hazardous energy and a delegate to the U.S. PC283 committee contributing to the upcoming ISO 45001 global standard for occupational health and safety.

From a regulatory standpoint, it is common for OSHA to be cut and dried in its expectations and requirements while organizations like ANSI seek to promote effective work practices that protect workers because they’re recognized as a valuable resource, according to Grover. He believes that because of the OSHA laws, many workplaces seem focused on simply meeting compliance requirements “instead of figuring out the very best methods to get the job done with the least risk to the worker. So complying with safety laws becomes conflictual rather than an incentive to improve processes.”

A good example of regulatory complexity is the lockout/tagout standard—formally titled “The Control of Hazardous Energy (Lockout/Tagout)”—which OSHA enacted in 1989. Lockout/tagout prohibits employees from maintaining
or servicing a machine unless its power is off and some sort of lock prevents people from resuming power during maintenance or service. Despite the standard being in place for 28 years with little revision, OSHA blames the failure to control hazardous energy for almost 10 percent of the serious accidents that occur in many industries.

Grover said complying with lockout/tagout is challenging because its expectations do not come with precise criteria for performance and its very nature is difficult to address. If a potential issue is not predicted, a facility may not be ready for it.

“There are a lot of safety practices, such as the use of safety glasses or inspecting your forklift, that happen routinely,” he said. “But lockout often is used with very little notice when a problem occurs that demands a quick solution. Many times, the resources needed, like trained personnel and the right equipment to secure energy sources, are not available. So people are unprepared to apply lockout, and the accidents happen when—through their best intentions to stop the machine—it suddenly starts up because it hasn’t been secured.”

Furthermore, he said OSHA’s insistence on applying lockout/tagout so frequently for shop operations, even when arguably unnecessary for precautionary purposes, ironically can backfire and result in injuries.

“There are times that, technically, lockout is required when it’s not a very dangerous task,” Grover said. “So the worker will adopt a mind-set of ‘I’m wasting my time with lockout/tagout. I’m in control here. I know what’s going to happen. I’m not going to use lockout to protect myself.’ But underestimating the ability of a machine to start up is the foundation of lockout accidents.”

Although penalty limits have begun increasing, whether enforcement also will escalate has yet to be seen. Brenner predicts that it will take another year or two to have a clear answer, and despite noticing a heightened presence of OSHA representatives at facilities this year, McDevitt is unsure whether that indicates a trend. At multiple companies, Herberger has observed a slight uptick in enforcement. But he describes financial penalties as almost irrelevant compared with such costly factors as downtime, equipment damage, lawsuits and reputational harm.

The actual penalty value that OSHA can assign to violations remains “pretty paltry,” he said. The threat to a company’s reputation is much more significant. A tactic that OSHA has been trying lately is “to shame manufacturers by plastering violations all over its home page and sending releases out about them,” Herberger added. “If you have a serious injury that results from some sort of regulatory nonconformance, you’re going to spend 10 times the amount that OSHA would fine you. The increased fines aren’t changing manufacturers’ decision-making processes.”

Despite the potential for confusion, if a company takes the right approach, the regulatory burden from OSHA can seem secondary to the overall issue of safety, experts said.

“When we see companies proactively safeguarding machines, it’s not because there’s been an injury,” Brenner said. “It’s not because there’s been a visit and a fine. It’s because they see there is cost savings in making their machines safe and creating a safe work environment. Workers who feel valued and safe are, in fact, more productive. More highly educated safety personnel feel it’s the right thing to do. At the corporate level, companies are starting to understand that there are substantial costs in workplace injuries.” 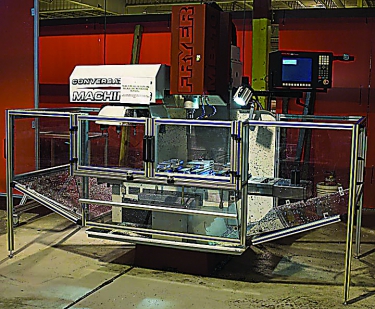 This machine guard uses a T-slotted frame and clear panels for easy viewing while keeping sprayed fluids contained and off the ground to prevent slipping. Image courtesy of Faztek.

Safety is an investment, not an expense, according to McDevitt.

“If you’ve got something moving that can hurt someone—a conveyor, a robot, a grinding wheel, whatever that may be—making it where people can’t get their selves, their hands, their fingers, their hair, into that is a common-sense approach to being safe as opposed to following what a regulating body says.”

Each year, OSHA inspects only a tiny fraction of the employers under its jurisdiction. Even if a company is visited and found to be compliant with regulations, that is no reason for celebration," Brenner said.

“Just because a machine is compliant with OSHA does not mean it’s completely safe,” he added. “Although not law, ANSI standards are what they really should be shooting for to reduce risk and create a safe work environment. Most OSHA regulations for metalworking machines haven’t changed in 40 years. The machines have changed, the technology has changed, but the laws haven’t changed.”

The same attitude should be taken toward injuries, McDevitt said. Avoiding accidents for a certain period of time does not necessarily reflect proper safety measures.

“That is one of the biggest misconceptions at any metalworking company,” he said. “You may simply have an experienced staff who knows how not to get hurt—and then you bring in someone new.”

Herberger said one of his prior employers had many facilities and, consequently, many incidents in any given year, but only about 1 percent of those could be attributed to a failure to adhere to regulations. Herberger considers regulations the “minimum requirements” and nothing more in the quest for safety.

Regulations were “derived through pain and blood, through trial and error,” he said. “Perfect compliance with the regulations will keep you in good standing with OSHA, but it’s not going to keep your employees safe.”

Rockford Systems and Master Lock have formed a strategic partnership to accelerate the adoption of safety technologies at manufacturing facilities throughout North America. The companies teamed up to reduce workplace accidents, improve job efficiencies and help ensure that manufacturers comply with OSHA, ANSI and NFPA 79 machine-guarding and lockout/tagout standards. For more information, go to cteplus.delivr.com/2t6yt