CNC lathes have evolved greatly over the past few decades. What were once simple 2-axis turning machines have become a bewildering array of extremely capable metalcutting equipment, most of which offer two spindles, multiple turrets, robust milling capabilities and can complete many parts in a single setup.

In other words, they have become multitask machines.

Despite the obvious benefits, however, many parts manufacturers look at the $500,000 price tag of a multitasker and cringe. They can buy three or four conventional lathes or machining centers for that amount and, therefore, crank out more work and eliminate the eggs-in-one-basket worry of a single supermachine breaking down and bringing production to a standstill.

They might also look at a tool-changing, multispindle, live-tool machine and wonder who’s going to run the darned thing. Good machinists and programmers are in short supply—good luck hiring one that can set up a machine with eight or more axes, dozens of tools and the crash potential of a stock car race. With its complexity and high price, multitasking is perceived by many in the machining world as a headache that should be avoided. Not so, say sellers of multitask machines. 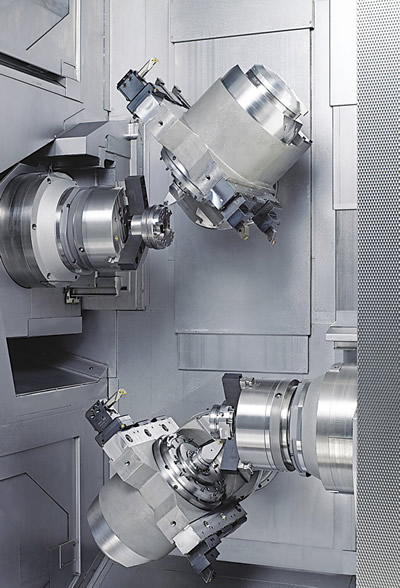 “This is especially true for job shops,” he said. “You never know what’s coming through the door. With a multitasking machine, you can quote pretty much anything that fits on the machine and have confidence you can get it done quickly.” 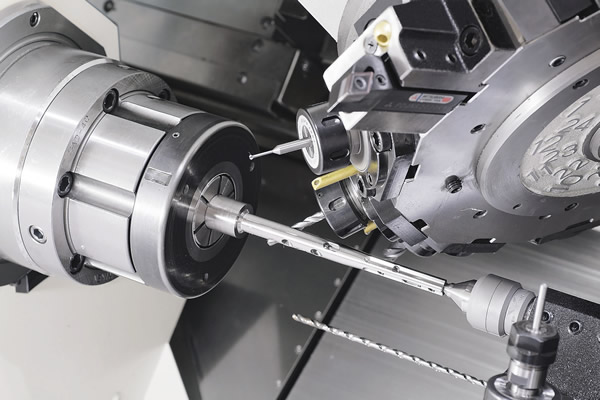 Furthermore, the notion that shops will be unable to find qualified operators is false, Appleton said. Aside from the occasional engine lathe or manual mill operator who’s new to CNC machining, most on the shop floor acclimate quickly to the challenges of multitask machining.

“Most of these machines are really nothing more than two lathes with a machining center on top,” Appleton said. “If you can break the programming and setup into smaller pieces, tackling the part one machining process at a time, it comes together pretty naturally. Typically, we figure from 2 to 4 months and the customer will be up and running and well on their way.”

Appleton said the steepest part of the learning curve with multitaskers is rethinking part processing. Gone are the days of worrying whether the part will collapse during the second operation, wondering how to clamp it on a machining center. No more work in process or scrapping hundreds of parts on the final operation. 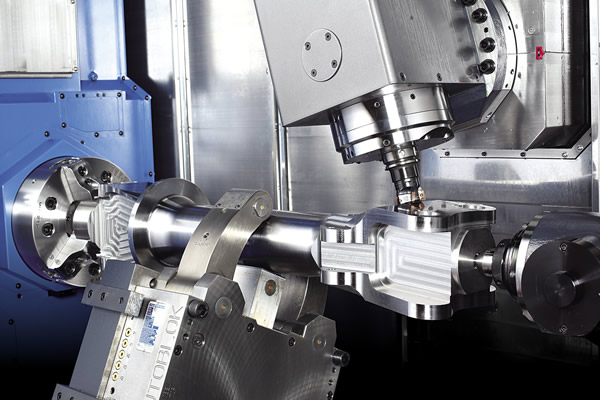 “It may seem ironic, but machining is much simpler with a multitasker,” he said. “You load some bar stock or chuck a sawed blank, push cycle start and a few minutes or half an hour later out comes a finished product. Part handling and human error are virtually eliminated with a multitasking machine. Best of all, we find pretty consistently that parts are completed in about half the time.”

“With conventional machine tools, you typically have a couple of lathe operations, then the job heads to the milling department,” said Rich Parenteau, director of applications development at Methods Machine Tools Inc., Sudbury, Mass. “The parts have to wait in between machines, so there’s work in process sitting around. You have to build fixtures, pay for material and employees. The entire process takes weeks and often much longer.

“With a multitasker, the part comes out of the machine, you wash it, pack it, ship it and invoice it the same day. Not only is it more efficient, but you’re getting paid quicker. For small shops especially, this is a big boost to cash flow,” Parenteau said.

He agreed that multitask machine setup and programming is nothing to fear. Many machines have onboard CAM software with simulation capabilities, so potential collisions are easy to spot. A variety of M codes and other functions exist, making synchronization of the various machine axes—and commensurately shorter cycle times—simpler to achieve. Finally, elimination of multiple fixturings makes it easier to meet tight tolerances.

“Geometric and dimensional part tolerances are tighter than ever,” he said. “Feature to feature, hole to hole, concentricity, roundness—it all becomes more difficult when you’re tumbling a part across four or five operations. Also, if you don’t have to worry about locating on a journal or bore, then there’s no need to hold tighter tolerances on that feature than what’s called for on the drawing. Multitasking avoids all that.”

Despite the benefits multitasking machines provide, their high price tags raise concerns that must be addressed. Jeff Reinert, president of INDEX Corp., Noblesville, Ind., said one of his customers wrote a letter to his employees, explaining his decision to invest $500,000 in a multitask machine.

“Compared to an older machine that was already paid for, [the customer] calculated the additional payment would cost the company $6.80 per hour, assuming round-the-clock operation for a period of 10 years,” Reinert said. “Time studies showed the multitasking machine was three times faster. With a shop burden rate of $50 per hour, parts that cost $2.50 to make on the old equipment could be produced on the multitasker for $0.97 apiece. Even with a more-conservative 50 percent productivity improvement, the new machine put an additional $0.61 per part in the company coffers.” 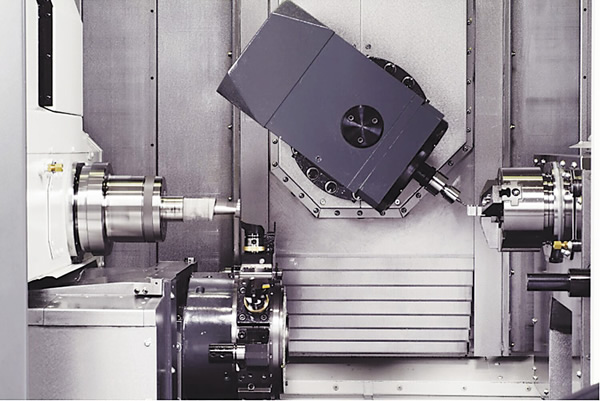 Why not buy five commodity machines for $100,000 each, then, and machine the parts in one-fifth the time? That is the sort of thinking manufacturers have been trained over the decades to take as gospel—that the lowest-cost CNC spindle equals the lowest-cost part.

However, Reinert pointed out that a number of factors besides machine cost impact part profitability.

Compared to a multitask machine, five conventional machines require roughly five times as much floor space, maintenance, tooling and employees,” Reinert said. “We have to stop thinking about the machine cost alone, because it’s basically irrelevant in most situations. The most cost-effective solution is the one that makes a good part in the shortest amount of time with the smallest machine footprint. That’s where multitasking machines really shine.”

“We’ve always been a Swiss shop, which I consider multitasking, but the new breed of CNC mill-turn lathe offers more capabilities and overall flexibility compared to our conventional machine tools,” he said. “It’s a perfect fit for our corporate goals.”

Those goals include e-commerce-like flexibility, where a customer can order complex parts online one day and have them delivered the next. “I think multitasking and similar machining technologies are the future of our industry,” Weigel said. “Manufacturers should have the ability to accept an order electronically and have the job go directly to the shop floor, where a complete part is quickly kicked out and shipped off to the customer. The only way you’re going to do that is with multitasking equipment.”

The Mazak is an important part of that equation. With twin turrets, Y-axis milling capability and the ability to apply up to 144 tools, Weigel said there’s little the machine can’t handle. Mastering all that newfound multitasking potential doesn’t happen overnight, however. Two years after the machine was installed, the shop is still finding new ways to improve cycle times and take full advantage of the machine’s capabilities.

“When you get up into higher volumes, it’s important to balance out the cycle time between the two spindles. It’s no different than on a Swiss machine, where you try to get as many tools as possible in the cut at one time,” he said. “That’s something we’re continually working on, but the Mazatrol control makes it fairly easy. We also like that the machines are virtually impossible to crash, unless you intentionally disable the safety barriers, of course. That’s an important feature when you’re talking about a half-million-dollar machine.”

Weigel already placed an order for a second, similar multitask machine, and offered some advice for would-be multitaskers: “Make sure to align yourself with a knowledgeable machine tool distributor. There’s a lot to know about processing parts on these machines. The technology is still new enough that some distributors don’t have the necessary expertise, and customers end up running an expensive multitasker as if it were a regular lathe or mill. Without the right partner, they don’t get the full functionality out of their equipment.”