As manufacturing demand continues to be volatile, it has resulted in constantly growing labor and material costs, causing manufacturers to become leaner and more flexible to stay competitive and profitably capture demand. To unlock more capacity without necessarily hiring experienced machinists or buying machinery, operational leaders increasingly are looking to maximize existing employees and equipment.

For manufacturers that have high-mix, low-volume operations, production targets often are not met because of lost capacity in setups, changeovers and loading parts. Machine utilization on average is often close to 25% in such operations instead of the 60% to 70% uptime that most manufacturers assume, and this is a hidden loss that is hard to quantify without having true visibility into the shop floor. Many of our robot integration installations have been for data-driven manufacturers that look to objectively keep track of operations and strategically invest in technological and process improvements. 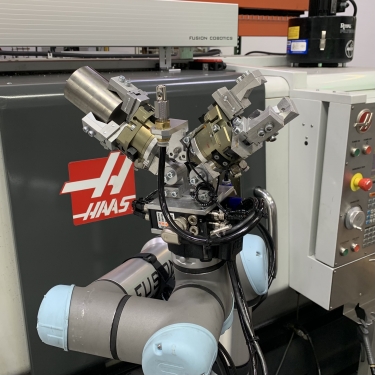 To truly understand operational reality, leading manufacturers use tools like machine monitoring to create an accurate, real-time baseline of operations so manufacturers can use these levers to consistently meet goals for production, as well as quality, cost and delivery. One solution that many of our customers use to track machine data is Chicago-based Amper Technologies Inc., which translates the electrical heartbeats of machines into overall equipment effectiveness metrics and works with any kind of machine that uses electricity, from saws to CNCs. Simply visualizing this information on the shop floor frequently boosts productivity and machine uptime. A lot of shops also learn from their data that machinists often are held back from running machines through no fault of their own, like waiting for inspections or materials or loading parts.

While processes and communication changes solve many bottlenecks caused by various departments, machinists clearly cannot devote time to higher-skilled tasks, such as programming and setting up jobs, when machinists need to manually load parts. By quantifying the downtime caused by loading and unloading and analyzing the trade-off based on a machine’s rate of capacity, manufacturers increasingly are embracing automation solutions like robots to free up time for teams on shop floors. And by getting automated text alerts when machines go down, manufacturers confidently can run unattended production.

We also have had clients add visual “scoreboards” of real-time production metrics after installing automation. This allows everyone to rally around the newly implemented equipment and see that the investment was worthwhile. In addition to helping manufacturers consistently meet their on-time delivery targets by hitting their daily OEE metrics, this boosts employee engagement and morale because staff energy can be invested in more value-added work, such as analyzing data, programming machines and learning skills.

To view a video of this robotic automation at cteplus.delivr.com/22kaf 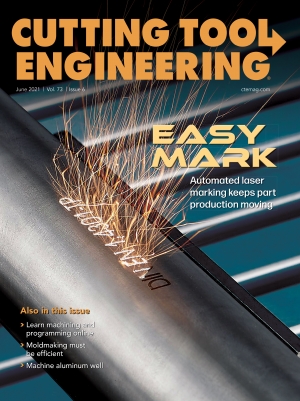