Significant progress has been made in creating a common language for machine tools. However, two organizations have been spearheading separate efforts to reach that goal, causing confusion in the industry.

First came version 1.0 of MTConnect in 2008. Backed by AMT – The Association For Manufacturing Technology, McLean, Virginia, MTConnect is a protocol for data exchange between shop floor equipment and software for monitoring and data analysis. The MTConnect standard offers a semantic vocabulary that machining equipment can use to provide structured data with no proprietary format, eliminating the need to translate data from different sources in a manufacturing system.

Sensors, controllers and other devices are outfitted with MTConnect adapters from a factory or by integrators. An agent running at the control or on a server aggregates data and provides it to software applications. Image courtesy of AMT

Nine years after the launch of MTConnect, the German Machine Tool Builders’ Association, also known as VDW, announced that it would lead an effort to develop a universal machine tool interface. Called by the acronym umati, its goal is to easily, securely and seamlessly integrate machine tools and related equipment into users’ IT systems to facilitate transmission of machine- and production-related data both within companies and to the cloud.

As “universal” implies, VDW and its partners want to make umati a standard for machine tool users worldwide. But why release umati when MTConnect already exists? According to its website, MTConnect was developed by over 300 machine builders, integrators and end users and has been used to connect over 50,000 devices in more than 50 countries.

When the umati project started, all the major machine tool builders that were VDW board members “were fully aware of MTConnect, and some even had implementations,” said Alexander Broos, VDW’s director of research and technology. “But they felt that MTConnect did not serve their needs or that of their customers. Furthermore, even though MTConnect was widely known, they perceived only a very small installation base, especially outside of the U.S., and basically no customer demand.”

He said one reason umati backers are dissatisfied with MTConnect is that it is a read-only standard — that is, it defines only the reading of data from control devices, not the writing of data to those devices.

“In the long run, umati will also (cover) calling routines and writing data,” Broos said, “which is not foreseen in MTConnect.”

“There are good reasons why we decided to start with read,” he said, chiefly involving concerns about the safety and security of MTConnect systems.

Shinbara said MTConnect developers now have published “interfaces” that allow data to flow back and forth between equipment.

He said MTConnect is an information model and a data dictionary filled with terms collected over more than a decade. In contrast, he primarily sees umati as a means of transporting manufacturing data to software applications. Marketing information, however, describes umati as a dictionary for machine tools that permits translation of data coming from proprietary equipment — exactly the purpose of MTConnect’s information model and semantic dictionary, he noted.

Broos countered by pointing out that MTConnect “now provides a huge list of parameters but no identical structure” for data.

As a result, he said, two different MTConnect installations may not be compatible.

“We put a lot of effort into making sure that the structure of the data in the (umati) information model is identical for every connected machine,” Broos said. 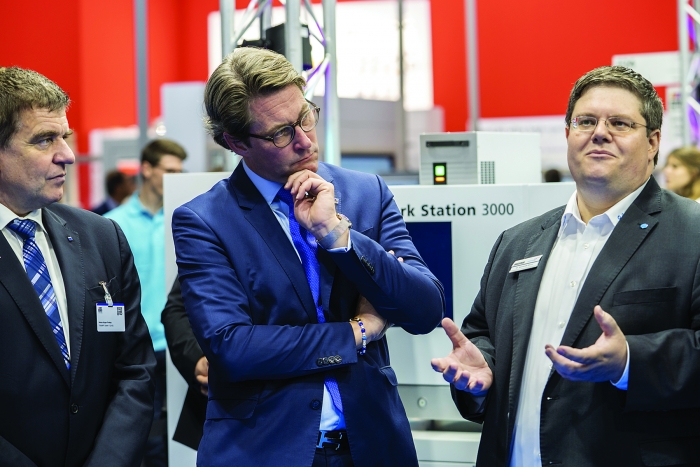 Backers of umati believe that the importance of this was shown at EMO Hannover 2019. The demonstration featured 110 machine tools and 28 software services connected by 70 umati partners from 10 countries. Thanks to umati’s precise information model, all connected machines produced the same data structure, he said. The software developers consequently were able to tap into the entire data pool without having to communicate with any of the machine builders.

Broos expects the first version of umati to be launched by midyear and to cover 10 use cases that help machine operators optimize processes and improve shop floor transparency. All major CNC manufacturers already have committed to supplying umati-ready products, he said.

As for the relationship between umati and MTConnect, people from the two camps “have found common ground to work going forward to ensure that there is harmonization” of the two standards, Shinbara said.

Eventually, he hopes MTConnect and umati will be able to work in a complementary fashion for the same production processes.

Broos thinks that a simple merging or integration of the two may not be feasible, but he believes that VDW and AMT need to “intensify” cooperation because both organizations want to clear up confusion caused by the separate MTConnect and umati initiatives.

Collaboration with AMT, he said, “starts by seeing how we can make use of what has already been defined and incorporate that into the umati model.” 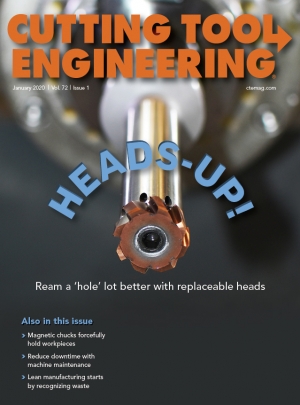