Instead of breaking a saw blade, break it in

Managers at machine shops with saws closely monitor downtime associated with blade changes due to wear or breakage and spend a considerable amount of time and energy finding ways to increase efficiency.

The service life of a bandsaw blade and the quality of the imparted surface finish are not determined solely by the product design from a blade manufacturer. Machine maintenance and operating practices can impact performance.

The sawing process has many variables, including the choice of blade for the job at hand, the selected feed rate and cutting speed, the rake angle and how a saw is broken in.

Saws themselves shouldn’t need to be broken in, but blades do. Breaking in a bandsaw blade essentially means honing each tooth to form a microfine radius. This smoothing removes microscopic rough edges, which could rip off and cause tiny imperfections at the tip of each tooth as a result.

Teeth on new bandsaw blades have very sharp edges, which easily can be chipped unevenly or destroyed if run at full speed with full feed pressure on the initial cuts and not broken in properly.  Image courtesy of L.S. Starrett

A new saw blade is comparable to a newly sharpened pencil point.

“When you first remove the pencil from the sharpener, it will take only the slightest amount of pressure to inadvertently break that point right off at the tip,” said Richard Klipp, president of Morgantown, Pennsylvania-based Behringer Saws Inc. “However, after a few minutes of writing, the point becomes less sharp and ultimately less susceptible to breakage.”

He said the same holds true for a saw blade. Right out of the box, a saw blade tip is very sharp and more susceptible to damage, such as a broken tooth, than after being used for a short period. Blade suppliers therefore often recommend running at a reduced down feed rate—usually 20% to 50% of the suggested rate—until tips are broken in. Afterward, the feed can be set at the recommended rate.

This process allows a blade to travel through the guides and become aligned correctly for cutting. Also, this increases the temperature of the blade, which permits imperfections in the material to bend instead of breaking blade teeth. The warming—followed by natural, inherent cooling—helps strengthen the blade substrate.

“Typically, blades need to be run with break-in in mind for two to three hours,” said Ebony Goldsmith, office manager and bandsaw specialist at Aldan, Pennsylvania-based Kaast Machine Tools Inc. “A blade that is not broken in will likely only last about an hour. A properly broke-in blade should last 100 to 150 hours.”

When a blade is properly broken in, premature tooth edge damage can be avoided. Image courtesy of L.S. Starrett

Saw specialists agree that a broken-in blade should see significantly increased service life yet concede that users may have different perspectives.

“Some feel it is not worthwhile enough to slow down the cutting operation to break in a blade,” said Tim O’Loughlin, saws and hand tools product manager at The L.S. Starrett Co., Athol, Massachusetts. “However, while the break-in
process does involve reducing the feed pressure for the first 25 to 100 sq. in. of cutting, the extra time is compensated many times over in the extended life span of the blade, in addition to the resulting improved surface finish in the cuts.”

While it is best to consult with a blade manufacturer or supplier to determine the optimal blade for an application, some general guidelines are helpful.

The process to break in a bandsaw blade varies depending on the characteristics of the workpiece material, said Jay Gordon, North American sales manager of saws and hand tools at L.S. Starrett. When breaking in a blade, users should run the machine at the normal blade speed.

For softer materials, such as carbon steel and aluminum, adjust the feed to 50% of the normal rate for the first 50 to 100 sq. in. Then, gradually increase the feed rate to 100%, he suggested.

For difficult-to-cut materials, such as nickel-base alloys, hardened steel, tool steel and stainless, adjust the feed rate to 75% of the normal cutting rate for the first 25 to 75 sq. in. Gradually increase the feed rate to reach 100% after 50 sq. in. As the feed increases to the 100% rate, be careful not to create unwanted vibrations by increasing the rate too quickly.

Once teeth are honed and broken in, a blade will cut faster and straighter and last longer than an incorrectly broken-in blade. Following a proper break-in process is a simple, easy way to ensure maximum productivity in a sawing
operation. 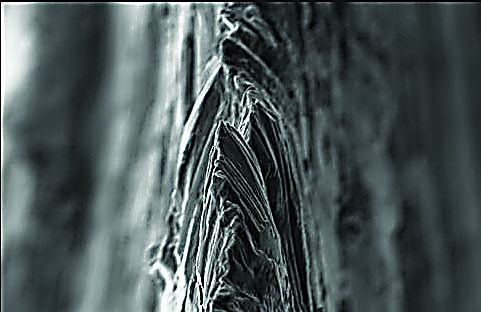 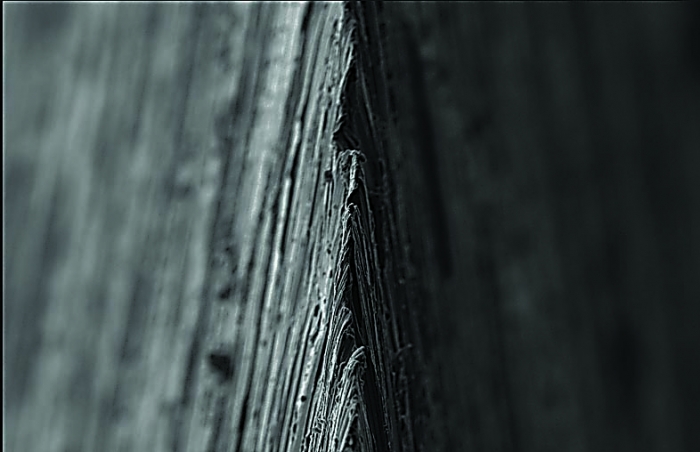 These images show a saw blade before and after the break-in process. The rough edges in the top image are realigned in the bottom image. Images courtesy of Kaast Machine Tools

Blade pitch, defined as the number of teeth per inch, must be selected, O’Loughlin said. The number of teeth that contact a workpiece can affect blade performance and durability. Too many or too few teeth can cause strippage, especially when the feed rate or speed is too high or low.

For example, too many teeth per inch can greatly reduce the cutting speed and ultimately make material impossible to cut. At a lower cutting speed, there is less penetration per tooth, causing more rubbing than cutting, which can result in substantial workhardening of material and strip the teeth. Workhardening also is compounded by an inability to evacuate chips because gullets load up more easily in fine-pitch blades, increasing friction.

Consider whether constant or variable pitch is better. With constant pitch, which is typically for general-purpose sawing, all teeth on a blade have uniform spacing, gullet depths and rake angles throughout the full length. Variable-pitch teeth have varying teeth sizes and gullet depths to substantially reduce noise levels and vibrations. The latter cuts all structurals, tubing and solids smoothly and quickly.

The rake refers to the tooth shape, specifically the angle of the cutting end of the tooth. Most bandsaw blade teeth have a 0° rake or slight positive rake. The more positive the rake is, the more aggressive the blade cuts. A positive angle increases the tilt of the tooth face and is best suited for heavy-wall tubing and thick solids. Straight or less positive rakes are preferred for bundle and structural cutting. A variable rake indicates that teeth are set to different entry angles, resulting in different amounts of material removed by each tooth.

“Choose the proper tooth rake based on the material and shapes to be cut,” Goldsmith said.

Using a high-quality metalcutting fluid is necessary to extend the life of a saw blade. Also, ensure that fluid is mixed in the ratio required for a job. This common sawing problem is avoided easily.

The coolant concentration is determined by the coolant a shop selects. Four main types of coolant are used for sawing.

1. Soluble oil cutting fluids become an emulsion when mixed with water. These have effective heat transfer properties and offer good lubrication. They are popular because they are inexpensive.

2. Synthetic fluids do not contain oil-based products and are made from compounds. Normally diluted when used, synthetics include additives that prevent corrosion. The fluids provide the best cooling when compared with other fluids but are expensive.

3. Straight oils are not diluted or water-soluble. These are made with an oil base and sometimes contain fat and vegetable oils, as well as sulfur and chlorine. Oil-based products present the best lubrication but the worst cooling when compared with other fluids.

4. Semisynthetic fluids are a mix of synthetic and soluble fluids and share some of their characteristics. Semisynthetics are cheaper than synthetics. Insufficiently or overly diluted coolant can result in production of foam, inadequate chip removal or a lack of cooling during the cut.

Also known as down feed, feed pressure represents the amount of force that pushes a blade into material. Feed pressure can be static or adjustable, dependent on the machine being run, and is set by the saw operator.

Feed rate is the speed at which material is removed by the teeth of a blade, usually listed as square ipm. The rate is determined by the material being cut, the blade used and the blade speed.

Blade speed, which typically is measured in sfm, refers to the speed at which a blade travels around the guide wheel. Harder metals, such as steel, require a slower blade speed than softer materials, such as aluminum, to achieve a smooth cut. 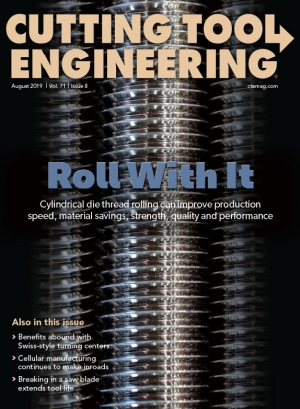