Counterfeit products are found in every industry and have been a problem for decades. While knockoff luxury items and designer merchandise first may come to mind and might seem harmless, counterfeit parts in manufacturing cause significant economic and societal damage.

According to World Trademark Review, the estimated global economic cost of counterfeiting could reach $2.3 trillion by the end of this year. That represents about 5% of world trade. Those are substantial numbers, but the real story lies in the losses suffered by individual manufacturers that fall victim to counterfeiters, which most often operate overseas and elude efforts of national oversight.

“We recently helped a manufacturing client address this very issue,” said Nicholas Kaczmarski, national sales manager at Flushing, Michigan-based Beamer Laser Marking Systems. “They were struggling with excessive warranty costs that involved claims on literally more product than they manufactured. After thorough and time-consuming internal audits and back checking of their manufacturing processes, they learned that the parts returned on these claims were not manufactured by them.”

A manufacturer can avoid this kind of problem before it becomes costly and time-consuming.

He said laser marking expertise can benefit any manufacturer, from small machine shops to the largest companies.

“Laser marking is fast, flexible, repeatable, durable, and it’s a one-button operation,” Kaczmarski said. “It saves time in the manufacturing process — in some cases as much as three minutes per part — because it relies on programmable actions that reduce operator interface. Critical information like serial numbers and other intelligent data can be created with consistency throughout production. This speeds up cycle time and improves productivity while safeguarding quality.”

“Counterfeiters can’t reverse-engineer unique codes, serial numbers and other intelligent information like they can the appearance of a product,” he said. “The unique coded information and data within the markings — created when the part is manufactured — are stored by the manufacturer for future verification. When a part shows up later in the pipeline, it can be verified as authentic. On the other hand, if a counterfeiter simply copies a part marking, the appearance of a duplicate in the system also is an alert to the presence of a counterfeit.”

In addition to being costly to manufacturers and their customers, counterfeits affect human safety. While there is a measurable economic cost from counterfeit parts entering the manufacturing ecosystem, there is a societal cost as well, particularly in industries like automotive and aerospace.

Aircraft generally are designed for a life cycle that may approach 30 years. Because of this, to perform regular maintenance throughout a designated life cycle, it may be necessary to use parts that are no longer produced by original equipment manufacturers but produced to OEM specifications by authorized manufacturers.

“The threat in this industry lies in suspected unapproved parts,” Kaczmarski said. “Counterfeit parts in aerospace may have life-or-death consequences. The U.S. Federal Aviation Administration maintains a dedicated SUP office to coordinate agency activities to identify and eliminate counterfeit parts.”

The automotive industry has similar concerns for safety.

“While some counterfeit automotive parts that fail, like batteries or infotainment electronic components, are an inconvenience, the failure of critical parts — like air bags or brake pads — can be fatal,” Kaczmarski said.

Professional mechanics may find it difficult to distinguish a counterfeit from an original by simply looking at packaging or appearance. Accurate, detailed and direct part marking is critical for identifying authentic parts.

A proactive strategy is the best approach to eliminate the harms of counterfeits.

“Manufacturers in any industry should recognize that direct part marking is not an expense,” Kaczmarski said. “It’s an investment in cost-effectiveness and productivity and a critical deterrent to the negative impact of counterfeit parts.”

According to the National Association of Manufacturers, counterfeit products cost U.S. manufacturers $131 billion in 2019. Fakes also hurt U.S. consumers who aren’t getting what they thought they bought.

The reality of this data hit home for a Beamer Laser Marking Systems customer last year. The U.S.-based manufacturer of off-highway heavy equipment was dealing with a critical warranty issue. There was a high volume of claims on a particular drivetrain component — in fact, they exceeded the number of components manufactured.

Both the manufacturer and its customers were victims of fakes.

“They called us in to develop a preventive solution,” said Nicholas Kaczmarski, national sales manager at Beamer Laser Marking Systems. “The company spent an excessive amount of time and money conducting internal audits and back checking the manufacturing process only to learn that the returned components hadn’t been manufactured by them.”

Additionally, the warranty division at the company had been deeply involved in identifying the fakes, which diverted resources from serving valid customer claims.

Although there is no retroactive fix for this sort of issue, Kaczmarski said proactive measures during the manufacturing process can thwart counterfeiters in any industry. This also prevents reverse engineering attempts as key information is coded into markings that cannot be interpreted correctly outside the proprietary database of a manufacturer.

“Direct-mark parts first,” he said. “For OEMs, as well as for the aftermarket, marking when they’re manufactured heads off the problem of fake parts getting into an organization’s ecosystem.”

Beamer Laser Marking Systems is based in Flushing, Michigan. For more information, call 810-471-3044 or visit www.beamerlasermarking.com. 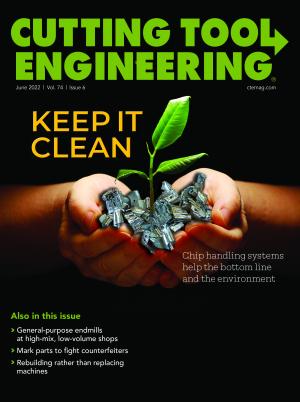