Every lathe and grinder operator has, at one time or another, struggled with workpieces that are out of round, tapered or have poor finish. The "quick fix " is typically replacing centers. The more involved fix requires replacing spindle bearings that appear to have failed prematurely. In either case, the problem goes away initially, only to reoccur a short time later.

In time, and after needless downtime and material and labor costs, it will become obvious that these measures are treating the symptoms, not the root causes of rejected parts. For the purposes of this column, let 's assume the cutting tools or grinding wheel are appropriate to the task, that the workpiece center hole is appropriately sized, and the center (live or dead) is suitable for the machine and load.

Without those issues as possible culprits, what’s left are the two basic factors that control part quality in turning and grinding applications: machine alignment and rigidity. 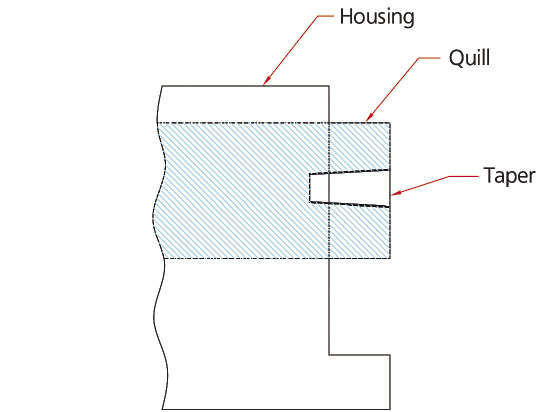 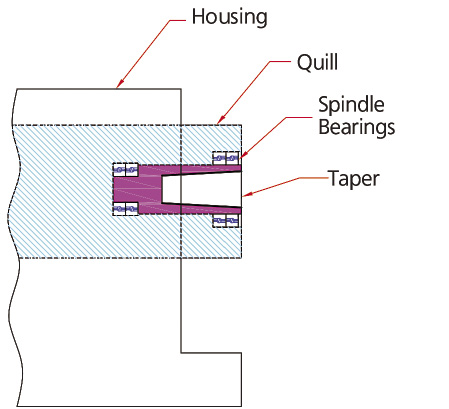 Machine alignment can be a maintenance issue, and maintenance personnel should ensure the headstock and the tailstock are properly aligned. Trained operators can make adjustments for taper if the machine allows such changes.

Rigidity is defined as a machine 's ability to hold a workpiece solidly on center. A lack of rigidity is by far the most common—and the most overlooked—cause of bad parts. Several machine components either contact the workpiece directly or affect the accuracy (concentricity) of its rotation.

The headstock, with its large size and heavy bearings, is not typically the root cause. The tailstock, however, is usually smaller and therefore the more likely source of trouble. Specifically, wear and tear on critical components of the tailstock can be the root cause of poor rigidity.

When dead tailstocks are sent in for repair, the mounting taper is inspected first. The center must fit snugly—the industry standard requires a minimum of 90 percent contact between the taper shank and the mounting taper, with minimal gaps or constrictions. Excessive wear is a primary reason when centers don 't fit firmly.

Properly done, bluing the ID with a taper gage will highlight out-of-roundness or other visible damage to the taper (Figure 3). The bluing should be at least 90 percent visible on all surfaces. Any large gaps or heavy bluing are sure signs of a deformed taper.

Even if the taper is in poor condition, it is a good practice to make further checks. The runout between the taper ID and the quill OD should be measured to ensure alignment is within specifications. This is a check for concentricity to ensure that the taper is centered exactly within the quill. Finally, the quill OD and the housing ID should be checked for size and roundness. It is critical for the quill to fit properly in the housing.

Inspection of live tailstocks includes all the previous steps, but the rotating spindle adds another layer of complexity. The spindle is a primary load-bearing element and should be checked for visible damage, such as wear and cracks. The bearings journals should be scrutinized for wear, size and concentricity. The quill’s ID needs to be carefully inspected for size and roundness to ensure the new spindle bearings will fit properly. The key word in all these checks is “fit.” 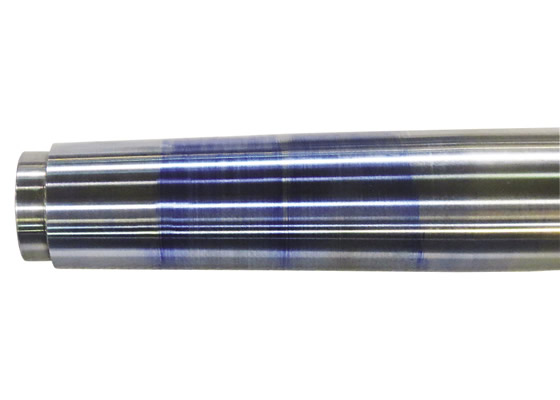 Figure 3. Bluing on a taper gage should be light and even (above). Heavy bluing indicates the taper did not contact the quill interior, while gaps mean the fit was too tight (below). 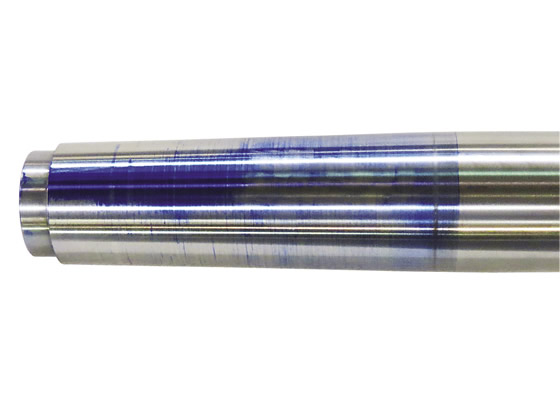 Riten recently received an extremely large live quill for repair after the bearings had failed to the point that the spindle would no longer rotate. It was part of a roll lathe that turned parts weighing 10,000 to 30,000 lbs.

Although the source of the problem was evident, Riten went through the complete inspection procedure in case there were additional issues. The findings were reported to the customer along with the cost and estimated time to complete the repair. 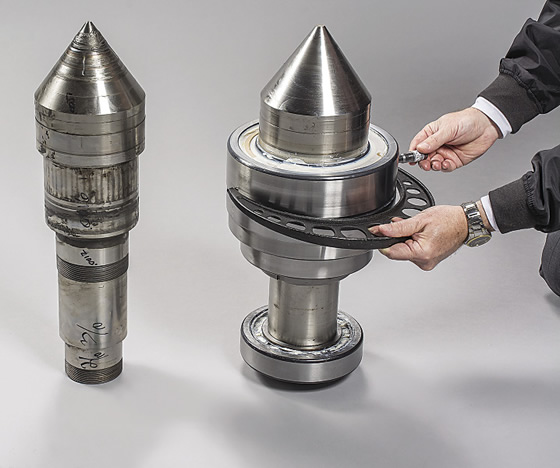 Figure 4a (left). A damaged spindle as received, with failed bearings removed. Figure 4b (right). The remanufactured spindle with new bearings installed. 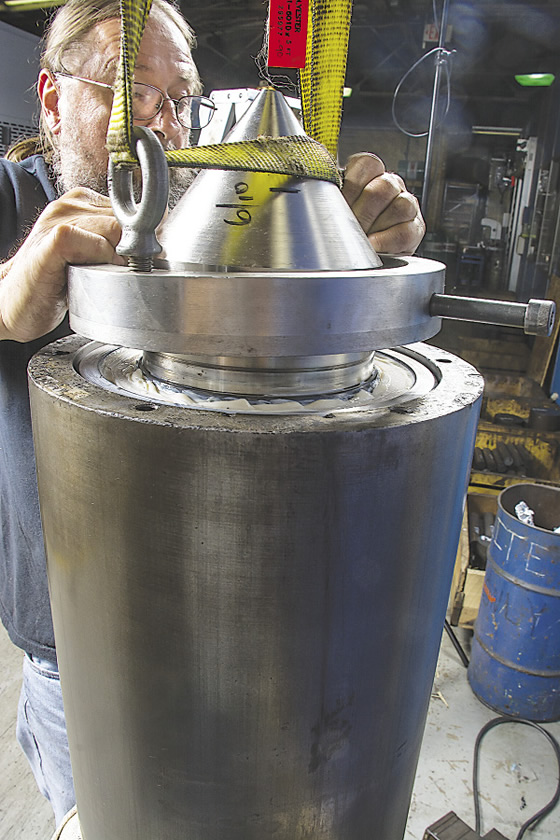 Figure 5. The new spindle is lowered into the repaired quill, achieving a slip fit.

The most economical solution was to remanufacture the spindle bearing journals and lightly grind the taper to remove wear and restore concentricity to the new bearing surfaces. Magnetic particle inspection of the rebuilt spindle was performed to ensure its structural integrity. New bearings were installed, making sure they were matched for size and correctly mounted (Figure 4b).

Because the damage to the quill ID was extensive, it was turned oversize and a bushing was manufactured. Once the bushing was installed, the new bearing surfaces were ground to the proper size. Care was taken to maintain concentricity between the bearing ID and the quill OD.

The final step in the process was inserting the new spindle and bearing assembly into the quill. On smaller quills, a simple press fit is usually sufficient. However, in this instance, the housing was more than 5 ' long, so a more complex slip-fit procedure was required. The spindle was encased in dry ice while a heater was inserted into the quill. During this process, the spindle shrinks and the housing expands. The spindle was then lowered into the quill (Figure 5), and when both were returned to ambient temperature, a precise fit was accomplished. The completed tailstock was then tested to ensure the bearings were functioning properly.

The first signs of excessive bearing wear are noise and elevated temperatures. At this point, a routine bearing replacement should be considered. Ignoring these signs will lead to catastrophic bearing failure and a more costly repair and rebuilding process. CTE