Workholding changeovers are taking a big step forward as a result of the Automation Chuck Change system from Positrol Inc., a manufacturer of workholding equipment, as well as standard and custom products for turning, grinding, milling, balancing and gear making. This advancement pairs the company’s Chuck Change system with an industrial robot so changeovers can be fully automated.

Positrol has offered workholding changeover systems for several decades. However, users could not clamp on the parts in the machine. Instead, users could manually load and clamp a part onto a fixture and then move that fixture from machine to machine. 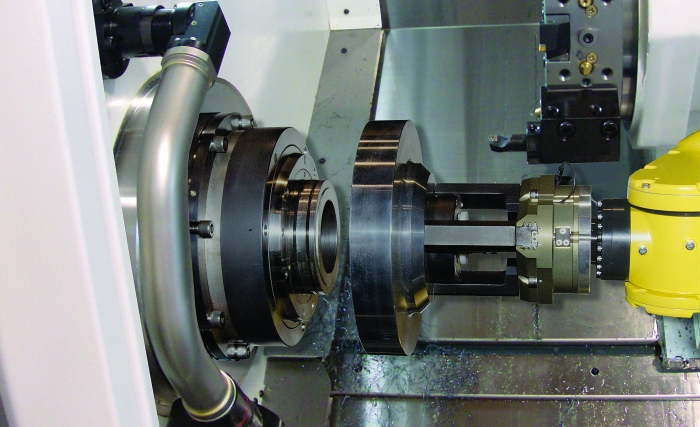 “The purpose of the old system was to take one part through multiple operations in one setup,” according to Sales Manager Josh Pocock. “Due to technology advancements in machining, all of these operations can now be done on one spindle. So the demand for that older system is very low.”

A key advancement is the way the system integrates with robots to form fully automated cells. A robot can both load and unload parts. Furthermore, working with the system, the robot can completely change over the workholding. No manual intervention is needed.

Without any loss to rigidity, the system supports a power-actuated drawbar. Integrating the chuck and drawbar increases the effectiveness of the spindle.

“Not only can a robot load parts,” Pocock said, “but once a series of first operations is completed, the robot can change the tooling and run the same parts back through for a second operation. It allows a machine to be utilized fully.”

Some systems appear to work only with sliding-jaw chucks and do not guarantee radial accuracy, according to Positrol. However, the Automation Chuck Change system is compatible with virtually any workholder. The system also guarantees correct radial orientation.

The system works with various equipment, including mills, lathes, gear equipment and balancers, according to the company. The system can work with any drawbar and a majority of common spindle sizes, and its X, Y and Z axes have repeatability accuracy within 0.0001" total indicator runout. In addition, the system’s angular repeatability is within ±3 arc seconds. The system is sealed to prevent contamination, including chips. As a result, maintenance requirements are lower while changeovers are faster.

A brief video demonstrating the system can be viewed at tinyurl.com/y8okvaom. As shown in the clip, the part can now be loaded and clamped after the workholding is changed over.

For more information about Positrol, Cincinnati, visit www.positrol.com or call 513-272-0500. 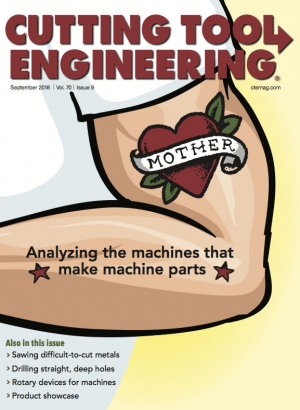