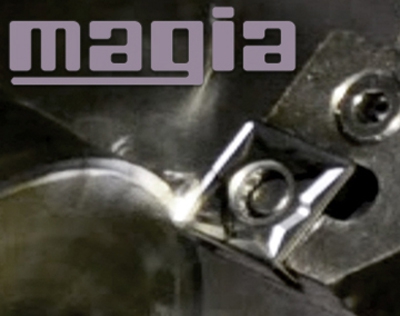 According to Frost, Magia inserts increase depth-of-cut and feed rates compared to standard inserts, while providing excellent surface finish throughout the life of the insert.