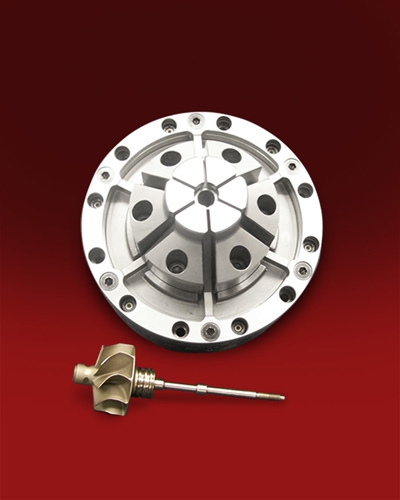 The center of this chuck has a deep bore that swallows and guides the tip of the part onto a spring-loaded center to support the part's tip while the part's underside rests on an axial locator (spider). Once clamped, the ODs of the turbo fins are ground to an exact tolerance.