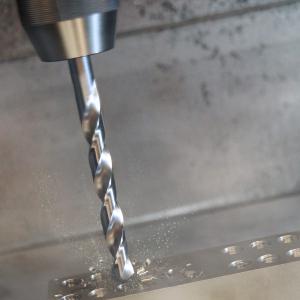 The March 1959 article was titled “High Speed Steel Ain’t Dead Yet!” by John F. McAuliffe, supervisor of cutting tool research at Pratt & Whitney Co. Inc., West Hartford, Connecticut. He covered the ability of HSS to retain a high percentage of its hardness at elevated temperatures and how HSS is much “tougher” than carbide, which means that it can withstand greater impact loads. This toughness enables HSS tools to excel when interrupted cutting.

The August 2018 article, titled “Traditional HSS Tools Meet Needs of Today,” covers the same territory. It was written by Gary Kirchoff and Jesus Nava, product managers at Dormer Pramet Inc., Elgin, Illinois. For example, they stated, “HSS continues to be popular due to its high hardness and wear resistance at an affordable price. But its best feature is its toughness.”

Even the concluding sentences of both articles strike a similar chord. McAuliffe wrote, “With an ever widening choice of high speed steels from which to choose, it is doubtful if this type of material will be replaced as the backbone of tool materials in the foreseeable future.” And Kirchoff and Nava stated, “HSS remains a key component that offers customers what has always been essential: choice.”

Like CTE, HSS also had a different name when it premiered, which was around 1900. It was known as “Taylor-White” steel. I wonder if any remnants remain.