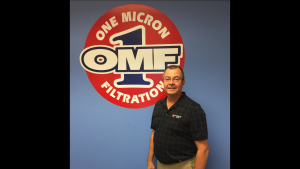 Transor Filter announces that Tom Wagner has been appointed vice president, technical support and service. Wagner has been with Transor since 1985 and has played an integral role in thousands of installations of Transor filters worldwide.

“Tom is respected by his peers and his relationship with our customers is one of the reasons that Transor has grown into such a recognized brand globally,” stated Transor President Irv Kaage. “Our customers have learned to rely on Tom’s extensive expertise of Transor systems that keep them up and running with virtually no downtime.”