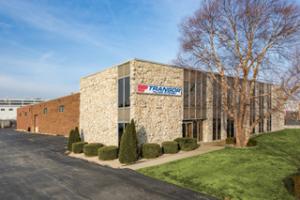 “Over the years we have expanded several times,” stated Kaage, “and this new expanded 35,000 square foot facility in Arlington Heights, Illinois, will enable us to increase production and inventory to meet the growing demands for Transor units with OMF (One Micron Filtration).”

The new home is an additional 35% larger than their previous facility and easily accommodates all administrative, production and service personnel, he said.

“As manufacturers of carbide cutting tools, circular saw blades and PCD tools, along with our initial EDM market, have discovered how OMF significantly impacts their operation,” stated Kaage, “their demand for our filters required us to have additional space for assembly, testing and inventory as well as expanded R&D facilities for new Transor innovations currently in the works.”

Kaage also noted that with the success of Transor’s modular, expandable V-Series, they now have the additional space for increasing their component inventory for the basic modules.