Slow business can have a silver lining

Doug Wetzel, managing director at contract manufacturer Protomatic, Dexter, Mich., is finding business to be slower than he wishes. Like many other U.S. job shops, the 45-year-old company is experiencing a slowdown caused by tumbling oil prices and worldwide political and economic uncertainty. The difference is Wetzel isn’t too worried. His advice to fellow manufacturers is to not let market uncertainty paralyze them from seeing a slowdown’s silver lining— namely, time to prepare for the inevitable upturn. 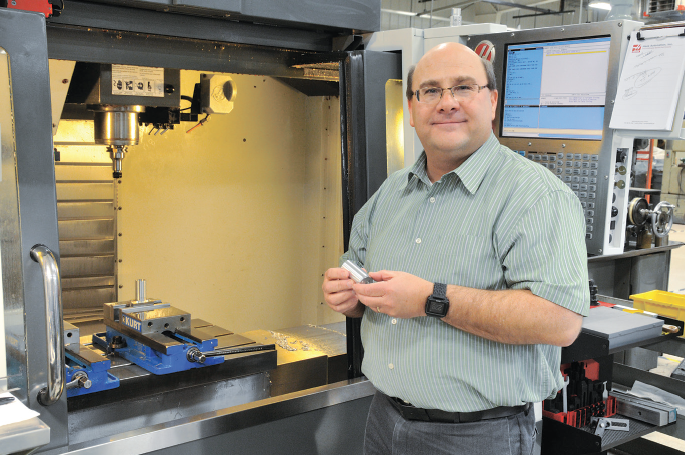 “Even though the political and economic markets are in turmoil, businesses reevaluate the environment and formulate new plans in view of the circumstances. These uncertain times give business leaders time to think and regroup, then implement a solid business approach and a steadfast focus on the future goal,” Wetzel stated in a blog post at tinyurl.com/protomatic-blog. “Focus on the incremental ROI projects that may not have been getting sufficient attention when everyone was so busy. This can lead to real, measurable improvements in areas such as product innovation, quality and manufacturing efficiency, which will, in turn, improve your company’s bottom line.”

Wetzel recently elaborated on this theme at Protomatic’s 30,500-sq.-ft., climate-controlled facility. “My sense of things is that manufacturers, like everyone else, are all overly distracted by news and media streams on our computers, TVs and smartphones,” he told CTE. “There’s just so much data that it becomes hard to focus on what we need to do. I want to remind people that we’ve all been through this before. What we’ve learned to do here is what others should also do—take advantage of it. Push the media away for a little bit, and focus on what makes us strong.”

Wetzel said all companies could benefit from process improvements, and now is an ideal time to examine processes, identify where improvements are needed and work to make them better. “Take that low-hanging fruit at least, if it’s possible.”

Programs in place at Protomatic for 2016 include special projects to gain efficiency, 5S (sort, set in order, shine, standardize and sustain) just-in-time programs to improve organization and softwarebased new-process implementation. He said the company is also conducting skills-based training on new equipment with a focus on its younger workers and implementing automation plans.

What may come as a surprise is that most of the activities aren’t expensive, according to Wetzel.

“You don’t need to spend a lot of money to improve some aspects of how your company works,” he noted. “And it’s good to remember, in any case, that problems are not always solved by buying a solution— by buying that faster widget.”

Another reason why Wetzel is willing to see a silver lining in a downturn may be because Protomatic had its genesis in one: the space race, which started winding down after the success of the Apollo missions at the end of the 1960s. His father, aerospace engineer Bill Wetzel, found himself out of a job and decided to launch a small machine shop in 1971.

Forty-five years later, with customers in aerospace, medical, automotive and other industries, Protomatic is readying itself for whatever comes next.