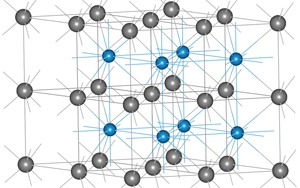 Workers in the hardmetal industry are not at increased risk for lung cancer or any of 63 other potential causes of death, concluded the largest and most definitive study on this population to date. The results are being presented by the study investigators this week at the 26th International Symposium on Epidemiology in Occupational Health annual meeting in Edinburgh, Scotland, and will be published in an upcoming issue of the Journal of Occupational and Environmental Medicine as a series of eight articles.

The University of Pittsburgh Graduate School of Public Health-led study of more than 32,000 workers in five countries was performed after smaller French and Swedish studies indicated that tungsten carbide with a cobalt binder—the primary ingredients in hardmetal—may be linked to an increased risk of lung cancer. Hardmetal is a human-made substance second only to diamond in terms of its hardness, and is used in products ranging from metal cutting tools and drill bits to snowplow blades.

“Our findings will affect regulatory agencies and how they set exposure standards,” said principal investigator Gary M. Marsh, Ph.D., professor of biostatistics at Pitt Public Health and director and founder of the school’s Center for Occupational Biostatistics & Epidemiology. “It is very good news that the workers in this industry are not at increased risk of death due to the materials used in their occupation, both for the employees and for the hardmetal industry.”

Pitt Public Health coordinated the study, which involved workers at three companies and 17 manufacturing sites in the U.S., United Kingdom, Austria, Germany and Sweden, and led the analysis that combined the individual country findings. The research was initiated and funded by the International Tungsten Industry Association, which is the primary trade organization for the hardmetal industry. The Pennsylvania Department of Health also provided funding.

Hardmetal is typically made by heating tungsten and carbon to form tungsten carbide powder, then adding powdered binders such as cobalt or nickel. The hardmetal powder mixture is pressed or formed into shape before heating the product to more than one thousand degrees Celsius. The hardened product may then be finish machined.

Because cobalt has been shown to cause cancer in animals and can be a serious lung irritant, the workers wear closed hoods with full respirators when handling the powdered metals without technical controls.

While there was no increased risk of death on average for the hardmetal employees, including those who had worked in the industry for decades or in the 1950s before modern respirators, the researchers did find small excesses in lung cancer mortality among short-term workers who were employed in the hardmetal industry for less than a year, compared with long-term workers.

“These findings in short-term workers are unlikely due to occupational factors in the hardmetal industry,” said Marsh, who also is a professor in the departments of Epidemiology and Clinical & Translational Science at Pitt. “Instead they are more likely due to differences in lifestyle and behavior that could impact lung cancer risk, such as higher smoking rates.”

Additionally, median worker exposure levels for tungsten, cobalt and nickel were all below the American Conference of Governmental Industrial Hygienists’ “threshold limit values for airborne concentrations of chemical substances,” which is one set of standards recommended by the Occupational Safety and Health Administration.

Information provided by University of Pittsburgh Schools of the Health Sciences