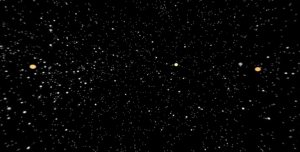 If you’re reading this, it means that Earth wasn’t destroyed.

On Feb. 9, the asteroid 2018 CB passed overhead with just 39,000 miles to spare—well within the moon’s orbit and, by outer space standards, way too close for comfort.

The pocket protector-toting space nerds at NASA call the asteroid a near-Earth object, which is defined as any object that passes through our solar system at less than 1.3 astronomical units (about 120 million miles) from the sun.

Compared with other NEOs, 2018 CB is not all that big—figure no larger than a three-bedroom house. But it is noteworthy that the estimated 220,000-ton object is traveling at 5 miles per second. If the NEO hit Chicago, no one would be worrying about the Cubs’ chances for the World Series next season. And if the asteroid landed in Washington, D.C., the budget stalemate would finally be over, although I would have liked to see the Lincoln Memorial and the Vietnam Veterans Memorial.

What’s any of this have to do with manufacturing? Plenty. Because without asteroids, it’s entirely possible that early humans would never have discovered iron. Historians suggest that nickel-rich meteoric iron was used to make weapons and tools back when bronze and copper were still all the rage. Is it possible that without the “metal from heaven” that ancient manufacturers found lying about the countryside, the processes of iron ore smelting and then steelmaking may have been delayed for millennia or perhaps never developed at all?

Never mind the fact that without asteroids, dinosaurs might still be clomping about our planet. So much for the next Jurassic Park movie. The Chesapeake Bay wouldn’t exist (no clam chowder), nor would anyone be fishing the shores of the Manicouagan Reservoir in Quebec. From a big-picture perspective, asteroids do good things, at least for those who survive them.