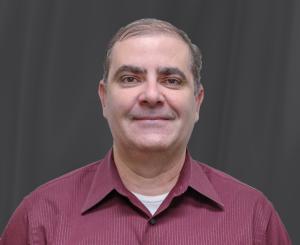 SUDBURY, MA. U.S.A. (September 4, 2018) – Methods Machine Tools, Inc. (www.methodsmachine.com), a North American supplier of precision machine tools and automation, has announced that Mr. Sergio Tondato has been appointed as Nakamura-Tome Product Manager. Tondato has stepped into the role as Mr. Richard Parenteau, Director of Application Development / Nakamura-Tome, retired from Methods after 29 years of service with the company.

"We are wishing Rich all the best in his retirement and warmly welcoming Sergio onboard," said Mr. Jerry Rex, President and CEO of Methods Machine Tools, Inc. "We are looking forward to Sergio bringing his machine tool knowledge in addition to his prior experience with Methods, to our key Nakamura Multitasking Turning Centers Line." Methods has been the exclusive U.S. importer of premier Nakamura-Tome Multitasking Turning Centers for 35 years.

Tondato's background in the machine tool and manufacturing industries spans over 28 years. Prior to joining Methods in his current role, Tondato has held various positions such as Director of Sales with FANUC America Corporation, Regional Manager for a production machining company and Applications Engineering Manager for the Methods’ Michigan office.