Manufacturer meets its need for speed with CAM system

Headquartered in Marijampolė, Lithuania, industrial manufacturer Stevila offers precision CNC milling and turning and assembly services on a subcontracting basis, producing parts based on customers’ designs in varying batch sizes. Employing an impressive array of CNC equipment in combination with traditional non-programmed metalworking machines, the company serves clients and partners throughout Europe’s energy, automation, medical, printing machines and other industries. Parts produced by Stevila include everything from expansion bushes and cleaning nozzles to drive-sensor adjust blocks and parts for brake discs. 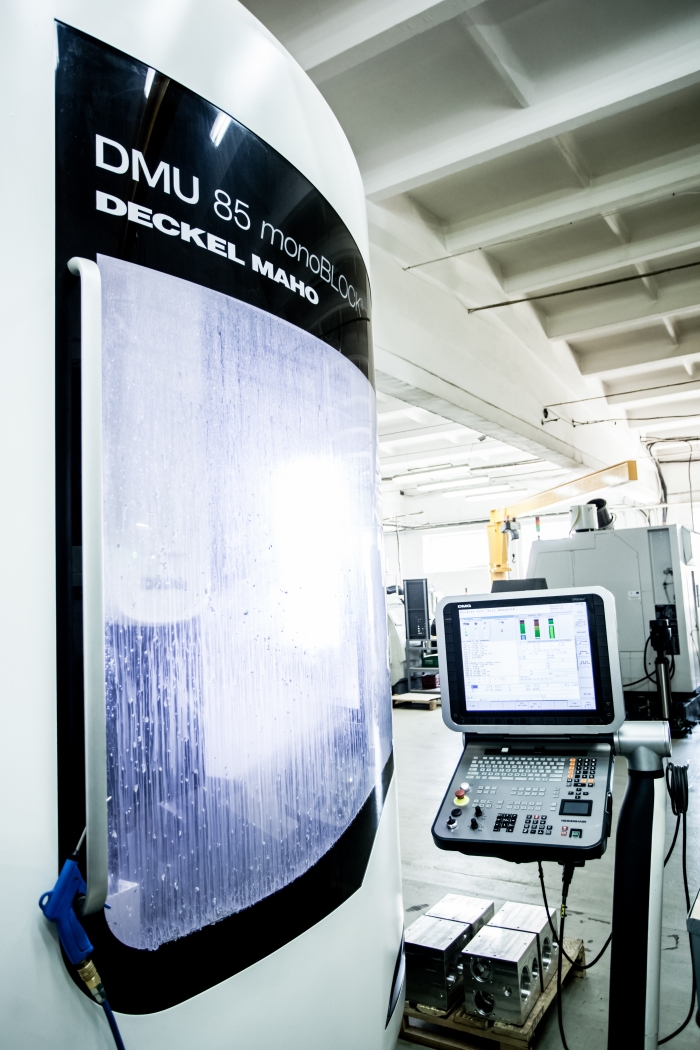 Founded in 1997 with only three employees and four antiquated Russian machines, the company has since expanded to 140 employees, including seven CAM programmers, and more than six dozen modern and conventional machines, all housed within its 4,500 sq.-m shop floor. Stevila's facility employs 30 CNC turning lathes and turning-milling centers and 30 CNC vertical and horizontal milling centers. Although most of its jobs involve medium-sized batches of about 50 to 500 pieces, the factory also has three Citizen Cincom A32VII, L32XII and L20X swiss-type lathes, where batches of up to 20,000 pieces can be produced.

Stevila's machinists work primarily from stocks containing structural, free-cutting and stainless steel, as well as aluminum, bronze, plastic and titanium, most of which are warehoused onsite to ensure timely production of urgent orders. In general, the diameter required for turned parts varies from 4 to 2000 mm and Stevila is equipped to mill even the bulkiest parts. One of its more recent investments, an FPT Verus Italian 5-axis milling center with turning function, allows the company to mill up to 6,000 mm x 2,000 mm x 1,500 mm. 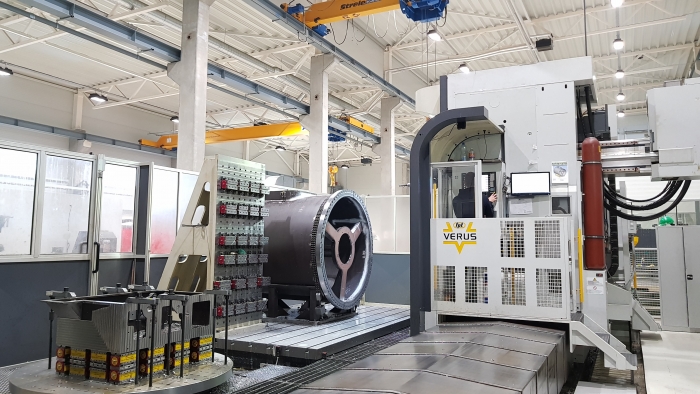 From the beginning, Stevila management established a clear objective for the company: To become the preferred business partner for customers by providing exceptional quality of service, including timely fulfillment of orders and zero-defect manufacturing. To achieve this goal, Stevila adopted priority strategies that included employing state-of-the-art technologies, including the newest tools and equipment, and implementing new production planning methodologies.

In assessing its manufacturing processes, company management noted numerous difficulties associated with running such a large number of CNC machines, each with different programming methods and interfaces. “It was difficult to move parts production from one machine to another, as they all had different controls,” said Vilius Senkus, director of Stevila. “For example, if we were machining a part on two machines and the programming needed to be revised, we had to make a completely new program for each machine for the same part. It was very time-consuming.”

Another factor hindering optimal production was the inability of machinists to visualize exactly how a program would run in the actual machine environment. “We were unable to validate a program before running the part on the machine. This left us vulnerable to errors that could result in collisions, damaging our tool assemblies and workpieces,” says Senkus. It also limited the programmer’s ability to evaluate and, if necessary, modify the program to ensure that it conformed to the customer’s design intent.

To address the dual challenges of programming multiple machines and needing to graphically verify toolpaths, Stevila sought a single CAM system that could program and coordinate all its CNC equipment while also providing a virtual preview of how the programs will work when they’re actually run. 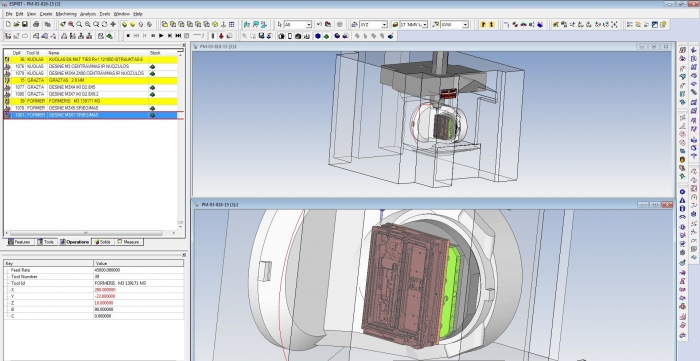 Management had been familiar with the Esprit CAM system for some time. The company first became acquainted with the software when it was a Mori Seiki dealer from 2005-2013, a period when the machine tool builder began offering machines with Esprit software incorporated. After attending Esprit training courses — initially for beginners, later for advanced users — Stevila engineers became proficient with the software and it was subsequently implemented as the sole CAM system for Stevila’s entire factory.

Once the CAM system was implemented, the advantages offered by the system’s advanced capabilities quickly became apparent. A key improvement was that engineers no longer had to create multiple programs to machine the same part on different machines. “We now have a single user interface to program all our CNC machines," Senkus said. “With ESPRIT we only have to make one program of the part and save it on a PC. Then we just use the software's post processor to convert it seamlessly into the G-code program for a specific machine.” 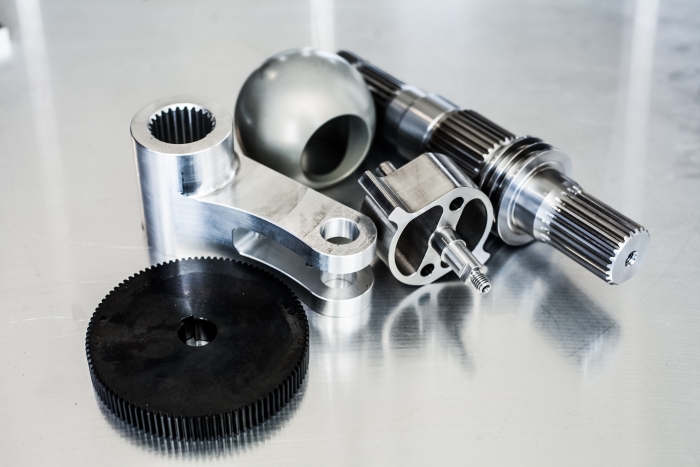 A selection of Stevila's machined parts.

Senkus also noted that machine collisions are no longer an issue. Thanks to Esprit’s accurate, full-color simulations of the complete machining environment, any interferences or mistakes in the toolpath or setup can be seen and corrected before the first part is run. "Esprit's ability to simulate machining operations lets us visualize all the movements in the program and check the machining — virtually — before actual machining begins. This helps us avoid machine crashes."

Eliminating downtime from crashes or toolpath errors not only translates into lower machining costs, it also means faster delivery times.

Esprit’s machining capabilities and automated programming features have also simplified the programming of highly complex parts, which in turn has expanded the range of components that Stevila is able to produce. "Using ESPRIT we can create 5-axis simultaneous machining programs for parts with extremely complicated geometrical shapes, which would have been impossible earlier,” Senku said.

Of course, Stevila engineers periodically need help with a programming issue or need information involving a specific operation. When that occurs, Senkus said they are usually able to quickly resolve the issue through use of Esprit Web, the software’s online tech support site. “Esprit Web is really fast and helpful. We also find some answers in the frequently asked questions and in the discussion group.” 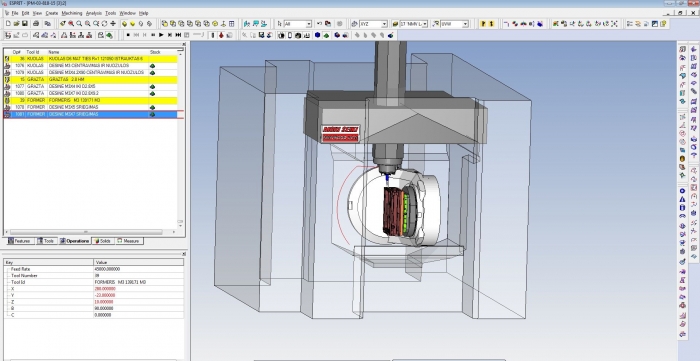 An Esprit simulation to validate the laser housing, prior to moving the part into full production.

With help from the CAM system, Stevila has attained its goal of higher production quality and shorter delivery times. More efficient programming has reduced the company’s production costs while the capacity to program at higher levels of complexity potentially opens up new markets for the company. Stevila’s ever-growing list of customers now includes more than 60 industry leaders, including Siemens, the German automotive manufacturing company Continental and Swiss-Swedish multinational corporation ABB.

Despite its success, it’s clear that resting on its laurels is not in Stevila’s playbook. In manufacturing, growing customer demands inevitably present new challenges and further investments in production are already in the pipeline. For example, the company plans to further strengthen its 5-axis milling and turn-mill capabilities while generally moving in the direction of greater complexity — not just in the mill-turn parts it manufactures, but also in assembly.

With Esprit as its CAM system, Stevila is well-equipped to continue its success as a market leader in providing CNC machining services. As Senkus said, “For us, Esprit is the right tool.” 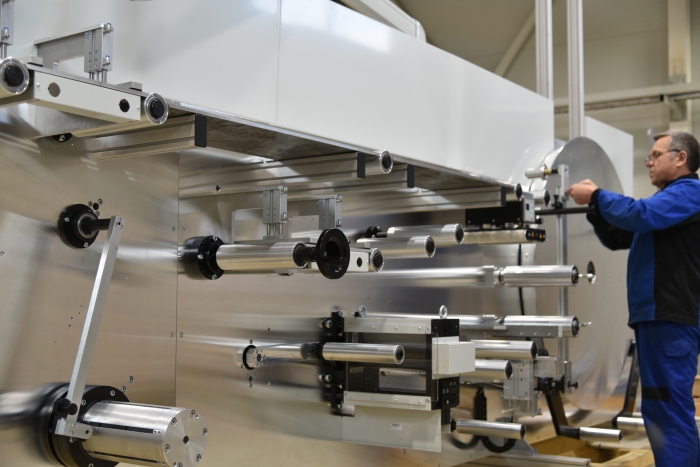 In addition to batches of individual parts, Stevila also produces assembled products in large and small series. Required standard components, such as bearings, spindles or pneumatic components, can be purchased either from the supplier or from the customer.